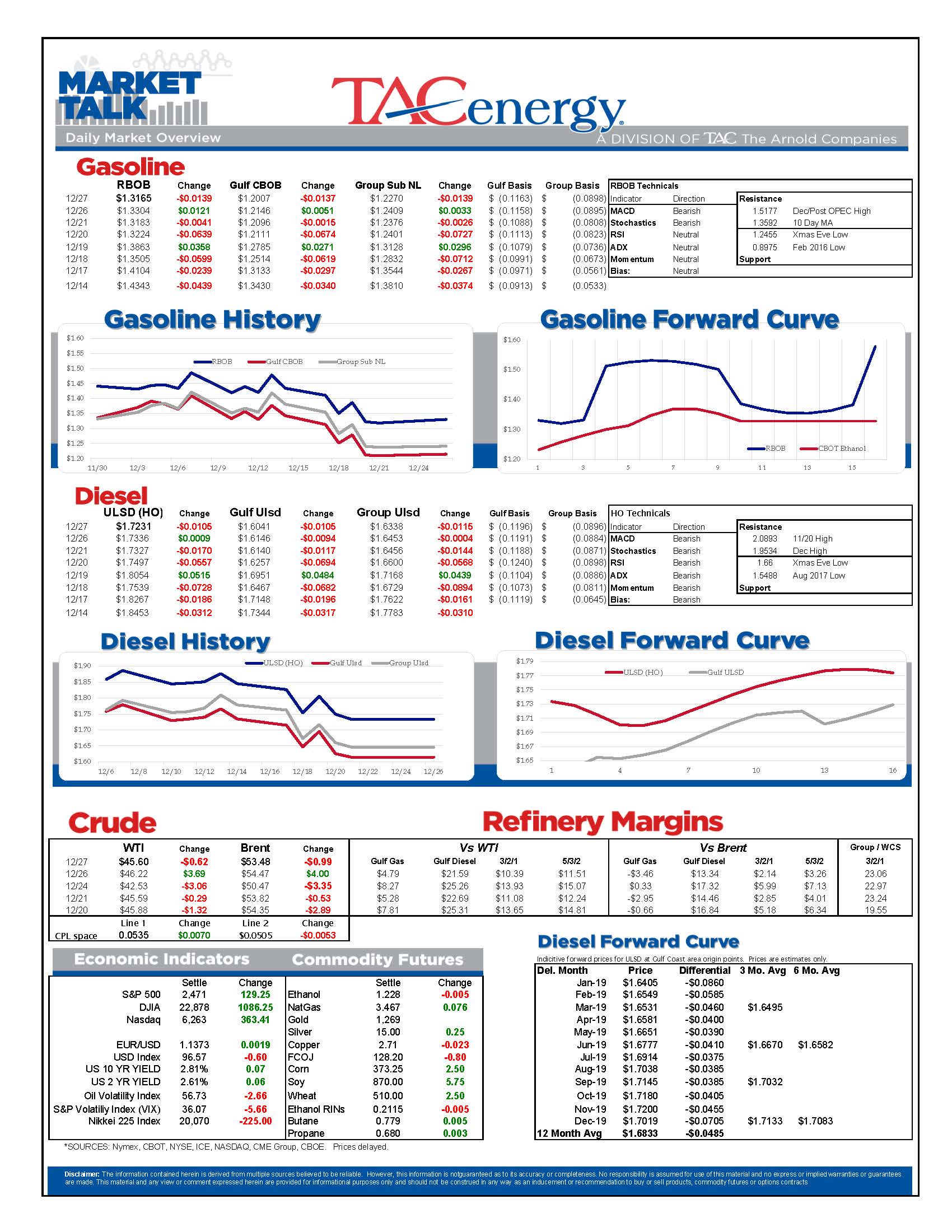 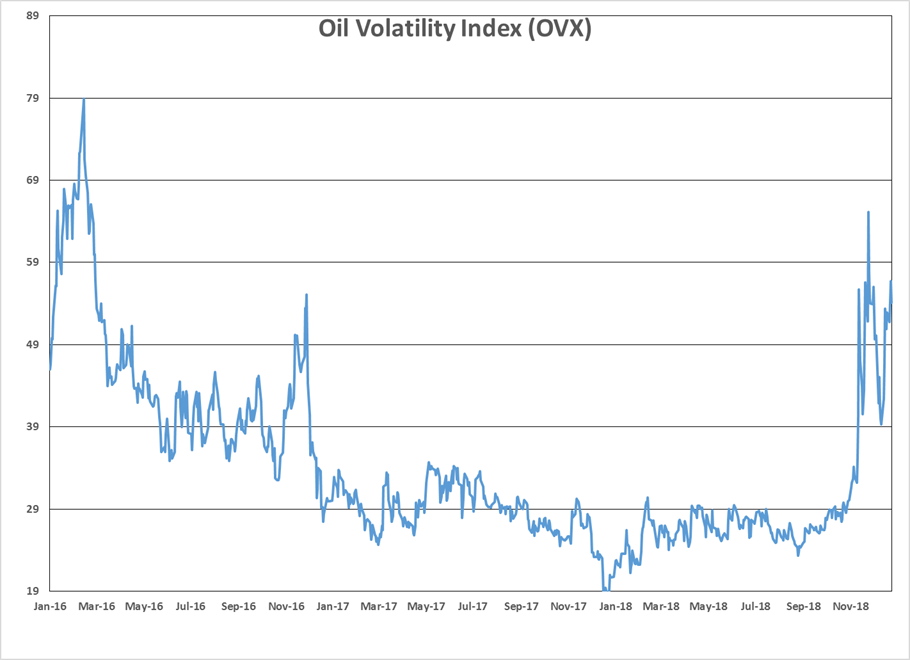 Petroleum Futures Bought Back All That Was Lost

The bulls said no yesterday as the big three petroleum futures bought back all that was lost on Christmas Eve. On twice the traded volume as Monday, refined products popped between 4% and 6% this Boxing Day while crude added a whopping 8% with a gain of $3.50 per barrel.

On the physical side of things, since most benchmarks didn’t publish prices on Monday, buyers and sellers of wet gallons were looking at the net change between the 24th and 26th, which had gasoline gaining a relatively dull 1.2 cents while diesel remained flat .

The weekly inventory report published by the Department of Energy has been rescheduled to Friday at 11am EST. So far it doesn’t look like that agency has been affected by partial government shutdown, which so far has only impacted less important departments like Homeland Security.

OPEC has a laundry list of uncertainties facing it over the next 12 months, perhaps chief of which is proposed American legislation that would allow legal action to be taken against the cartel for price manipulation. The NOPEC Act is already being blamed for Qatar’s departure in November.

Prices are pulling back this morning, taking a breather from yesterday’s rally, and doing little to quell the idea that volatility will be the name of the game going into the new year. The Oil Volatility Index (OVX) is hitting levels not seen since Q1 2016 when WTI had enough of the 2014-15 price collapsed and started a new bullish trend.

While whether or not the capitulation in prices over the last three months is in fact the beginning of a new long term trend, 2019 is poised to be a wild ride.