Prices Drop In Wake Of Violence

In the wake of Iranian missile attacks on U.S. troops in Iraq, Tuesday nights’ eight cent gains for refined products quickly turned into losses once it appeared that no return fire was coming. Some bearish stats from the DOE report added to the selling, and when the dust settled, we ended up with the largest intra-day price drop for futures since 2011.

The collapse in the wake of a new level of violence was certainly surprising to many, but might be best summarized as a 'buy the rumor, sell the news' phenomenon after months of saber rattling turned into a non-event, and those longs that had been building in anticipation of the inevitable U.S./Iran showdown may have decided to head for the exits. Unfortunately we won’t see the CFTC COT report that includes Wednesday’s activity until Friday, January 15, and there’s plenty that could happen in the meantime to know for sure who was behind the meltdown.

Of course the question after a day like Wednesday is: where do we go from here? From a chart perspective, the outside down reversal pattern caused by the big head fake is definitely a bearish signal. The move also wiped out the near term chart support around $1.70 for RBOB and $2.00 for ULSD, which sets up a test of the lower end of the winter ranges some four to five cents below current values. With little fundamentally to push prices up this time of year (with warmer than normal weather), it looks like the path of least resistance is lower for the next week or two.

The first DOE inventory report of the year painted a gloomy picture for U.S. energy producers, with inventories building even more than normal for this time of year, while demand estimates are sluggish at best.

Total U.S. petroleum consumption is holding near its previous five year average, but well below the first week of January in 2018 and 2019. The weekly consumption estimates are notoriously volatile for a number of reasons, and the timing of the holiday season no doubt plays a part, so it’s not panic time yet for refiners, but they’ll likely be holding their breath for a week or two until they see these numbers bounce back.

Speaking of refiners, yesterday’s report showed a decrease in refinery runs across all five PADDs, which helps to explain some of the strength we’ve seen in Gulf Coast and west coast basis values lately. We expect to see run rates drop over the next four to five weeks as plants do maintenance work ahead of the spring. 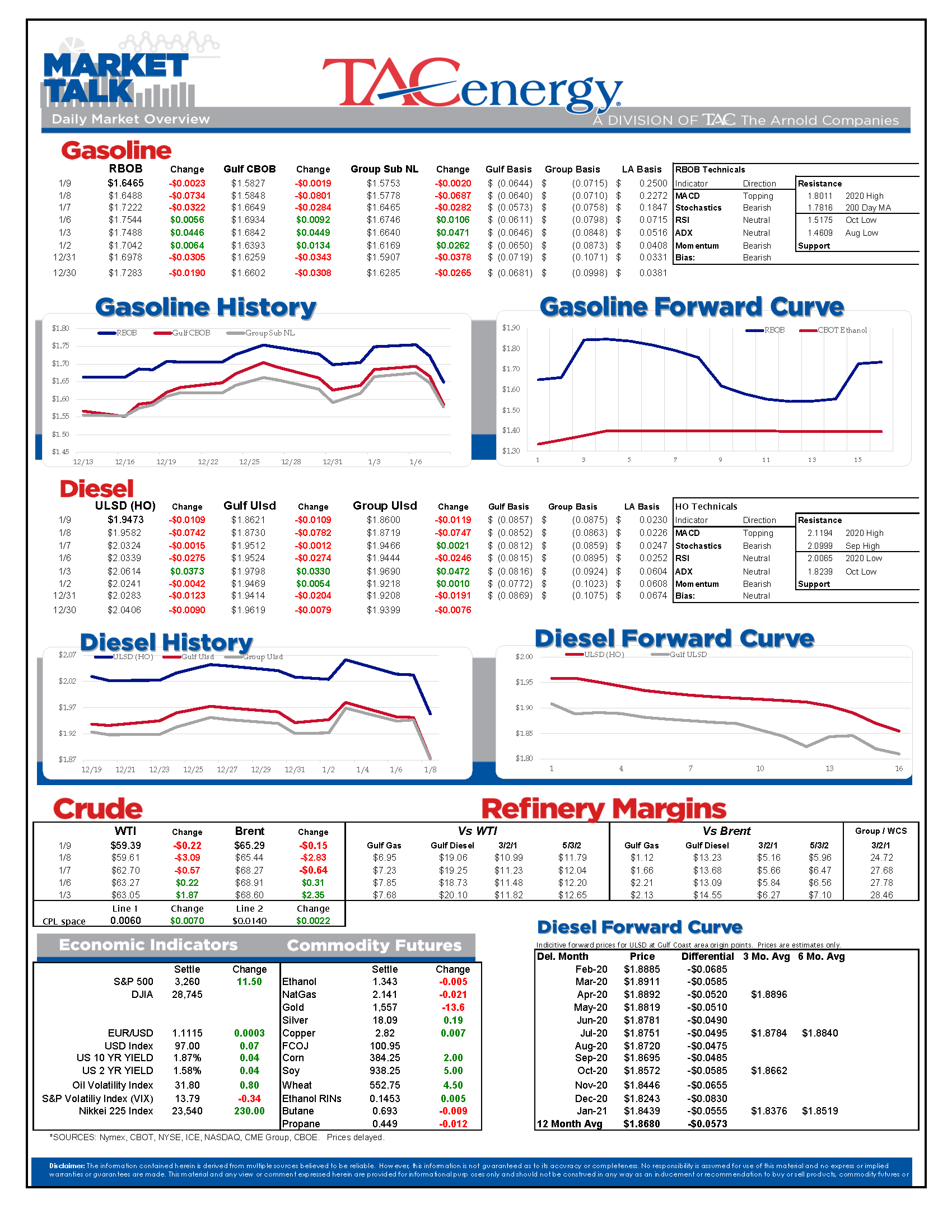 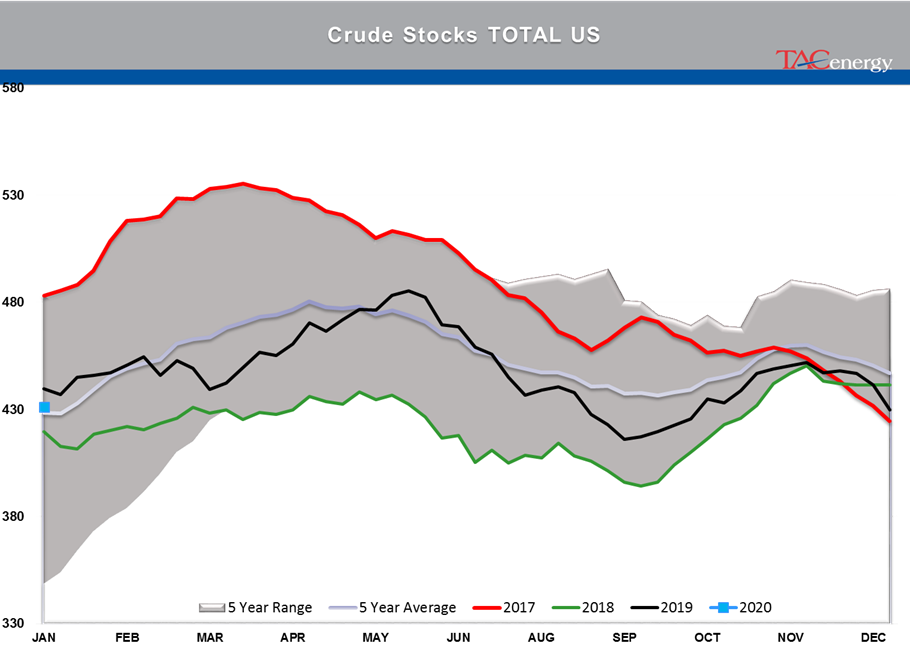 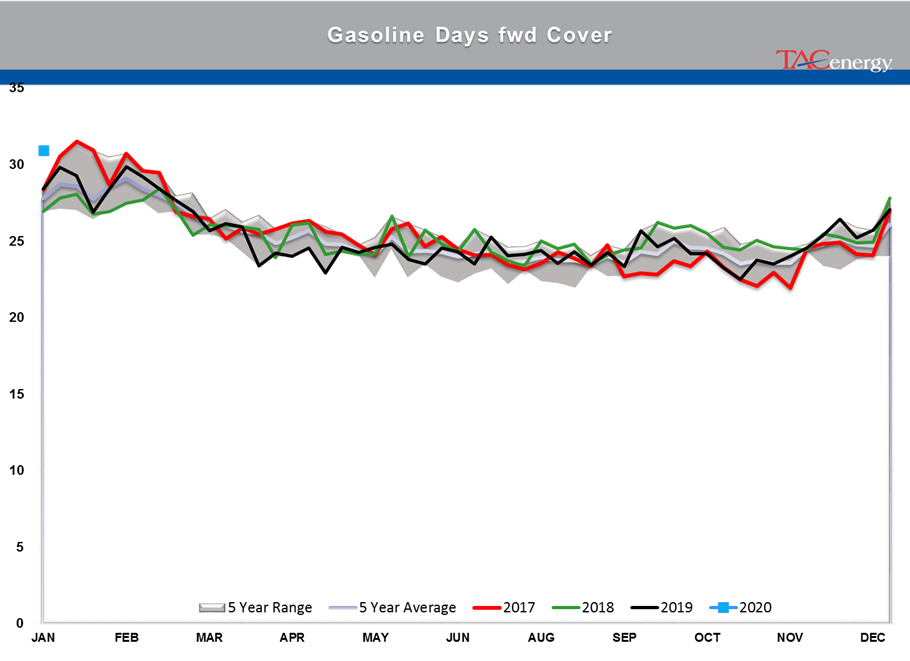