Prices Have Gone Nowhere In Spite Of Attacks

Bearish fundamental data from the API, OPEC and the IEA, and perhaps another soft start for US equity markets, are outweighing the threat of a supply disruption in the Middle East this week, as prices have essentially gone nowhere in spite of attacks on the world’s most important shipping bottleneck for crude and one of its largest pipelines.

The US state department ordered non-emergency personnel to leave Iraq, as the tensions in the region have escalated dramatically over the past few days and due to an “…increased threat stream.” So far the oil markets are not acting as though this is the next step on the path to a confrontation with Iran, as oil and product prices did not make much of a reaction to the news overnight and are holding modestly in the red this morning.

The API was said to show across-the-board builds in energy inventories, most notably an 8.6 million barrel build in US Crude oil stocks, while diesel increased by 2.2 million barrels, and gasoline stocks ticked up by 567,000 barrels. The DOE’s weekly report is due out at its normal time of 9:30 central today.

The fears of Iranian oil export declines due to sanctions were tempered by OPEC’s monthly oil market report that showed gains from Iraq, Libya and Nigeria were more than enough to offset Iran’s decrease, with the Saudi’s still taking the role of the flywheel to balance the cartel’s production. OPEC held its global oil supply & demand estimates steady from last month

The IEA’s monthly oil market report noted a sharp slowdown in oil consumption in Q1 2019, and revised its global demand estimate lower for the rest of the year, citing weaker economic data from Brazil, China, Japan and Korea among others for the weaker outlook. The counter-OPEC agency also noted the relative calm in oil markets given the rising tensions in the Middle East, declining OPEC production and quality issues with Russian oil as new supply sources manage act to insulate the market from more volatility.

Most of the time, the OPEC monthly report gets cited only for its oil production figures, but the report had several other noteworthy items as well.

“In April, refining margins globally saw a counter-seasonal positive performance, as the tightness in the gasoline market witnessed in the previous month prevailed, providing stimulus for trade flows amid limited product output. Meanwhile, the peak spring refinery maintenance season is slowly approaching its end. In all main trading hubs, markets of all other key products, with the exception of gasoline, witnessed losses, in line with seasonal trends and given the recently increasing supply-side pressure.” 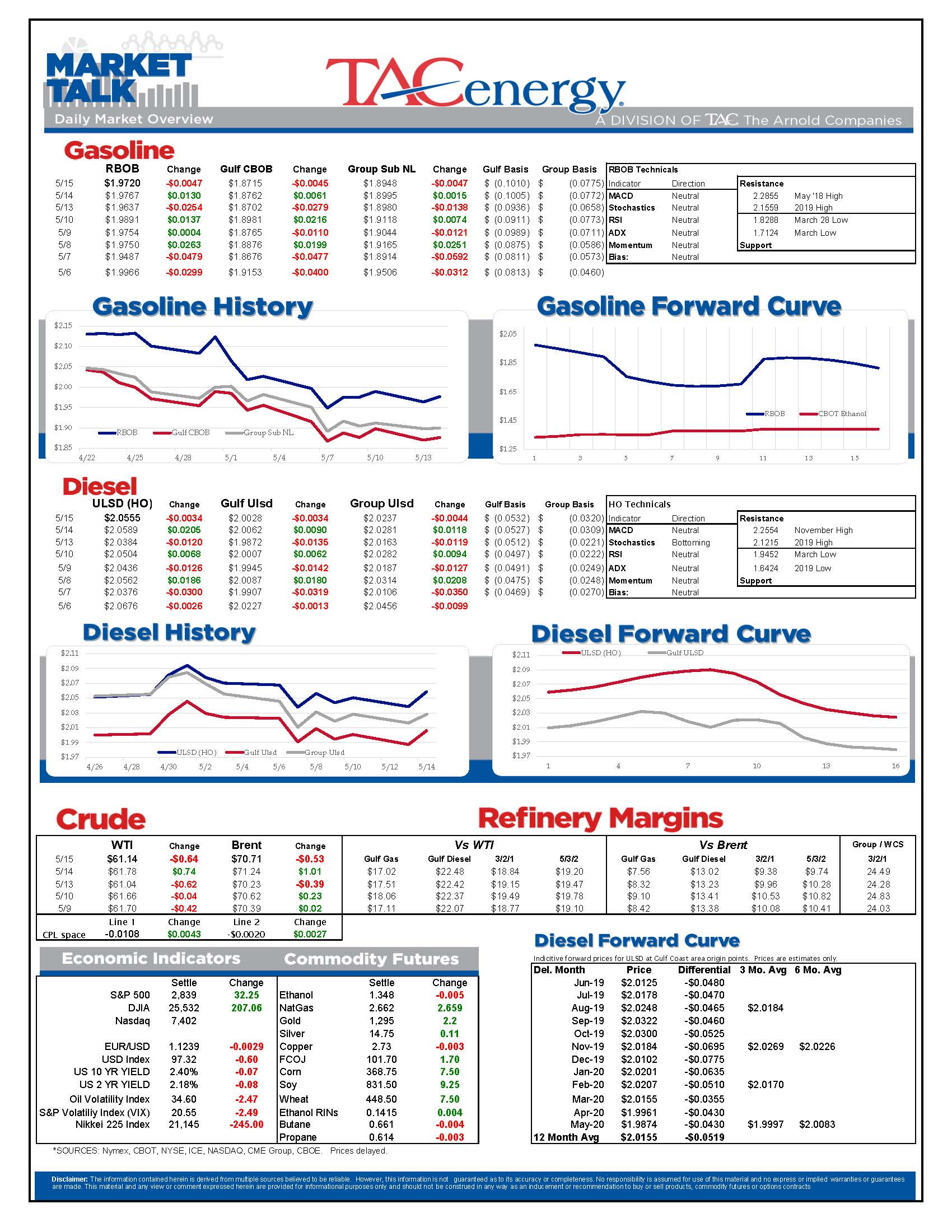 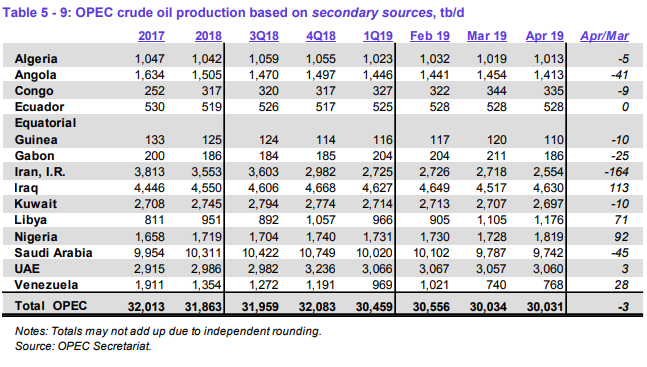