Prices Up This Morning

Prices are up this morning after reports that the American Petroleum Institute is estimating a crude oil inventory draw of 3.5 million barrels last week, the first drawdown the API has reported in 8 weeks. Gasoline stocks likewise fell by just under half a million barrels but futures are nonetheless jumping in tandem with crude oil, bringing diesel futures along for the ride.

Tropical storm Chantal has formed out in the Atlantic over the past couple days, positioning to ride south along the eastern seaboard later this month, according to the EIA’s weather disruption tracker. Other reports are deeming the storm to pose no threat of landfall as it matures, estimating its formation to fizzle out to a mere depression over the next couple weeks. The energy industry will keep this development on its literal and figurative radar as it makes its way towards the American mainland.

Amid tanker seizures and drone attacks dominating the news out of the Middle East, focus is now shifting to the “countdown clock” used to describe the coming end to the weapons embargo on Iran. The UN’s sanction on arms sales to Tehran is scheduled to expire in October of 2020, 5 years after its adoption. An uptick in related activity could put buying pressure on energy prices, adding to the region’s uncertainty and, what some are deeming, turmoil.

Renewable Identification Number prices jumped yesterday as President Trump’s cabinet assured farmers that the worst is over after granting 31 small refinery waivers earlier this month. Ethanol RIN prices added 3 cents, up from ~10.5 cents on the news.

The Department of Energy’s weekly inventory report is due out at 9:30 CDT today and traders will be watching to see if it agrees with the API’s publication. Similar draws could bolster this morning’s bullish sentiment and set the tone for the remainder of this week’s trading, barring headlines from OPEC and the like. 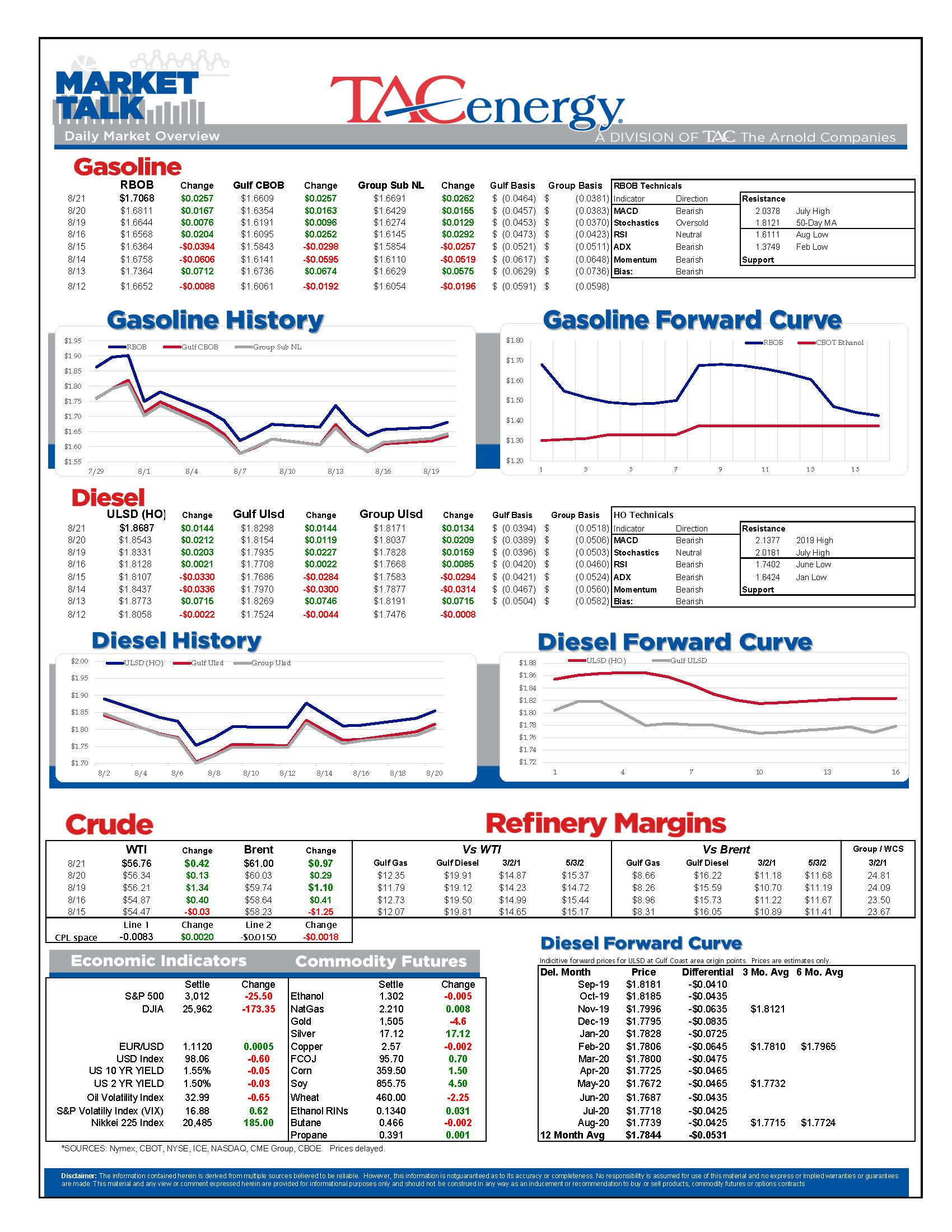 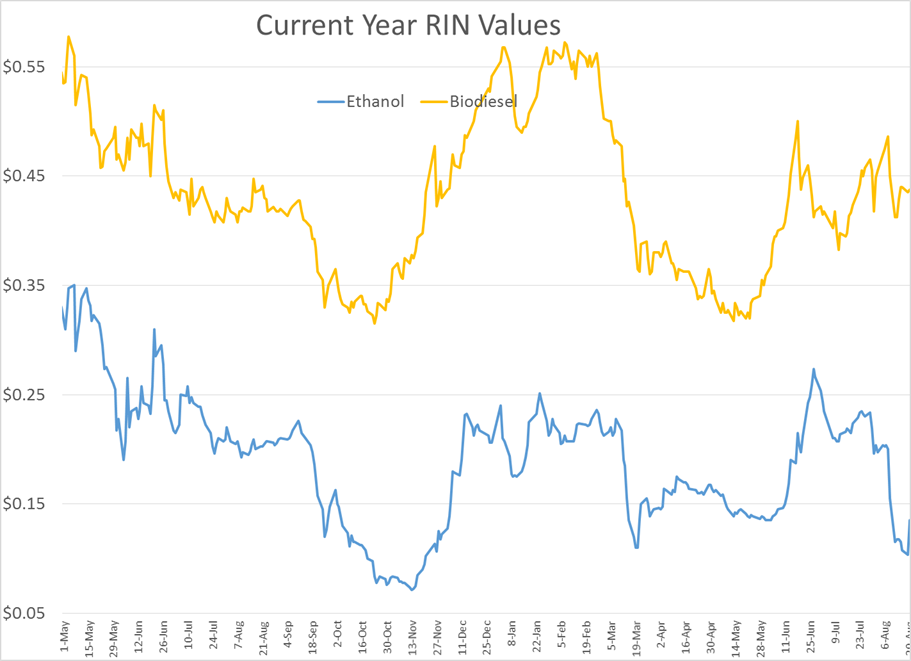