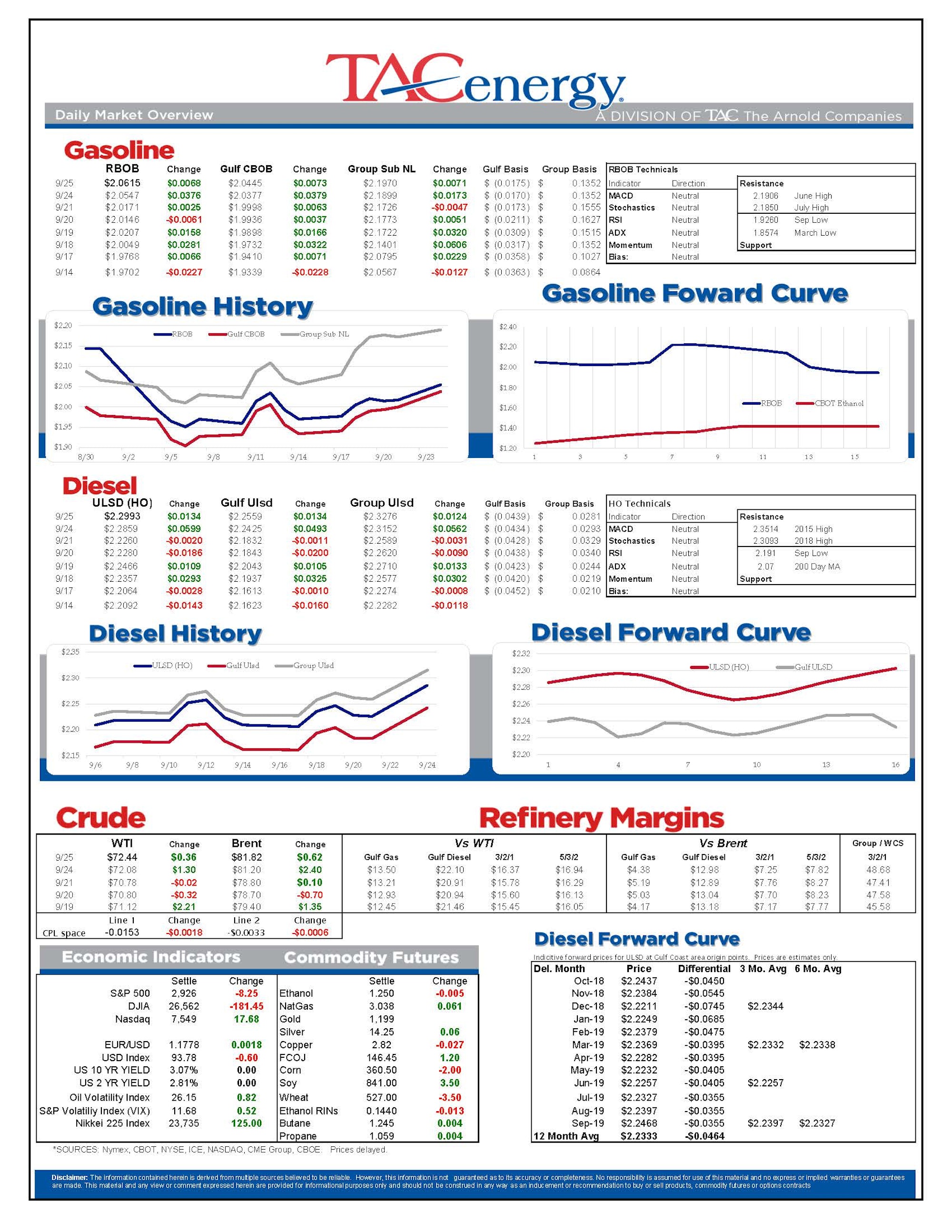 Right on cue, the CME Group announced its plans to launch a new WTI Futures contract with delivery points in Houston, which it said will complement the benchmark WTI contract that delivers in Cushing OK, and will compete with the ICE’s Houston contract that began trading earlier in the year.

The FED’s Open Market Committee (FOMC) begins a 2-day meeting today, and according to the CME’s FEDWATCH tool, traders are giving a 100% probability of at least a 25 point interest rate increase being announced tomorrow afternoon, while 6.2% are predicting the increase could be 50 points. 10 year treasury prices are approaching a 7 year high as it appears the FED is eager to continue its rate hikes.