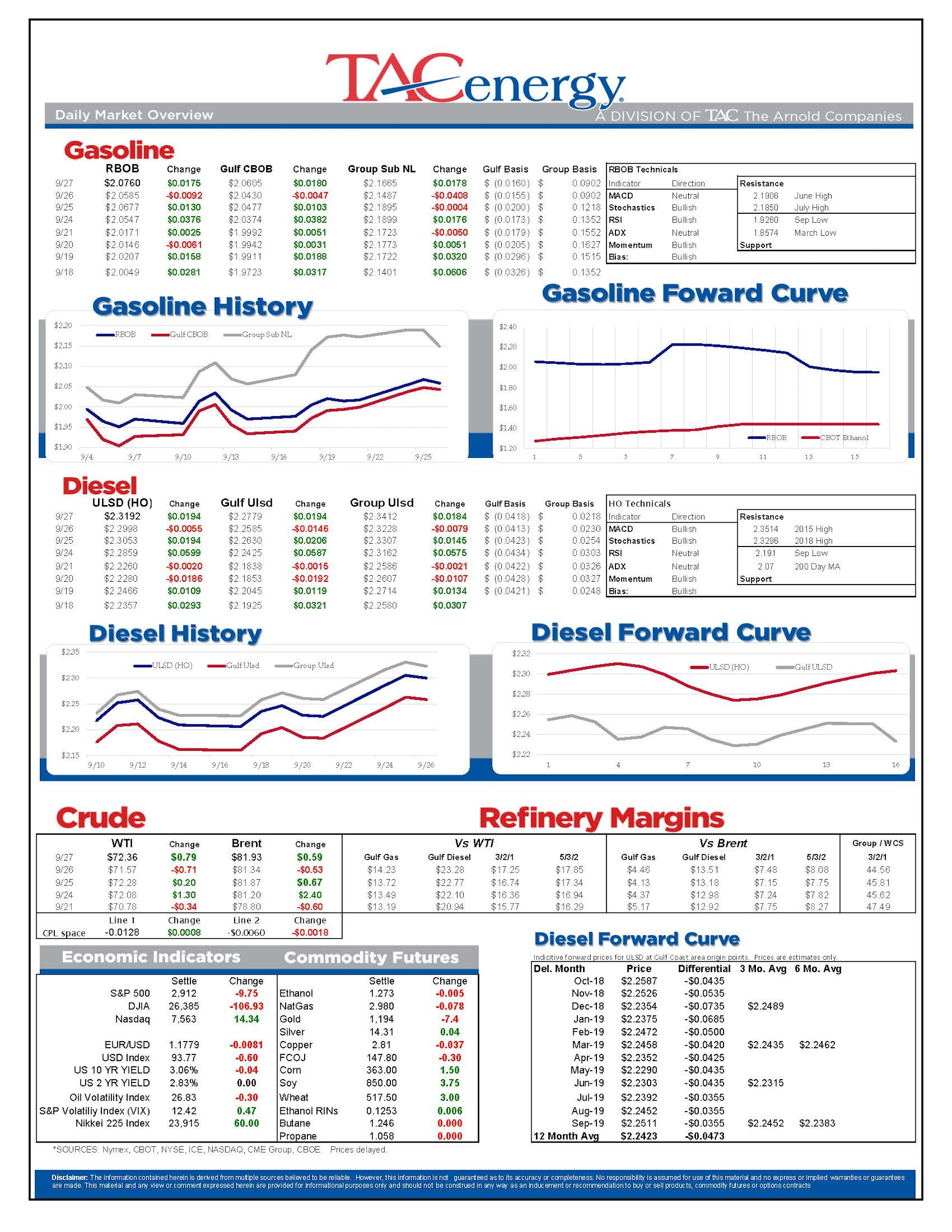 Rally In Energy Prices Has Resumed

After a 1-day break, the rally in energy prices has resumed Thursday with Brent crude back above $82, and ULSD futures reaching their highest since February 2015. Concerns over Iranian sanctions continue to take most of the blame in headlines for the move higher while some bearish data points in Wednesday’s DOE report have quickly become yesterday’s news.

Refinery runs dropped by more than 5% on the week, led by a dramatic drop in PADD 2 (Midwest) runs of nearly ½ million barrels/day as a busy fall maintenance season appears to be coming to fruition. Several reports over the past year suggest that we may see more refinery maintenance than normal in the next year as plants prepare for the spec change in Marine diesel starting in 2020.

As expected, the FOMC raised interest rates for a 3rd time this year, and suggested it would stick with its plan to raise rates a 4th time in December. Equity markets initially rallied as the statement omitted a sentence from previous meetings that suggested the FED was looking more dovish on rates, but that optimism was short lived as US stocks sold off heavily into the close.

In other news, Energy Secretary Rick Perry said yesterday that the US is not considering a release of the SPR to offset the impact of sanctions on Iran.

Nearly 5.5 years after the FBI raid that shocked the industry, the former president of PFJ was sentenced to more than 12 years in prison for his role in a scheme to defraud customers.