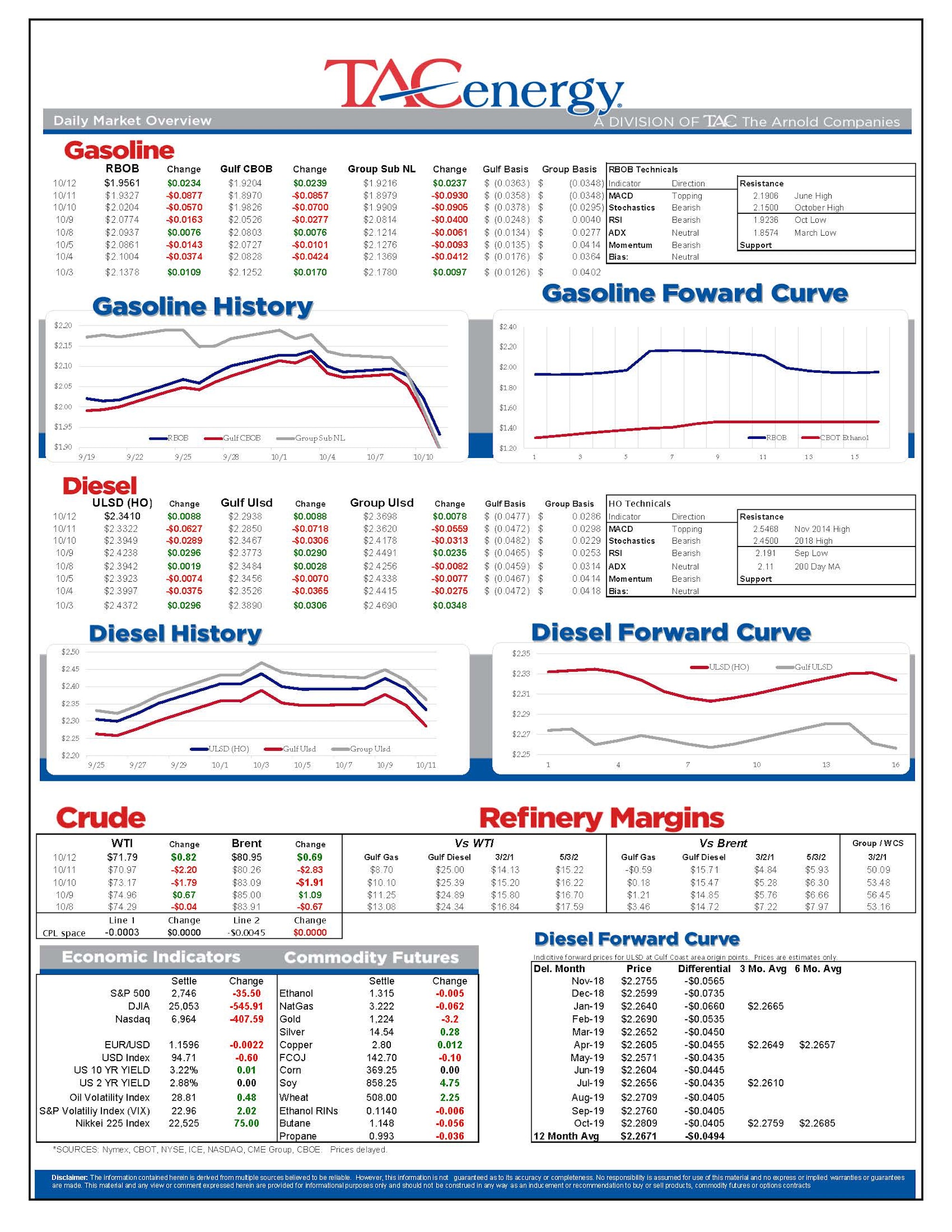 A recovery rally is underway for global equity & energy markets after a brutal 2 day selloff that knocked 6% off of oil prices and nearly 8% off of gasoline.

Despite unplanned refinery closures on both the East and West Coasts, gasoline prices fell to their lowest levels since March Thursday, before finally bouncing off of trend-support overnight. Something to watch today: RBOB futures spiked almost a nickel overnight as 1,500 contracts changed hands in 15 minutes just before midnight, only to give back almost all of those gains this morning. That could be a sign of a large player deciding it’s time to buy the dip, or that someone’s trading algorithm stayed up past its bedtime.

The IEA had similar sentiments in its monthly oil market report, reducing demand estimates as higher prices hit consumer’s pocket books, and increasing supply estimates as the US leads “fast” growth in global oil production. The agency does paint a more bullish picture longer term as higher standards of living should underpin global demand for years to come, while spare oil production capacity is dwindling.

US Crude oil production set yet another record high at 11.2 million barrels/day, but is expected to drop next week due to the passage of Hurricane Michael. Take a look at the stalactite formation this time last year on the Crude Output chart below, which was caused by Hurricane Nate’s precautionary shut-downs in the Gulf of Mexico for an indication of what we can expect in the next couple of DOE reports.

US petroleum demand continues its seasonal decline, reaching its lowest level since early May, even with diesel consumption spiking as fall harvest activity nears its peak.

It should come as no surprise given the 40 cent difference in prices between the two, but gasoline stocks in the US are reaching glut levels while distillate inventories are tight. This is especially true in PADD 1, meaning we have the potential for large swings in futures (since the RBOB and ULSD contract delivery points are in New York) should there be any major winter storms this year.