So much for the sell-off. Refined products are leading a rally this morning, trading up nearly 4 cents/gallon, after technical support managed to hold up through last week’s heavy selling, and a pair of bullish oil headlines made their way through the markets overnight.

Venezuela’s opposition leader called for a military uprising, which is certainly a notable turn of events in the ongoing saga, but probably won’t do much short term to change the flow of oil from the region. You could argue that the move – if successful – will be bearish for oil prices as a regime change should help allow the oil (and dollars) to begin flowing again.

Meanwhile, last week’s call from the US President for OPEC to increase production was refuted by the Saudi oil minister, which seems to also be taking credit for the early buying spree. The full text of the Saudi oil minister’s comments aren’t quite as bullish as headlines might make it seem, as he reiterated the Kingdom’s plan to replace any lost Iranian exports, they just don’t think they’ll need to break the current agreement in order to do so.

While the oil headlines are getting credit for the early rally, refined products are actually leading the charge higher, with both RBOB and ULSD up more than 2%, compared to around 1.5% for Brent and WTI. There do not appear to be any refinery issues to explain the rally, so it seems this may be more technical-based buying now that the trend-lines have held.

Speaking of refiners: Most major refiners have been reporting much weaker earnings in Q1 2019 vs. a year ago as the wide crude spreads that drove profits in 2018 have compressed dramatically. 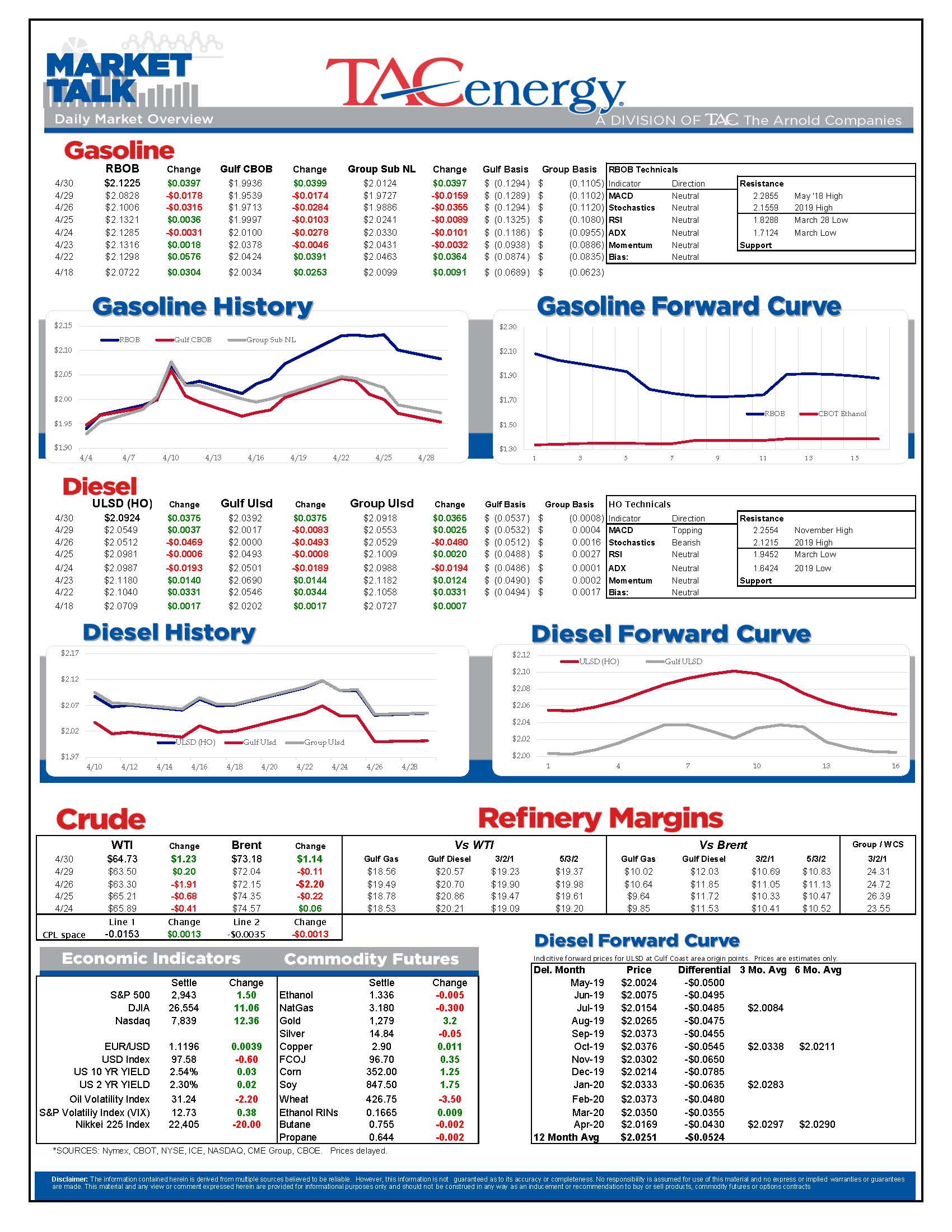 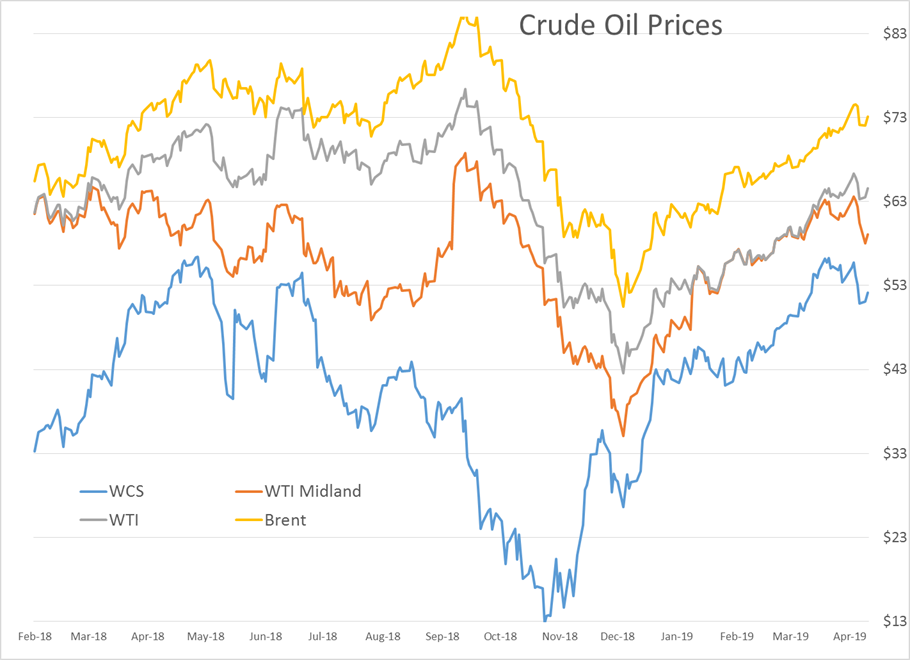 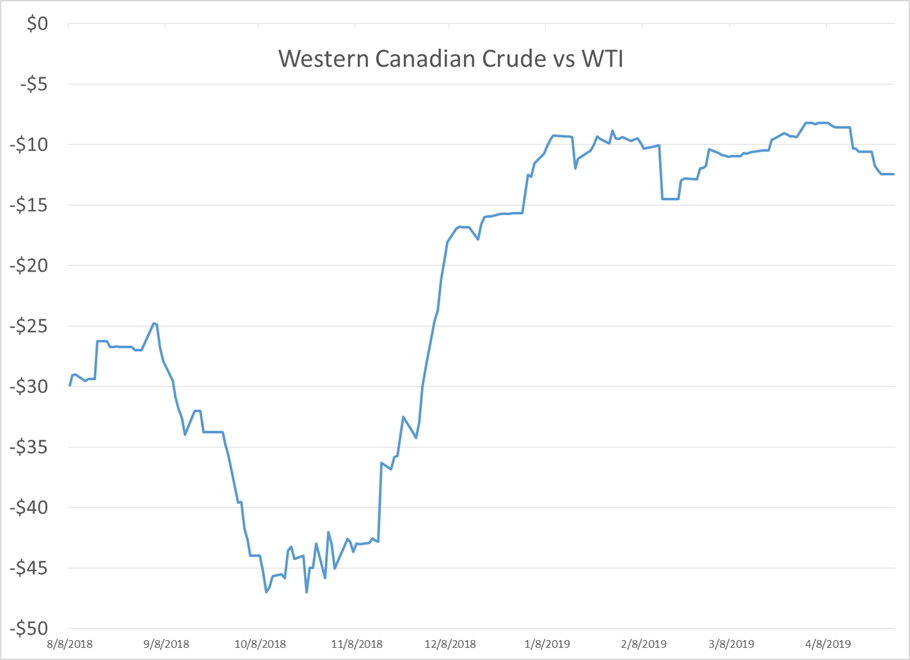