The spring breakout rally continues for energy futures as fundamental and financial factors all appear to be aligning short term to send oil & gasoline prices to fresh 4 month highs. OPEC+ production cuts, and a rash of unplanned refinery & terminal issues along with stronger equities and a weaker dollar are getting some of the credit for the rally. From a chart perspective, the window appears open for further upside over the next few weeks.

The fire at the Deer Park terminal facility along the Houston ship channel has spread from 2 tanks to 8, and is expected to continue burning for at least another day. While the pictures are dramatic, the impact to the market will be minimal as long as the operations of nearby refineries and shipping lanes remain unaffected.

The 30 day correlation between WTI & the S&P 500 is holding around 90%, and both are moving higher again this morning. Volatility indices for WTI and the S&P 500 (aka the VIX, aka the “fear index”) have reached 6 month lows this week as the climb higher seems to have soothed some of the concerns over a pending recession.

The US Dollar has been softening of late as well, which tends to get credit for stronger commodity prices, even though energy and currencies have had a weak correlation for more than a year. More calls for the FED to lower interest rates to stave off a recession seem to be driving the dollar weakness – and likely some of the equity strength - as the FOMC starts a 2 day meeting today. The CME’s Fedwatch tool shows traders are giving just a 1.3% chance of an interest rate cut at this meeting, and a zero percent chance of an increase, meaning tomorrow’s announcement will be mainly important for signals on what might come later in the year. Traders so far are pricing in a 24% probability that interest rates get cut by at least 25 points before year end. 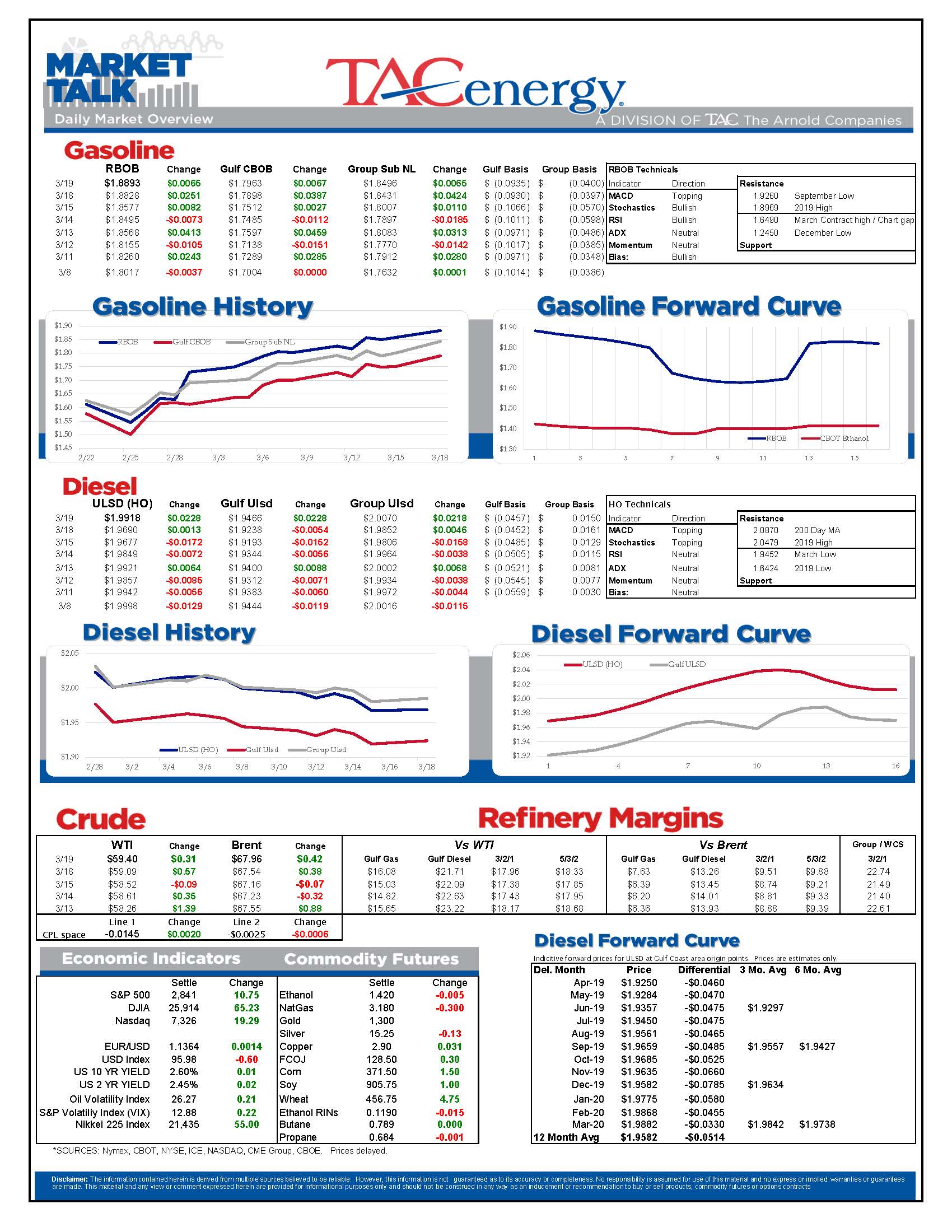 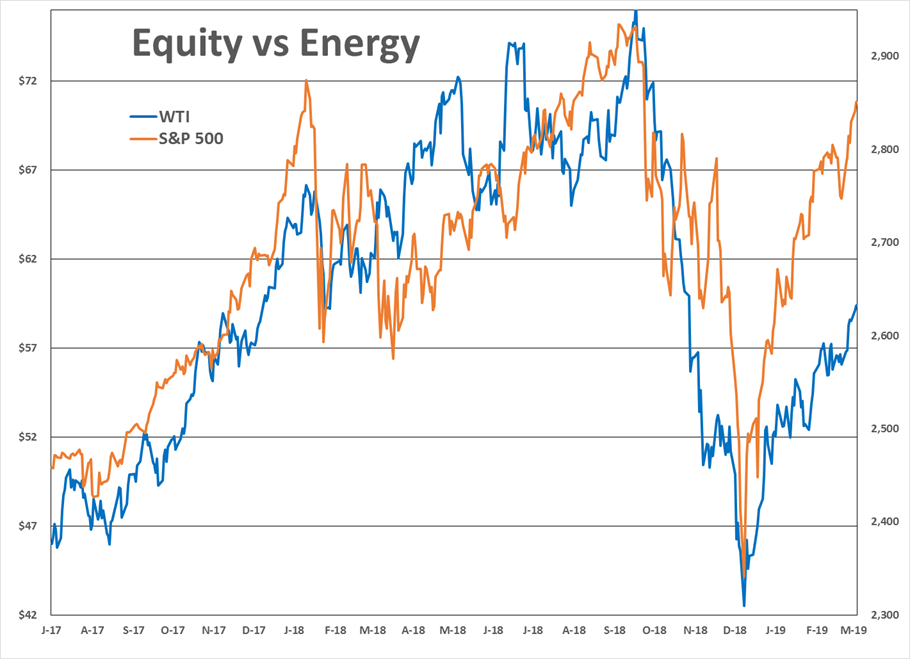 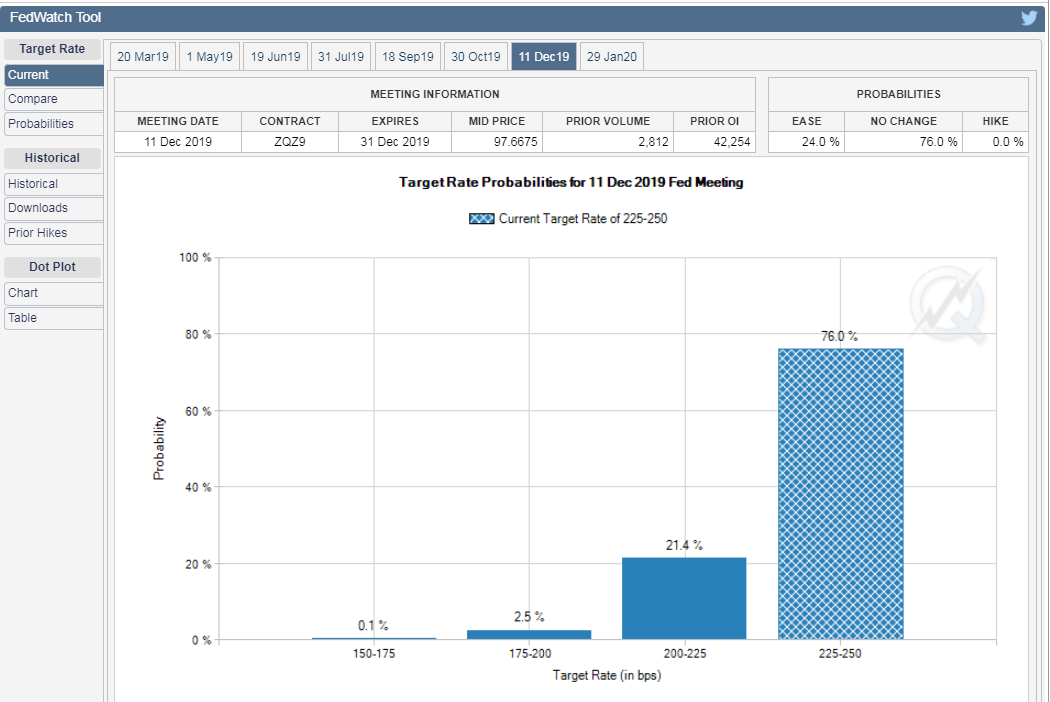