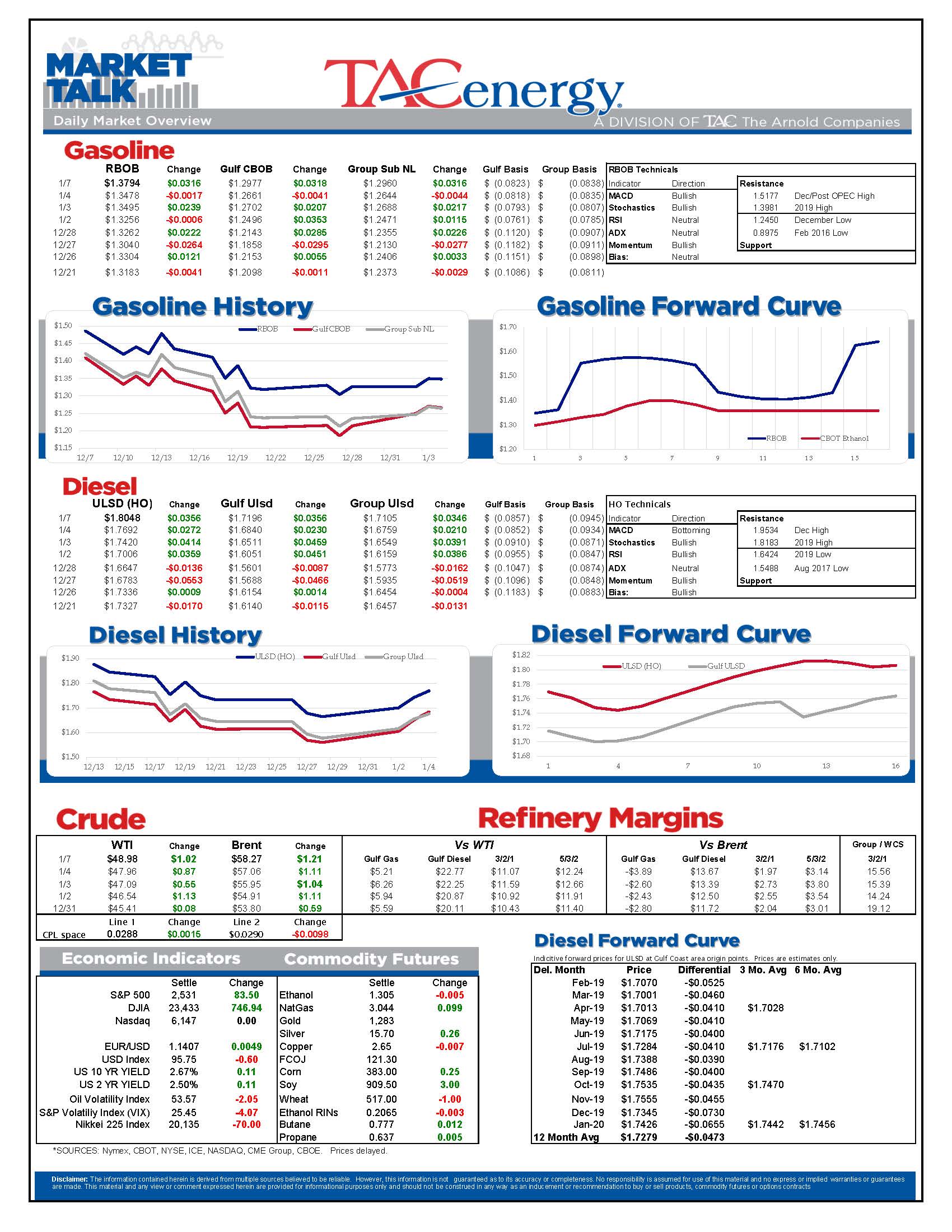 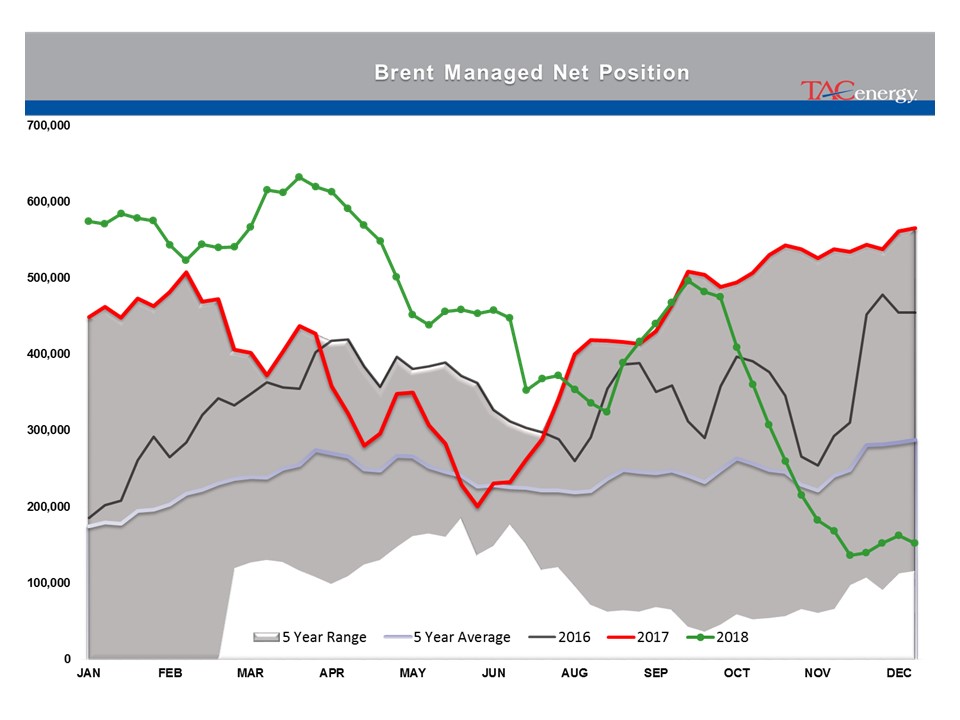 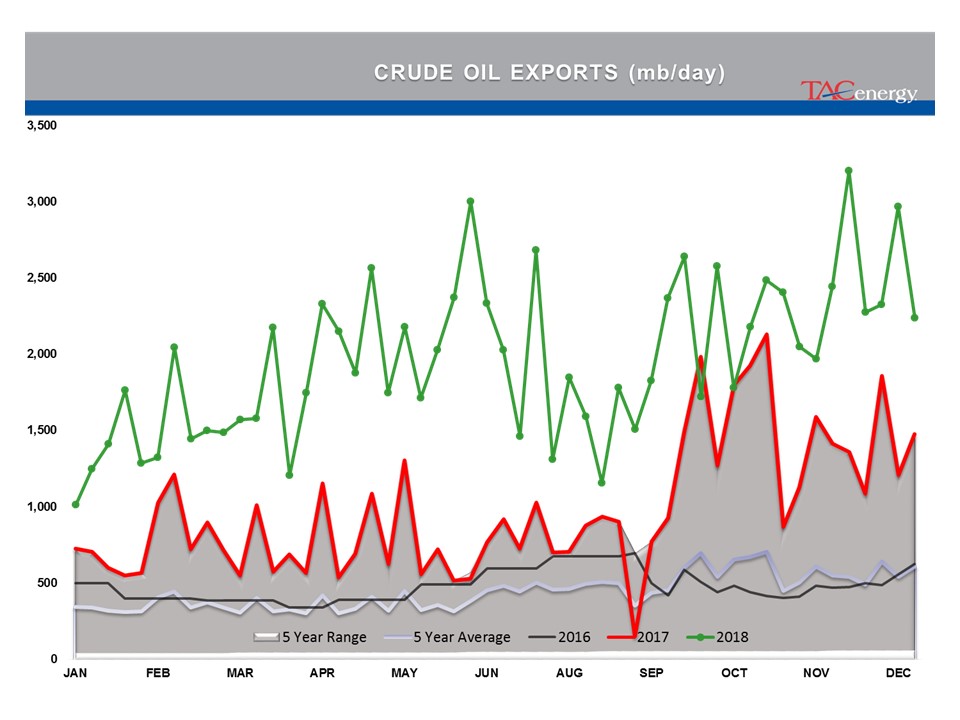 The stage was all set for a strong Friday rally in energy prices, with most contracts breaking through chart resistance early in the morning, and US equity markets beginning one of their largest daily rallies on record thanks to a strong jobs report and dovish comments from the FED. A bearish DOE report threw cold water on the rally however, and suddenly the early morning gains were largely erased.

After Friday’s disappointing finish, refined products are trying to lead another push higher this morning, aided by news that Exxon’s refinery in Beaumont TX had shut its roughly 380mb/day of capacity due to an electrical fire over the weekend. The early gains are once again pushing gasoline and diesel prices through chart resistance, which would set the stage for another 10-20 cents of upside near term if they can hold.

The CFTC is still not publishing the weekly commitments of traders report due to the government shutdown. ICE reported a modest decline in the net long position held by money managers in Brent, with total speculative positions hanging near the bottom end of their 5-year range.

Baker Hughes reported a decrease of 8 oil rigs last week. The total oil rig count is still up 151 rigs from a year ago, but Bloomberg is reporting that the jobs in Texas oil country are no longer increasing due to falling prices, suggesting rig counts may stagnate in 2019.

Notes from the DOE Weekly report (which is set to resume its normal Wednesday morning release schedule starting this week):

Total petroleum consumption is down 13% in the past two weeks based on the EIA’s estimates, with diesel demand leading the drop, falling by 33% during that time. While a sharp drop in demand during the holidays and lasting into the first week of January is the typical seasonal pattern, this year’s move is nearly double what we’ve come to expect.

Bad news for refiners: The drop in demand coincided with US Diesel output reaching its highest level of the year, and the 2nd highest weekly reading on record driving the large build in inventories.