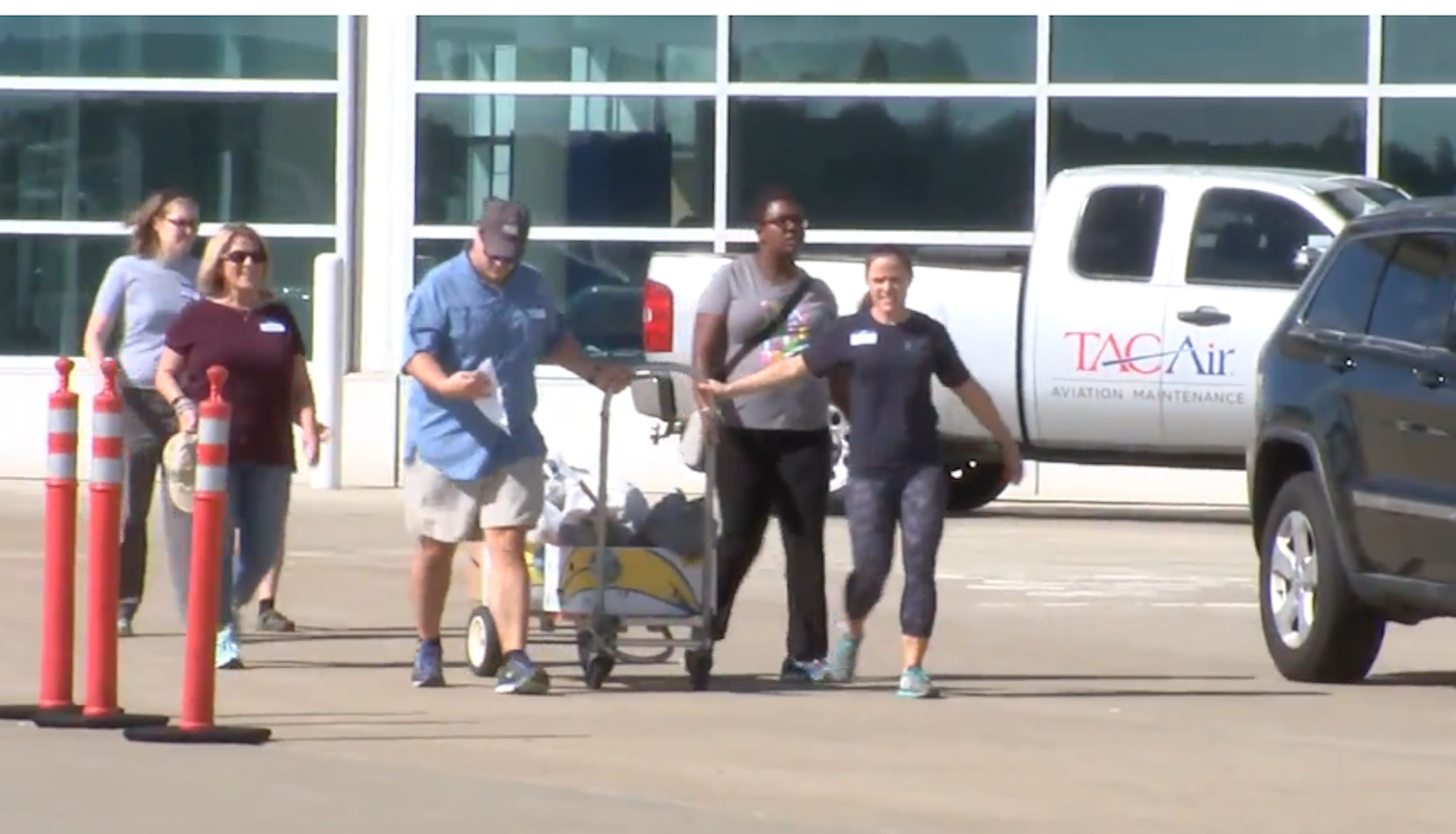 TAC Air is providing the facilities, giving pilots a discount on fuel, and waiving ramp fees for Operation Airdrop

With many of Florence's victims landlocked by floodwaters in medium to small sized towns in Eastern North Carolina, the relief effort was thwarted on the ground.

Instead, much of the relief effort took to the skies on Tuesday as the long-lasting storm finally left the state.

At the private aviation terminal at RDU International, dozens of volunteers were joined by the owners of small planes from all across the country for Operation Airdrop. The non-profit, formed in Texas in the wake of Hurricane Harvey, called on its list of aviators.

"As soon as that segment was over I got in my car and came out here to talk to them to see if they needed any more pilots," Stout told ABC 11. Tuesday morning he was at RDU's North Ramp with his personal Cessna aircraft.

"I've got an airplane. It doesn't cost that much to operate," he said. "I didn't even have to think twice about it."

Dan Benedict, a volunteer pilot and spokesperson for Operation Airdrop, said the operation wouldn't fly without the people who help on the ground.

"These are all volunteers that showed up today to work and have been trained this morning. So a lot of support staff, a lot of people helping out," he said.

Those are the people who loaded baby food, formula, medicine, and other supplies on Stout's small plane. Less than an hour later he was in Robeson County over miles of floodwaters and notifying other pilots and air traffic controllers of his arrival.

Once the plane landed on the ground the supplies were quickly off-loaded and soon Stout was back in the skies headed to RDU for his second mission.

He and the spokesperson for Operation Airdrop explained why small planes are critical at this point in the relief and recovery effort.

"The areas that we are flying to are landlocked and some of the airports have shorter runways, and this airplane is suited just for that," Stout said.

Benedix added, "We are specifically targeting places where people are stranded and need supplies. Lumberton, Southport, Morehead City, Beaufort - all those areas that are landlocked because of flooding. You've seen the pictures of highway 40. It's a river. Their supplies are running out quickly."

TAC Air is providing the facilities, giving pilots a discount on fuel, and waiving ramp fees.

If you survived Florence unscathed and would now like to help out, Operation Airdrop is one opportunity. Volunteers can simply come to the General Aviation Terminal at RDU's North Ramp. Donations can be brought to the same location. Organizers said they are most in need of critical items like diapers, baby food, and formula, cleaning supplies and, most of all, generators.