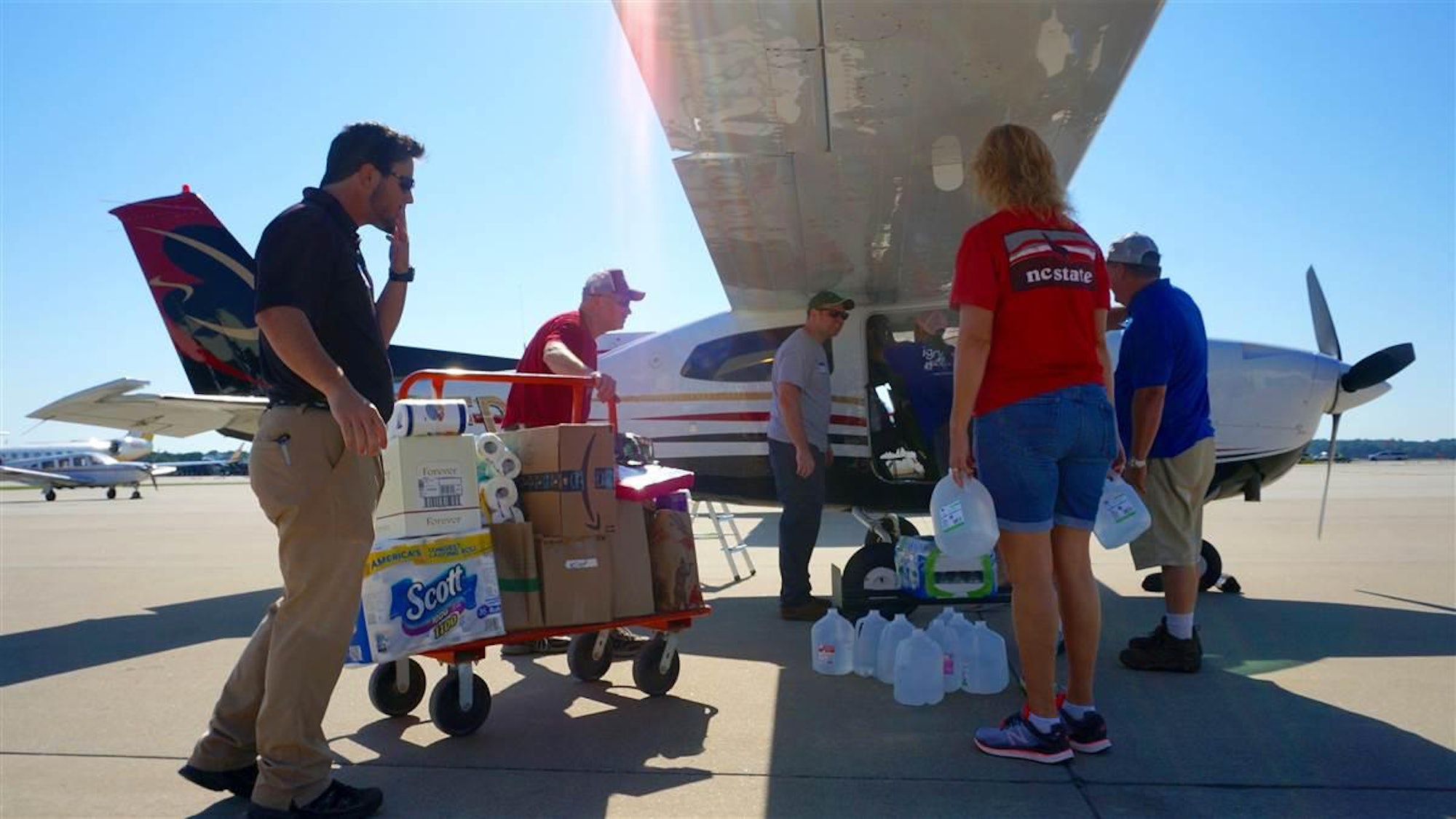 Volunteer aviators with the Texas-based Operation Airdrop nonprofit delivered 280,692 pounds of supplies during 475 general aviation flights after Hurricane Florence swept through the Carolinas.

“Everything started blowing up and got bigger and bigger” as the relief effort for the Category 1 storm unfolded, said Doug Jackson, co-founder of the grassroots charity. The organization burst onto the scene in 2017 following Hurricane Harvey, which pummeled Houston with torrential rains before flooding severed smaller communities from federal disaster relief efforts by road. The Carolinas relief-effort tally exceeded the Texas coast’s estimated 250,000 pounds of goods. Aircraft of various sizes participated in the massive relief effort that Jackson referred to as a freight train of help. 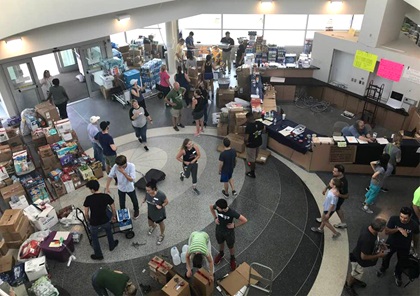 Civilian volunteer Zack Medford from the Carolina Cavalry outreach organization said working with the racing team hauling supplies was an “amazing” experience. “Thank you so much, Operation Airdrop, for coming to our aid,” he said on a social media video. “I can’t tell you how much it means seeing all these different private pilots come together and put their time, their resources, and their planes to work to help the people of North Carolina and to the people who live along the coast.”

Volunteers Curtis and Raquel Boyd learned about Operation Airdrop from social media—the organization’s communication backbone. “What little you can do, it just matters,” said Raquel Boyd, a ground-based volunteer who worked for three days dispatching aircraft, answering telephones, and filling in where needed. “It’s a blessing to see the number of people who came out to support Carolinians,” said her husband, Curtis. Operation Airdrop western operations specialist and air traffic controller Brian Kelly posted a video to social media that thanked countless volunteer pilots and ground crew members who “followed with their heart, their labor, and their skill. It was just absolutely amazing what we were able to get done,” said Kelly.

Jackson said planning for the massive relief operation began days before the storm swept ashore, and he complimented the TAC Air FBO for literally “opening their doors to us before they even moved into their new building” on the airfield.

Communication crews were summoned to install telephone lines, the sparkling new floor was striped with red tape to mark delivery loads, and posters were taped to walls to indicate loads, traffic flow, and other logistics. “We expected 10 people to help out, but instead we got 150,” Jackson noted.

“I think the key to our success was the huge pool of talent that we had,” added Jackson. “I don’t know if we’d ever tapped it before. When I started this thing [in 2017] I was thinking we’d get 10 or 15 guys and just have some fun and help people. Every time we went forward, we learned a little. That’s the magical part of this organization. There are such astoundingly talented people working the back end supporting everybody. We really couldn’t do it without them.”