The Back And Forth Continues For Energy Markets

The back and forth continues for energy markets this week as prices move lower after scratching out 2 days of modest increases.

The stage was set for another move higher as prices recovered from record oil production and large product inventory builds Wednesday, but seem to have been knocked back by the latest round of fear sweeping through equity markets overnight. We saw a similar sideways pattern from late November to mid-December, at similar values, which could be setting up a strong move to the upside if prices can break through the December highs later this month.

OPEC released its monthly oil market report this morning, showing a production drop of 751,000 barrels/day last month, with intentional production cuts from Saudi Arabia accounting for nearly 2/3rds of the drop, while Iran and Libya also had large declines that weren’t necessarily on purpose. The cartel held its demand outlook for 2019 steady, but made a small reduction in its non-OPEC supply forecast due to the mandatory output cuts in Alberta. The report also featured an interesting read on Monetary policy and its impact on oil markets.

Just like we’ve seen the past 2 years, diesel demand had a huge spike in the 2nd week of 2019 as industries across the nation got back to work after the holidays. The 2019 version of the diesel demand restart was particularly dramatic with the EIA’s estimate rising more than 50% in just one week. Diesel production is also following its seasonal trend by declining from the first week of the year, but still remains some 10% above its historical range for this time of year.

Gasoline inventories are on a record-setting pace, holding above the previous record-levels for the first two weeks of the year we saw back in 2017. The gasoline glut is so far contained to the middle of the country with PADDs 2 & 3 showing a huge excess, while the East Coast (PADD 1) is near its 5 year average for January, and the Rockies West (PADDs 4 & 5) are at the bottom end of their seasonal ranges. 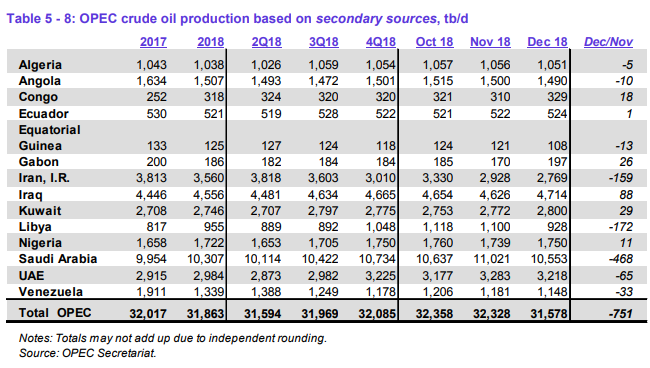 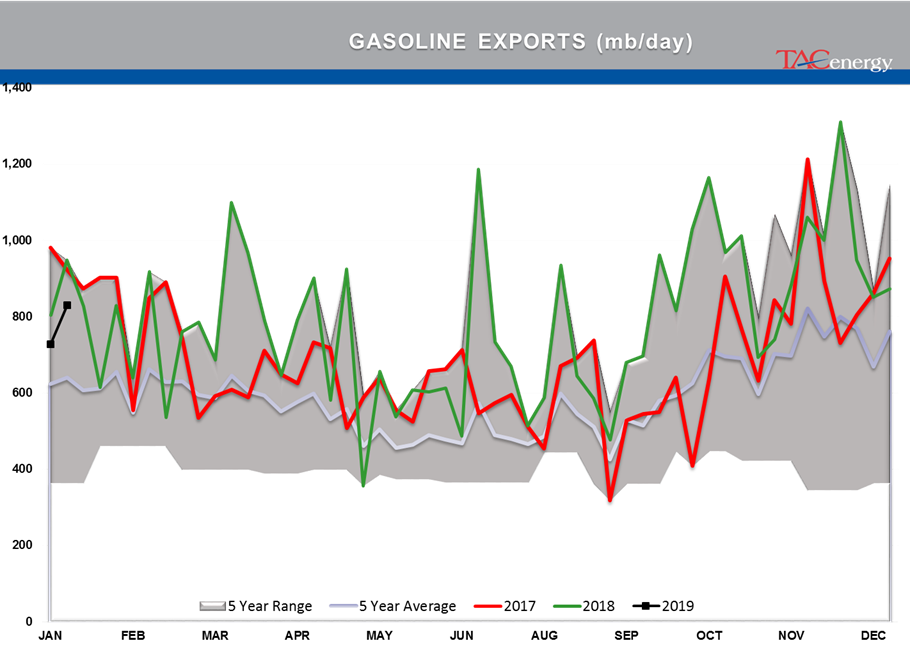