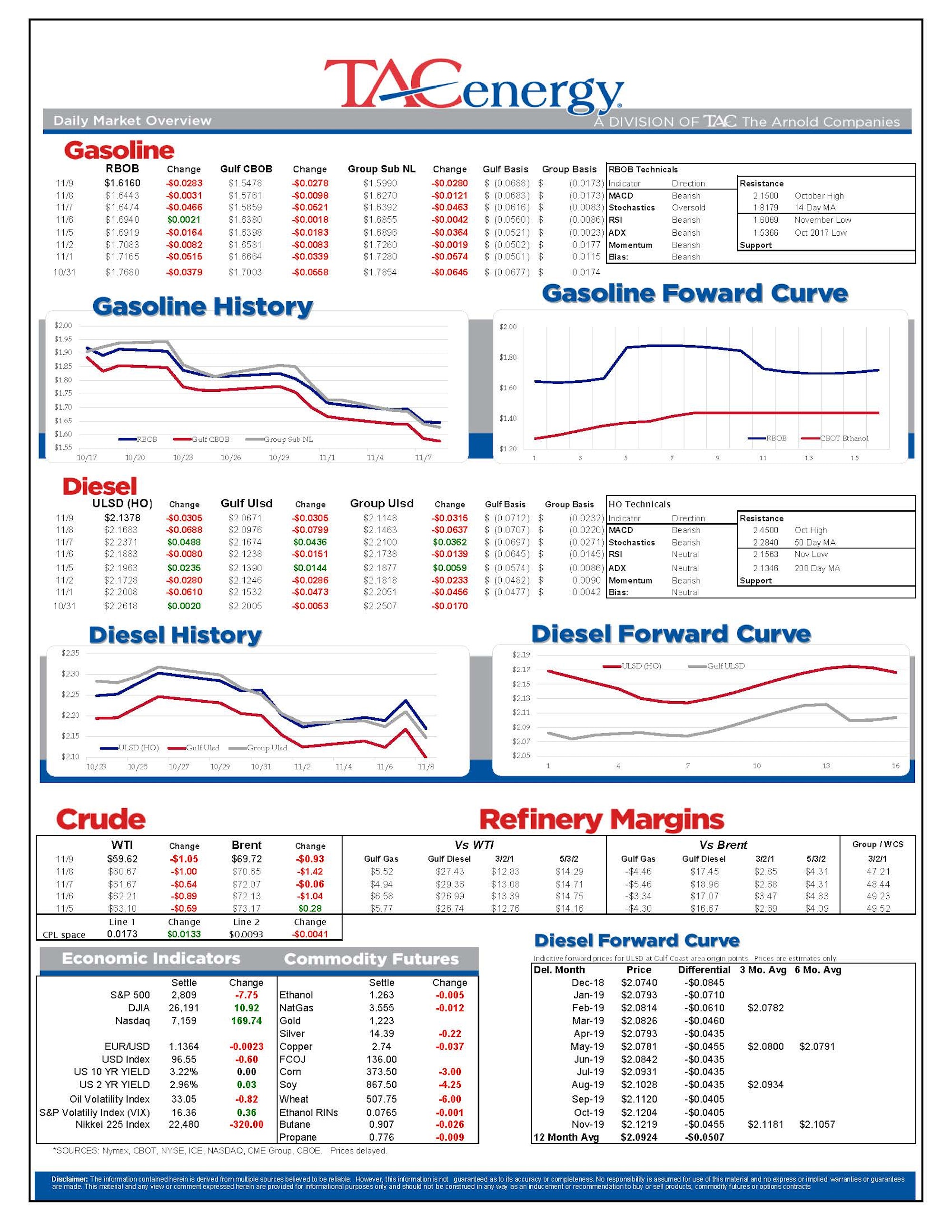 The meltdown continues as WTI trades lower for a 10th consecutive session, breaking below $60 for the first time since March, and reaching its lowest level since Valentine’s day. Unlike the mixed action we’ve seen for much of the week, the entire energy complex is joining in the selloff this morning, with Brent trading sub $70 for the first time since April, and RBOB reaching a 13 month low at $1.6069.

Thursday’s action was highlighted by the reversal of Wednesday’s huge move in HO vs RBOB, with diesel taking a 9 cent advantage one day and giving back 7 cents the next. That type of whipsaw action suggests there were some large positions forced into liquidation, and the similar action between the two so far today suggests that those positions may be unwound.

Most petroleum contracts are now trading more than 20% below their October highs, a measure that many point to as indicating a “bear market” while others see this type of rapid drop as nothing more than a buying opportunity. There’s a similar disconnect in the technical outlook with short term indicators begging for a corrective bounce while longer term charts suggest there’s still plenty of room to fall now that the 2018 bull market is “officially” dead.

As always, we’ll have to wait to see which side of the argument is right this time, and how OPEC will (or won’t) react this weekend to the sell-off.

The FED left interest rates unchanged as expected at the November FOMC meeting, and noted continued strength in the US labor market, which suggests they will continue on the path of gradual rate increases. That plan seems to have disappointed those hoping that the Red October for stocks would cause the central bank to pause in raising rates. The CME’s FEDWatch tool still shows that traders are putting a 75% probability of the next rate hike in December, but they have reduced bets on a 50 point rate hike to zero following yesterday’s statement.