RBOB gasoline futures are trying to lead the rest of the energy complex higher to start trading in 2020, but is struggling to regain the upward momentum that was lost in the last two trading sessions of 2019.

The early strength in gasoline will be good news for U.S. refiners if it’s able to hold, as they’re moving through what’s historically been the weakest time of the year for crack spreads. As the chart below shows, Gulf Coast refiners are starting this year in a better spot than they did 2019, even before this morning’s gains.

The API was said to report another large draw in crude oil stocks last week, with U.S. inventories down by 7.8 million barrels, while gasoline stocks dropped by only 776k barrels, and distillate inventories increased by 2.8 million barrels. It’s a bit strange to see WTI trading in the red while refined products are both higher when those stats would suggest the opposite, but the inventory reports can be skewed lower by shippers trying to avoid year-end taxes, particularly in Texas, which may explain the relative weakness in WTI this morning. The EIA’s weekly inventory report is due out tomorrow.

The most recent flare-up in Iraq (which is actually more of a threat of violence with Iran) seems to have simmered down for now. While oil production facilities were the target of protests, it doesn’t appear that the events caused any disruption to supply.

Meanwhile, Saudi Arabia and Kuwait have come to terms to restart oil production in the “neutral zone” border area between the two countries, that’s been shuttered for nearly five years due to disputes over ownership rights. It’s estimated that agreement could bring another 500,000 barrels/day of production online by the end of the year. 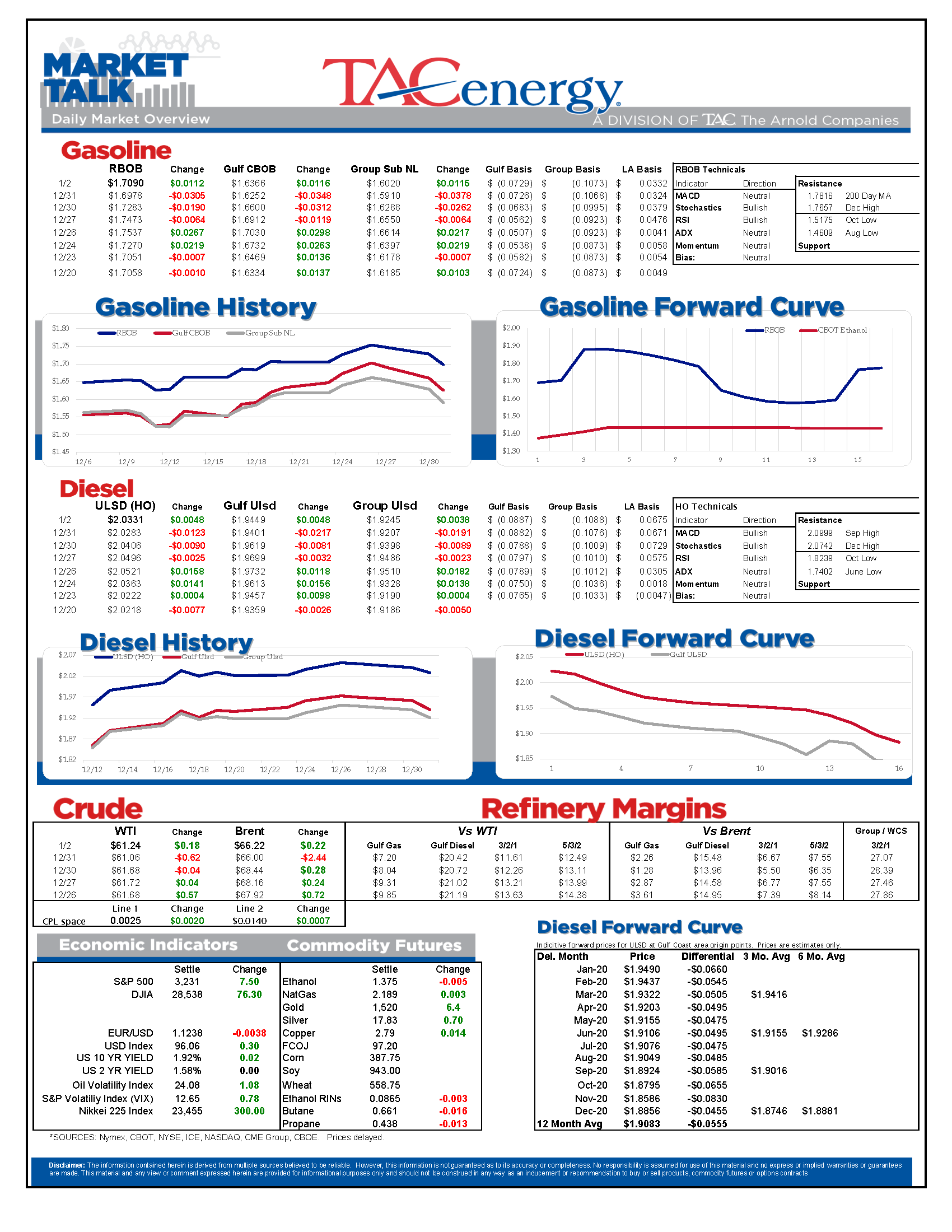 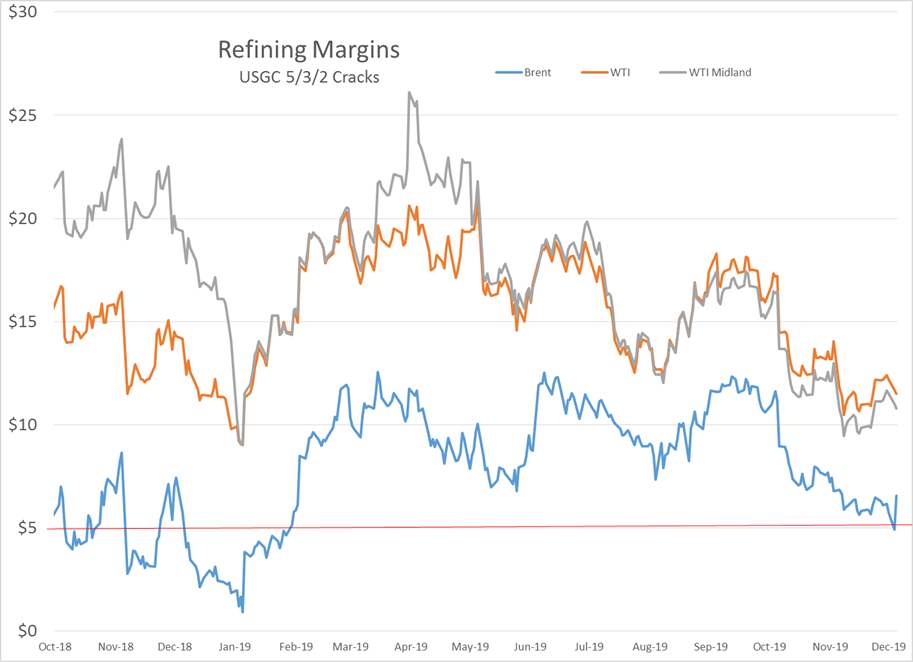