Energy futures are bouncing this morning as traders try to digest the impacts of new oil sanctions, after a heavy wave of selling Monday pushed prices below the floor of the trading range that’s held for the past 2 weeks. Diesel prices are leading the move higher this morning (up 3 cents at the moment vs ½ cent for gasoline) as yet another major winter storm sweeps the country and boosts heating demand.

While the extreme cold temperatures are likely to cause issues at terminals across the Eastern half of the country (vapor recovery units are especially vulnerable to extreme cold) the market reaction suggests there’s more concern about a negative impact on gasoline demand than there is about a disruption to supplies. Midwestern gasoline cash markets dropped below their Christmas eve lows during Monday’s sell-off, even though futures are still about a dime higher than their December floor.

The big news Monday afternoon was that the US will be imposing sanctions on Venezuela’s oil industry, in an attempt to force a transfer of power in the country. While the sanctions aren’t officially an embargo, they will act like one if the current leadership doesn’t relinquish control.

Citgo is allowed to continue operations in the US and oil on the way to the US that’s already been paid for will be left alone, but new oil purchases will be required to be done through “blocked” accounts that will be held until the regime change is complete. Product sales to Venezuela will be limited according to the Treasury secretary, but the details of those restrictions were not made clear.

Oil prices did not have a dramatic reaction to the news, although it seems to be helping limit any additional downside after Monday’s big sell-off. The feeling seems to be that there’s plenty of oil around, particularly with US refiners heading into maintenance, even though localized shortages of heavy crude are an ongoing concern.

The FED kicks off a 2 day Open Market Committee (FOMC) meeting today. According to the CME’s FEDWatch tool, traders are giving a zero percent chance of interest rates changing as a result of this meeting. It’s worth noting that based on where treasury futures are trading, there’s a 23% probability of at least one more interest rate increase in 2019 priced into current values, but also a 10% probability of a 25 point reduction in the FED’s interest rate target by next January.

Meanwhile, the Dallas FED reported accelerating growth in Texas Manufacturing in its monthly survey. Another positive sign for long term manufacturing in the state? Exxon reportedly approved plans to nearly double the size of its Beaumont TX refinery, which would make it the largest plant in the US when work is completed around 2022.

The EIA offered some more color to its Annual Energy Outlook projections made last week in a new note this morning detailing how the US will become a net exporter of energy in 2020. 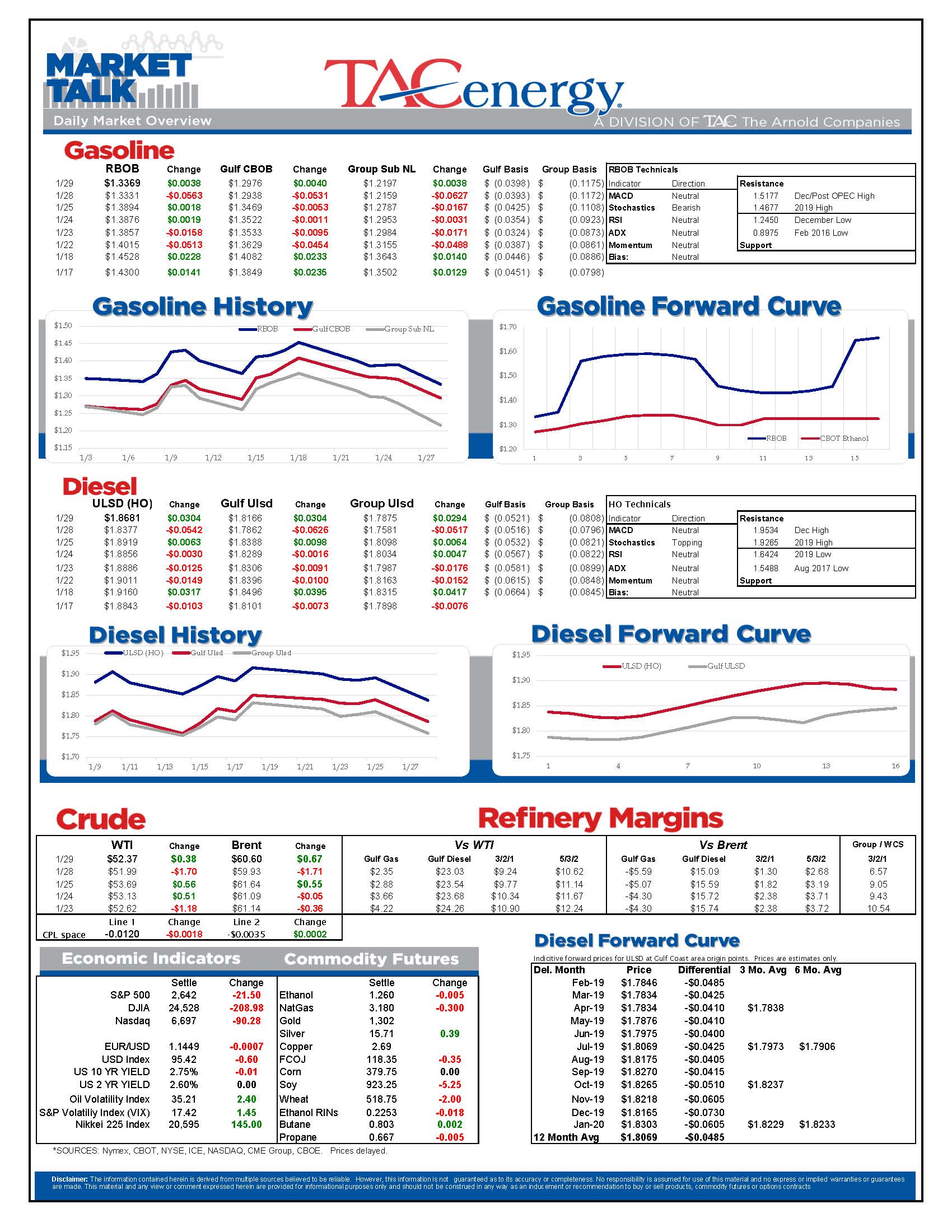 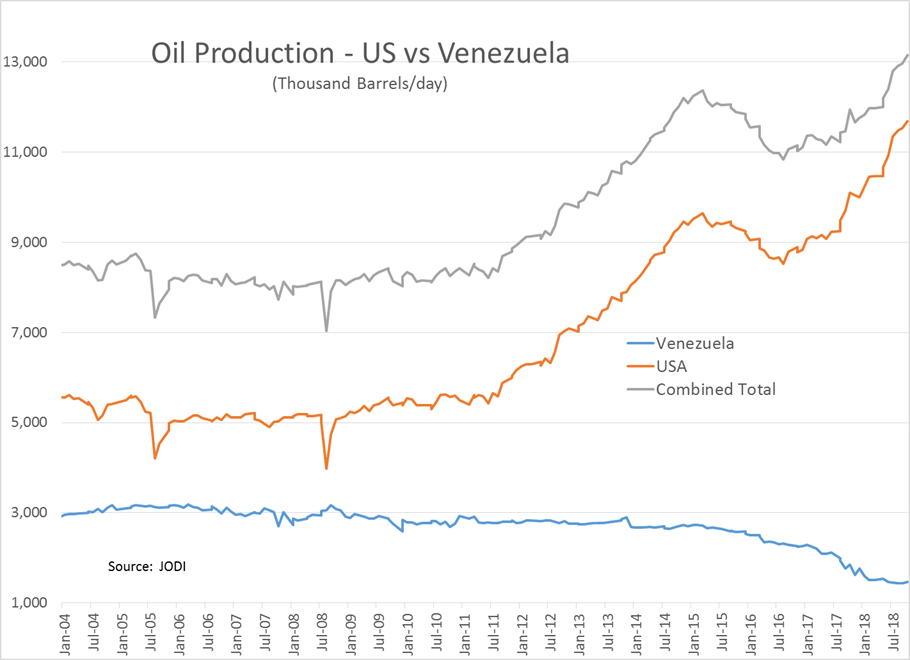