The rally in energy prices stalled out after hitting fresh highs overnight, and the sellers are coming out in force as the morning progresses. So far the upward trend lines that were established in the recovery since the April 20 oil debacle are still holding, setting up a pivotal test for prices in the back half of the week.

The API was said to show a second straight week of decreasing gasoline inventories, estimated at 2.2 million barrels, while crude stocks increased by 8.4 million barrels and diesel inventories built by 6.1 million barrels. The DOE’s weekly report is due out at its normal time. The lower than last week trend for crude builds seemed to put a bid under oil prices through the overnight session, but those $1+ gains have turned to $1+ losses in the past hour.

June RBOB futures have added more than 40 cents in the past two weeks, and most U.S. cash markets for gasoline are seeing even larger gains as demand ticks higher and refinery output has adjusted to the new normal to keep inventories in check. Chicago-area RBOB prices are up a casual 70 cents/gallon since April 23, while LA CARBOB values are up 64 cents since their April 21 plunge.

The blame game: While anger over coronavirus cover-ups is reaching a fever pitch and threatening a new round of trade-war talk, evidence is also mounting that the Bank of China unintentionally played a large part in WTI’s plunge to negative values in April, via a product it marketed to retail investors as the “crude oil treasure." 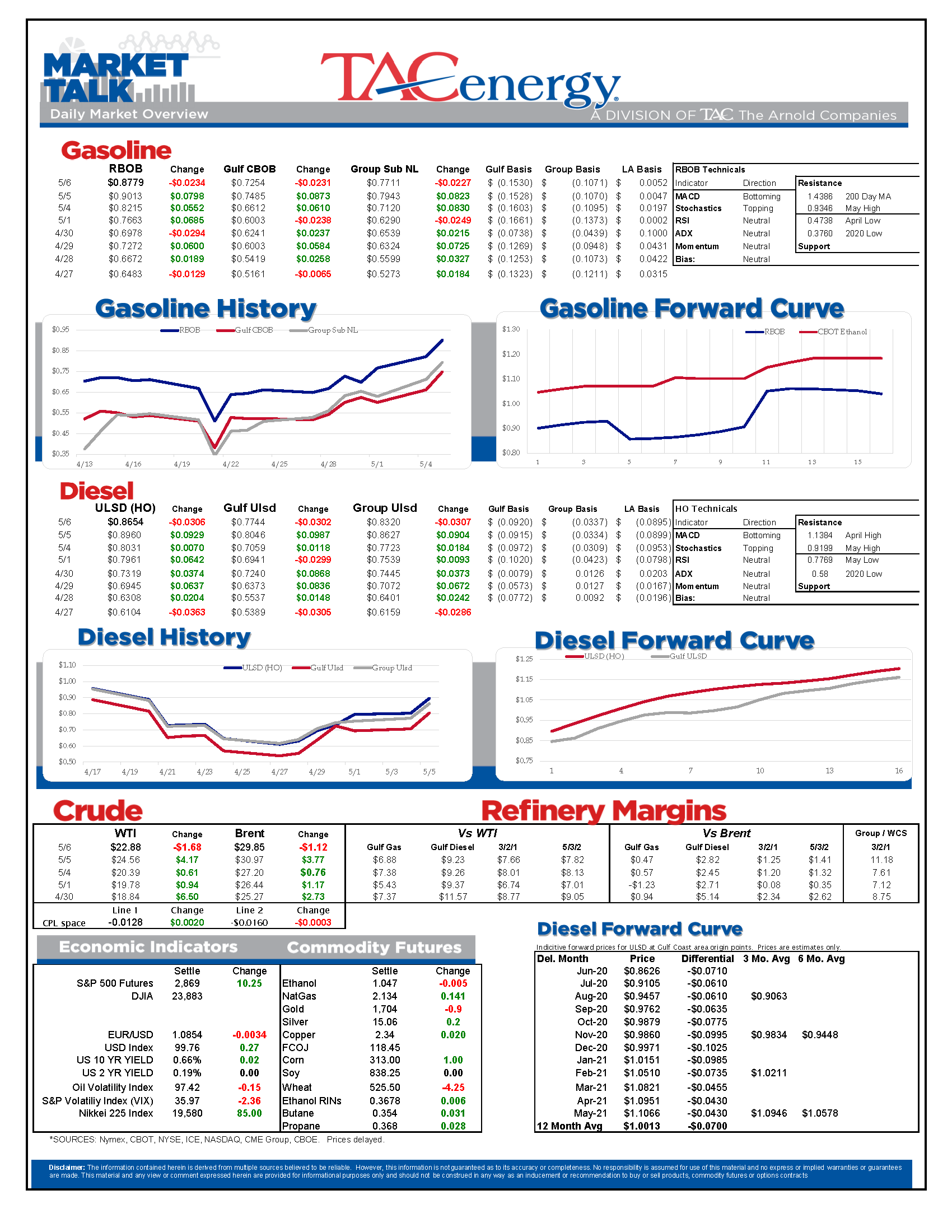 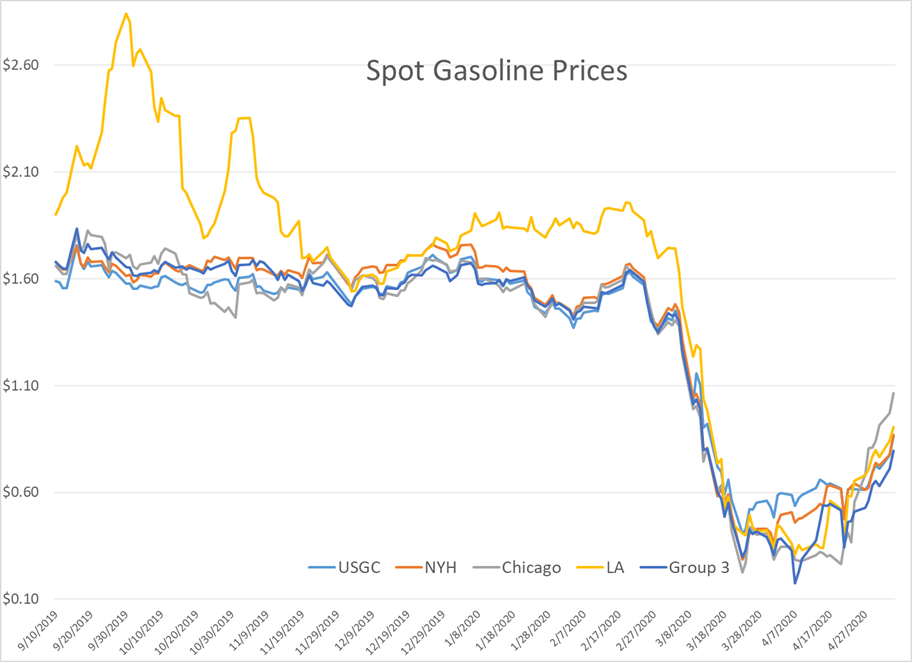 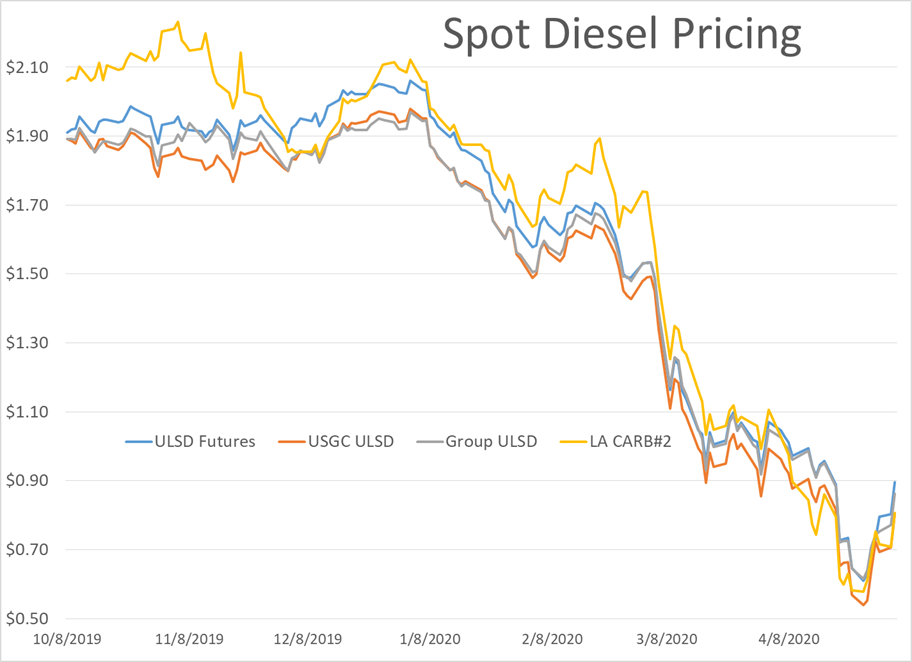