Worst Of The Winter Doldrums May Be Behind Us

Oil futures are trading lower for a fourth straight day, gasoline prices are down for a fifth, and ULSD for a seventh as concerns over growing supplies and shrinking demand continue to plague the market. Despite this morning’s round of selling, prices are still one to two percent above Thursday’s lows, as the DOE report helped the market find a short term bottom with a few signs that the worst of the winter doldrums may be behind us.

It’s worth noting that while fear is clearly driving the trading bus this week, the sell-off has left several short term technical indicators in oversold territory we haven’t experienced in two+ years, meaning when a recovery rally starts, it could be significant.

Refiners may be breathing a sigh of relief after yesterday’s report as the diesel demand patient that appeared have its heart stop beating for three weeks came back to life with a 33 percent increase in consumption estimated last week. While that is consistent with seasonal demand patterns, there’s always a sense that the industry has to hold its breath for a few weeks until we see the demand come back online after the holiday season.

Gasoline inventories reached a new all-time high last week, passing 260 million barrels for the first time ever. This was the same week in which gasoline stocks set a record high a year ago, and seasonally we’d expect inventories to top out in January before beginning their four month decline as we move through the various phases of the spring RVP transition.

As the inventory charts by PADD show, the glut in gasoline is primarily contained to the Gulf Coast, while PADDs, 1, 2 and 5 are holding near their five year average levels. With PADD 3 stocks far above anything we’ve ever seen before, it’s a bit surprising that USGC basis values remain stronger than a year ago, and in their normal range for January.

Speaking of basis strength, the West Coast is at it again with LA CARBOB values surging north of 30 cents/gallon over futures Thursday. Anywhere else in the country you might think a hurricane had taken out several refineries if you saw that type of price action, but it’s somewhat pedestrian for the West Coast in recent years.

Crude oil output held at its all-time high 13 million barrels for a second week, and the EIA’s projections suggest this number should continue to grow this year even though drilling activity has slowed as the huge backlog of drilled but uncompleted wells will bring more barrels to market. 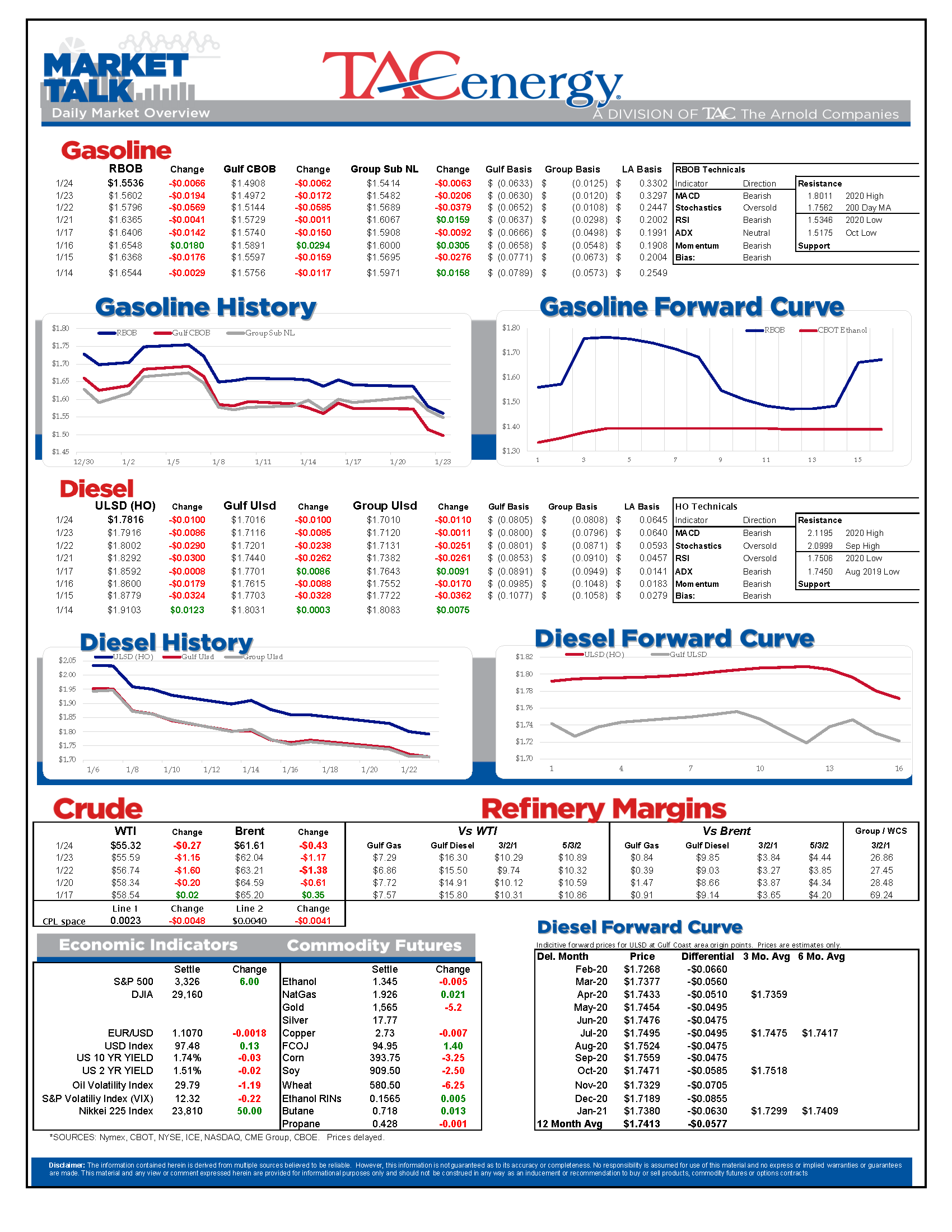 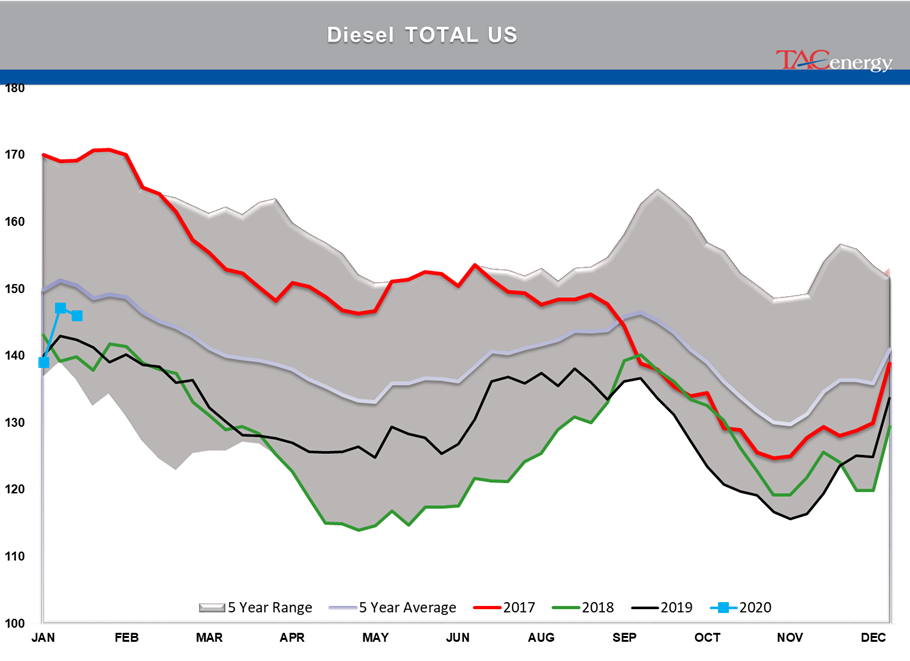 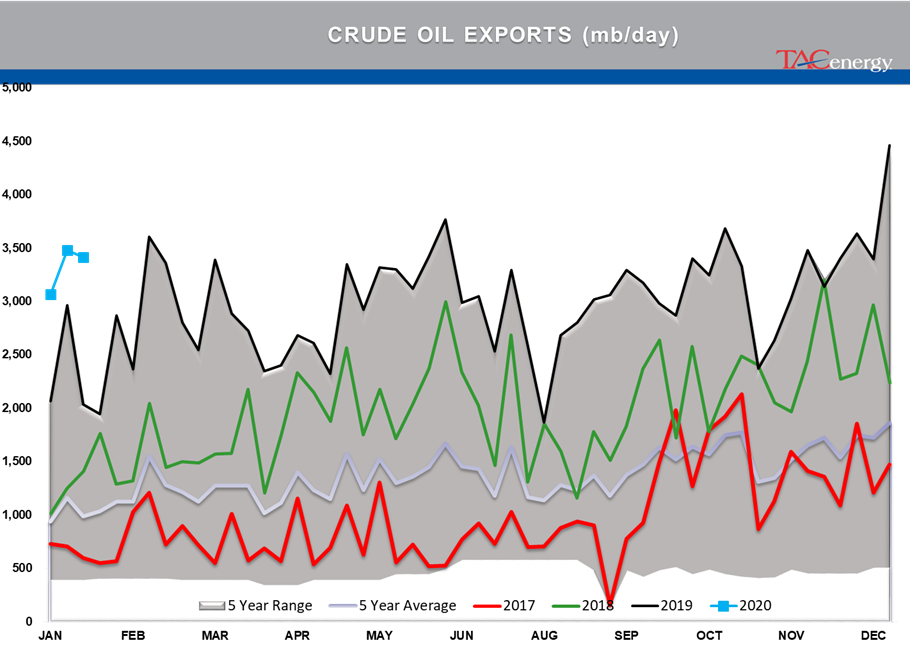