WTI managed to punch through its 200 day moving average Tuesday, sparking the first notable price rally in crude and refined products in the past couple of weeks. While this may be the most interesting move in a while, the gains are small on the weekly and monthly charts, and don’t change the long-term price outlook that’s torn between supply concerns in the Middle East, and demand concerns just about everywhere else.

Today will be the busy day for news with the DOE’s weekly status report due out this morning and the FED decision this afternoon. Pretty much everyone is expecting at least a 25 basis point cut from the FED, so we may not see much market movement unless something else happens, or the FOMC changes their forward outlook in the statement.

Today is also the last trading day for August 19 RBOB and ULSD futures, so look to the September (“U”) contracts to see where the real action will be that should drive physical prices at the racks tomorrow.

The API was said to show inventory draws across the board last week with crude stocks down 6 million barrels, gasoline down 3.3 million and diesel down 890k. The DOE’s weekly report is due out at its normal time.

The tropics are starting to heat up. Disturbance 1 that’s headed towards Florida is still only given a 10% chance of development while a second disturbance is given a 50/50 shot at reaching storm status over the next 5 days. The first system looks like it will stay off of the SE coast and be a non-issue, while it’s too soon to say if the 2nd has a chance to thread the needle in the Caribbean and become a threat to the US.

A common theme among the earnings reports from refiners in the past couple of weeks has been the anticipated impact of the IMO bunker fuel changes coming at the end of the year. Meanwhile, Indonesia has already announced its plans to not enforce the new rules, which some worry may be the first of many that may nullify the efforts to clean up the fuels used at sea. 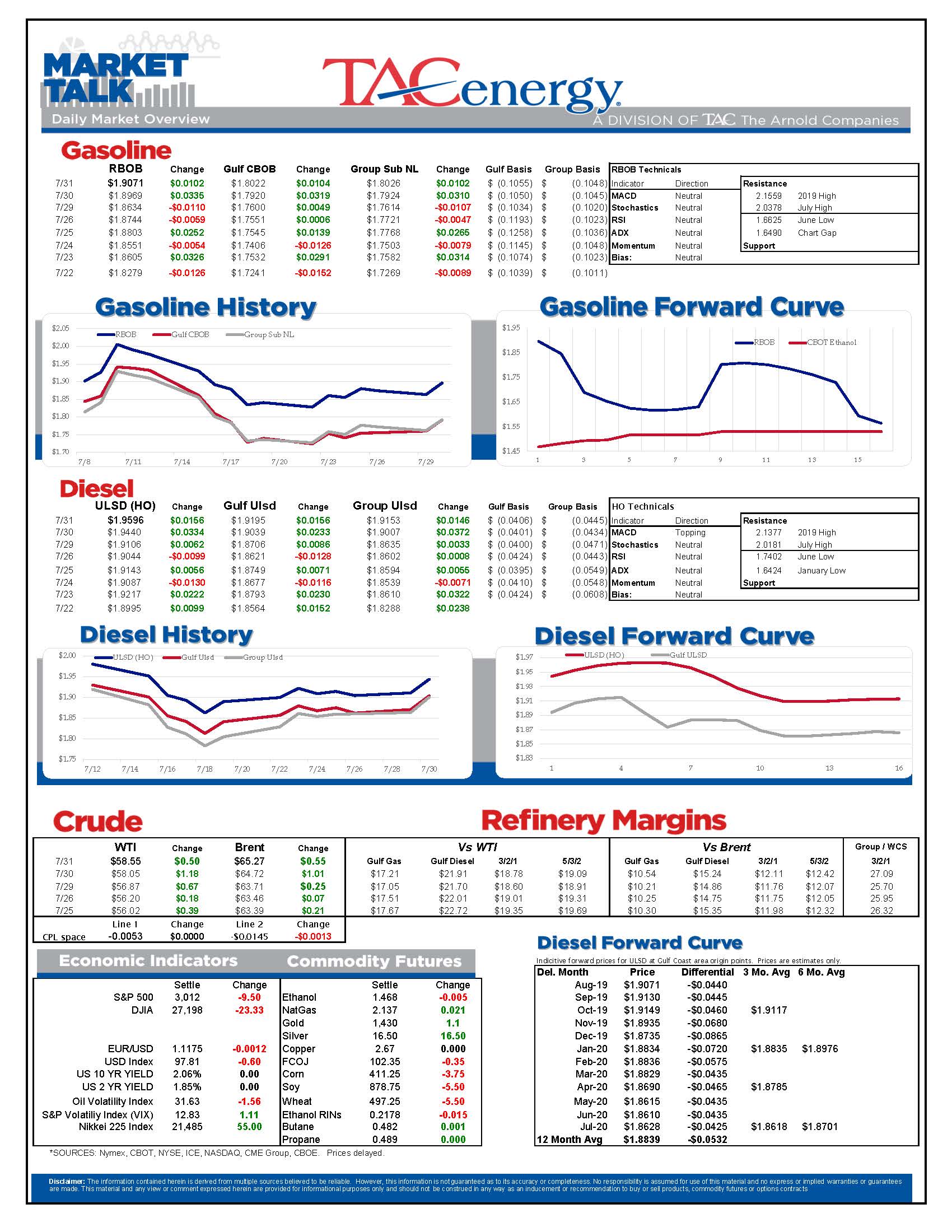 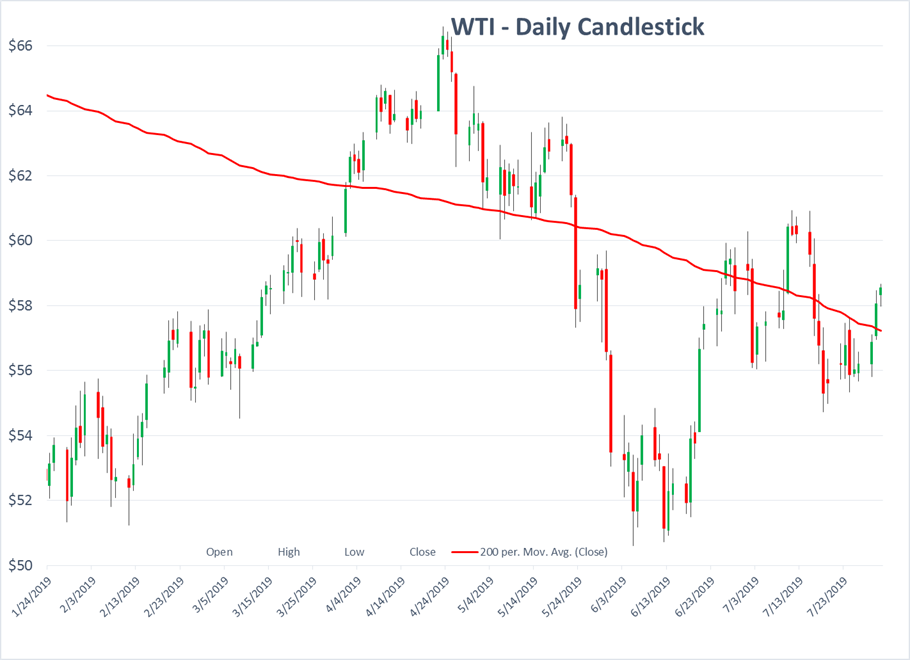 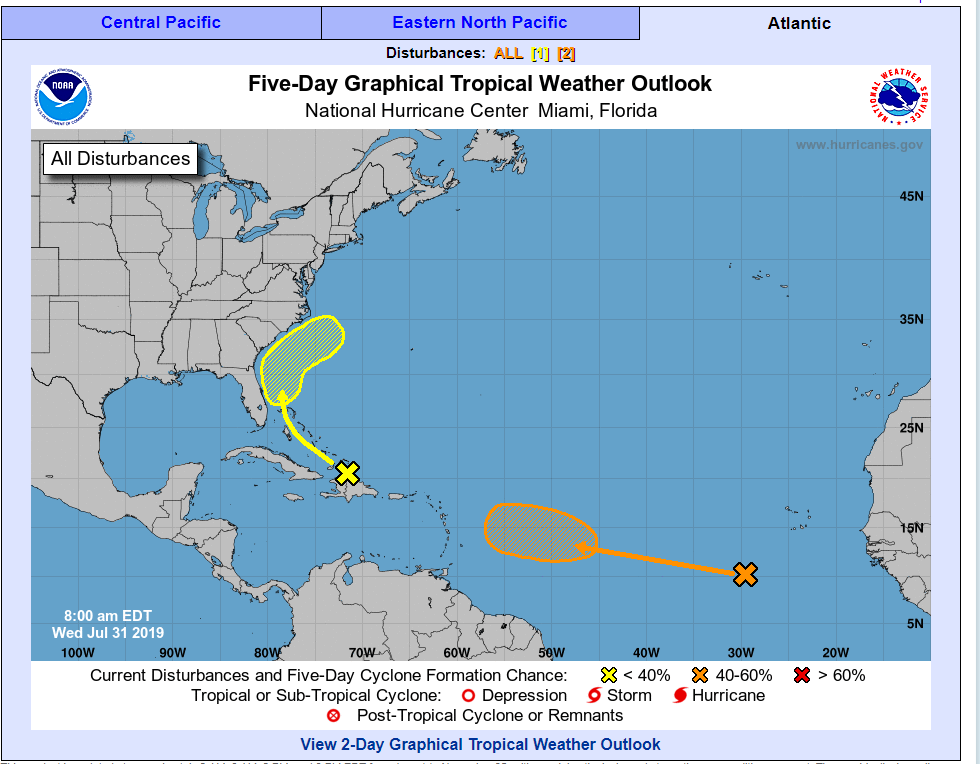