Another Fear On/Risk Off Day

It’s another Fear On/Risk Off day for energy and equity markets after the recovery rally ran out of steam Wednesday afternoon. The weekly inventory report from the DOE seemed to matter for about five minutes yesterday, as did the FOMC announcement, and then trading seems to have refocused on the unknowns of the coronavirus.

ULSD prices are leading the move lower again, and are facing an important test on the charts as they hover around one-year lows near $1.65. The last time they traded down to this level at the end of 2018, they rallied 25 cents in under two weeks. That said, there is little other support on the charts, so if prices can break and hold below this level, there could be another 20 cents of downside in short order.

A five percent drop in refinery runs was the most notable figure from the weekly DOE report, with rates dropping in four out of five PADDs. A variety of planned and unplanned maintenance events throughout the country – foreshadowed by strengthening basis values over the past week – help explain the large drop, while discretionary cutbacks due to plunging crack spreads could also be in play. Typical seasonal patterns suggest we should see refinery rates continue to drop for another two to three weeks before starting the annual spring ramp up.

Despite the cut back in refinery throughput, gasoline inventories reached a new record high last week, with the gulf coast glut growing for another week. Inventory levels on the East and West coasts are holding near or below their five year averages for this time of year, but the gulf coast now has nearly five million barrels more inventory than we’ve ever recorded prior to 2020. That excess in the gulf could lead to stronger values for shipping, whether that be over the water or on pipelines, as PADD three suppliers will be challenged to clear that excess ahead of the spring RVP transition. 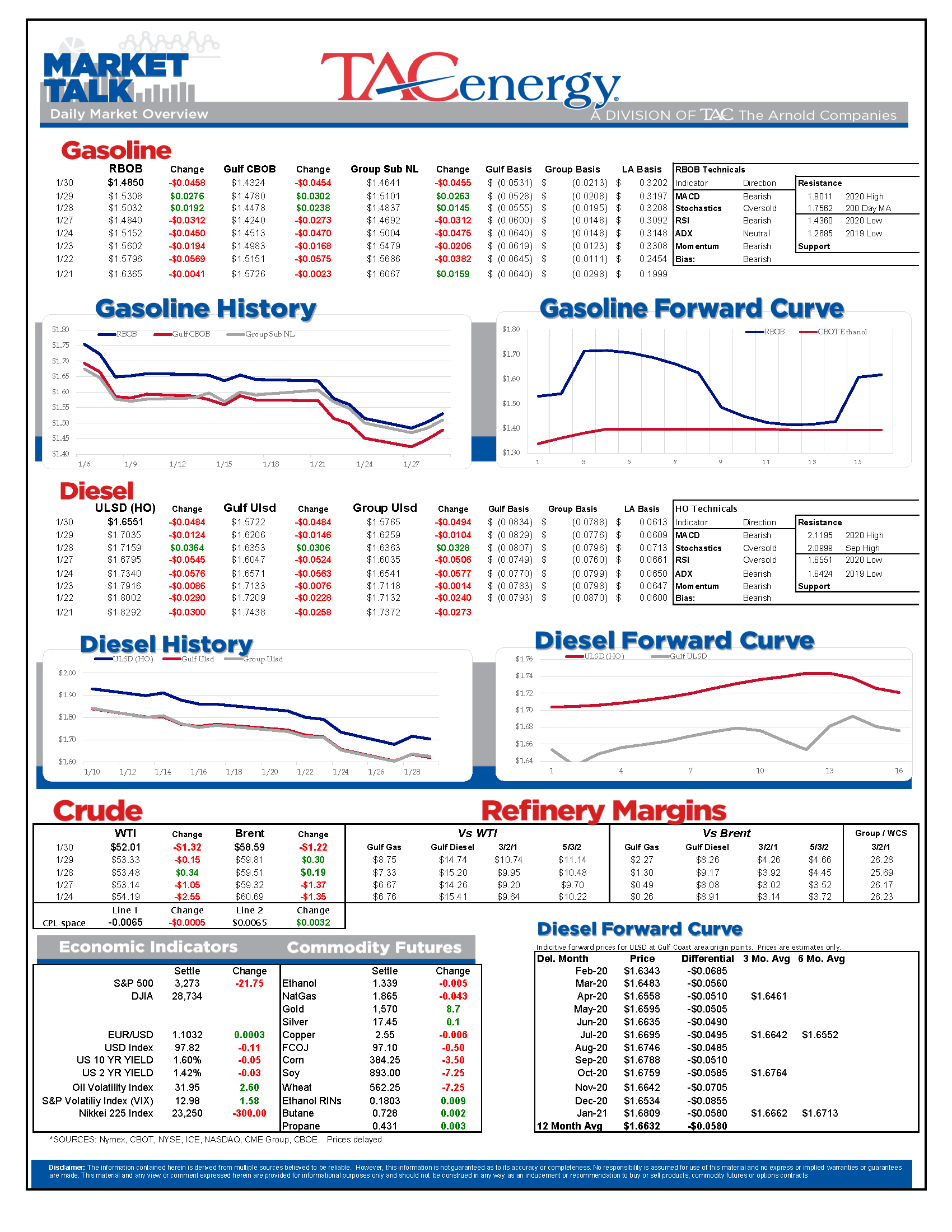 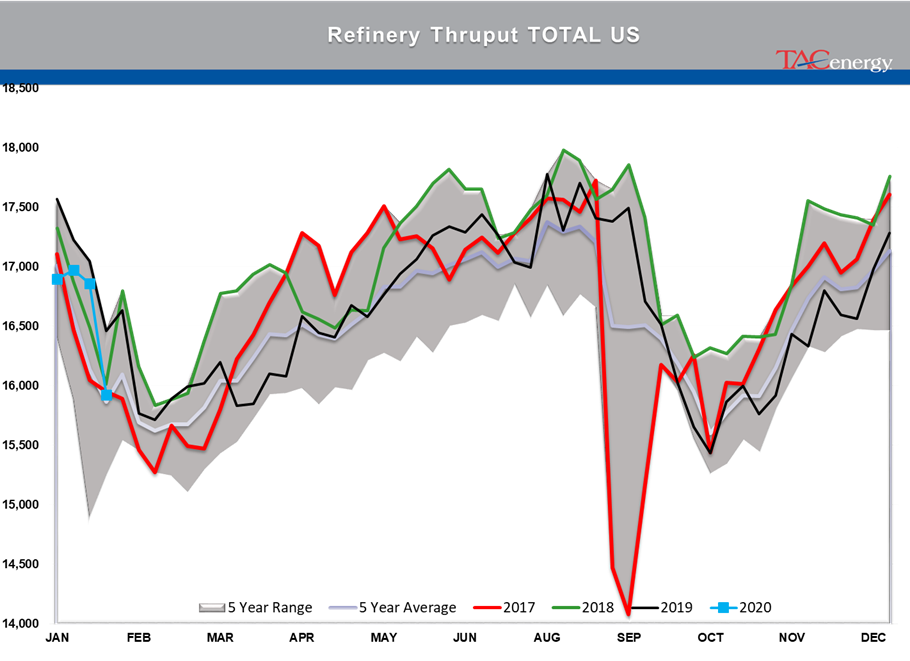 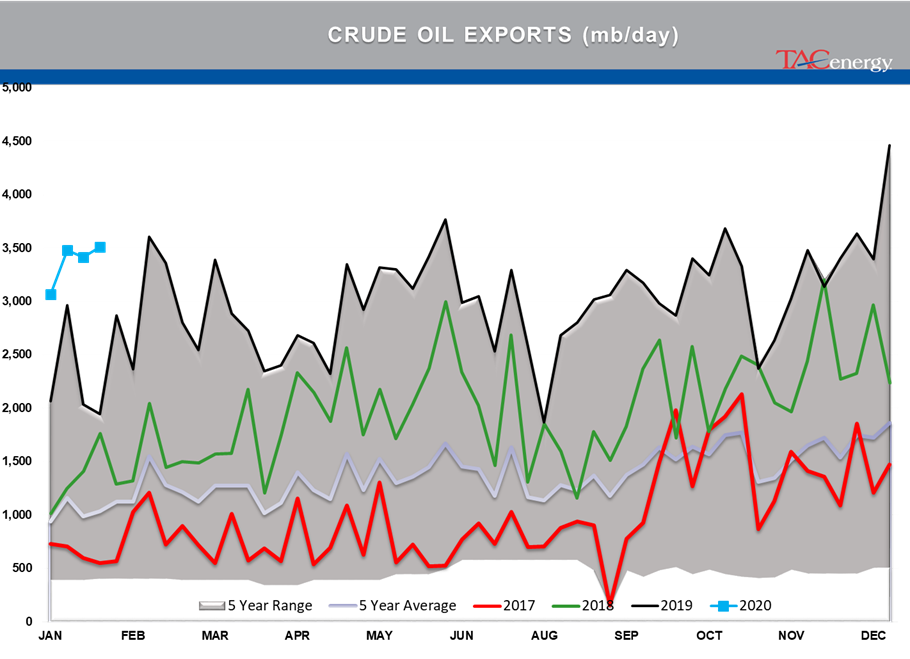