WTI broke above the $60 mark Wednesday for the first time since early November, as another early morning sell-off proved to be another head fake in the ongoing Spring breakout rally. Brent and RBOB gasoline also reached new 4+ month highs during the rally sparked by bullish demand estimates and inventory draws in yesterday’s DOE report, although that upward momentum has waned overnight as stocks markets point to a lower open in what appears to be a small post-FED temper tantrum.

The total US Petroleum demand estimates continue to hold above their seasonal 5-year range, although many in the industry are doubtful of those figures given lackluster motor fuel demand in many parts of the country. The Midwest in particular has seen a brutal weather combination of a winter storm parade followed by flooding that has sapped consumption.

Speaking of which, those floods are the culprit behind the ethanol shortages stretching across much of the southern half of the country, wreaking havoc on fuel supplies even in markets where gasoline stocks are ample. This is despite the fact that the DOE reported that total ethanol inventories in the US reached an all-time high last week. To put it another way, what’s happening to the distribution network in the Midwest is ethanol’s equivalent of what happens to gasoline supplies when there’s a hurricane in the Gulf of Mexico. 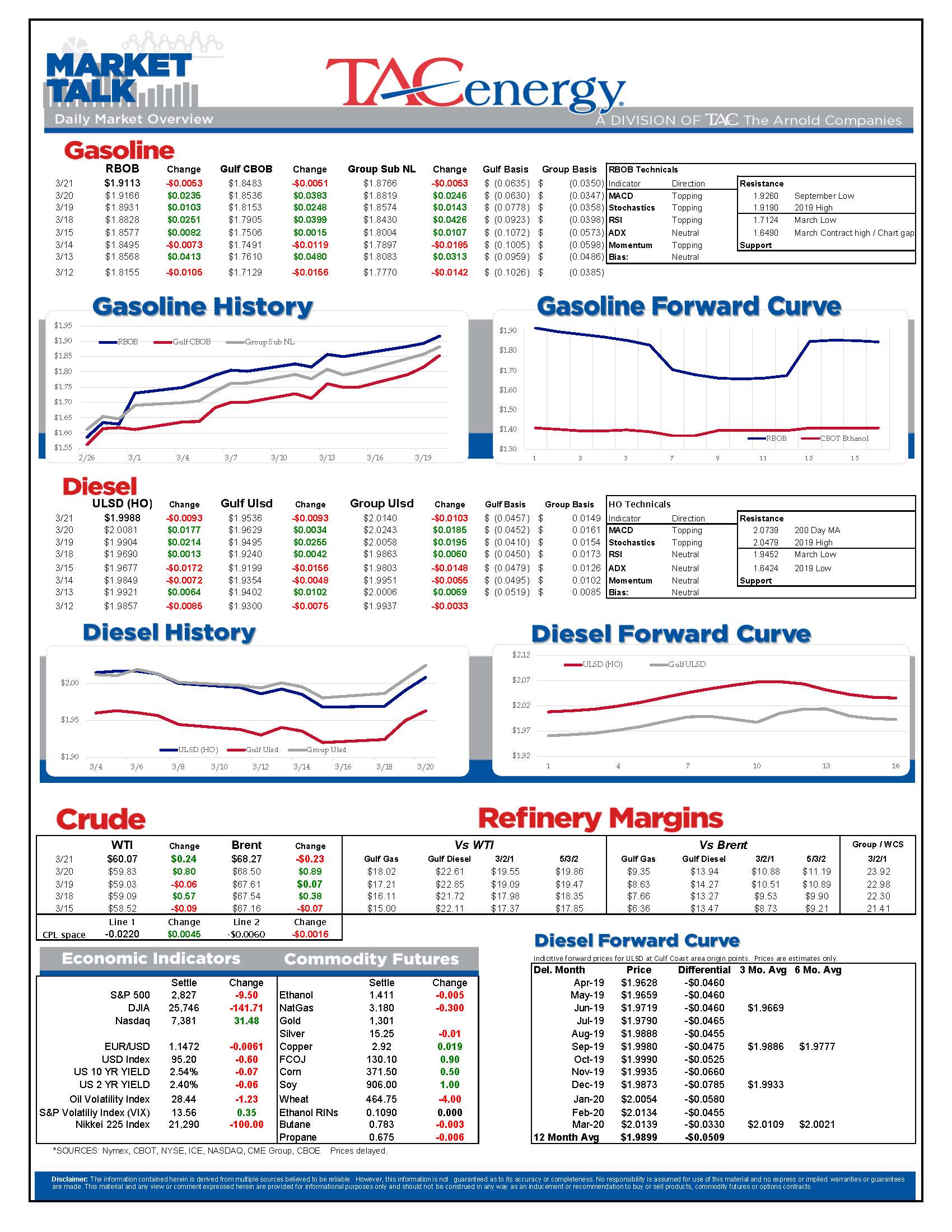 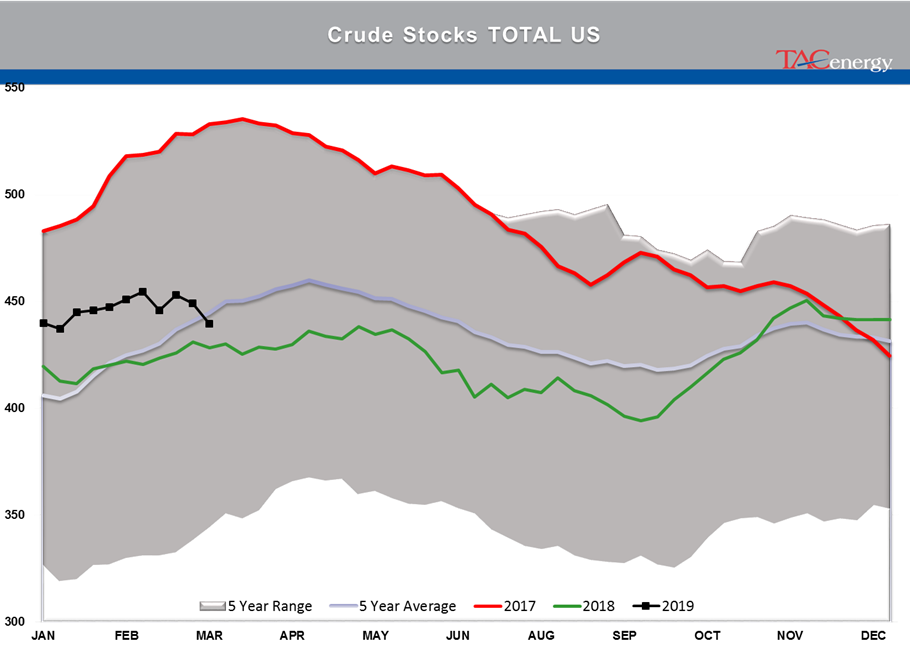 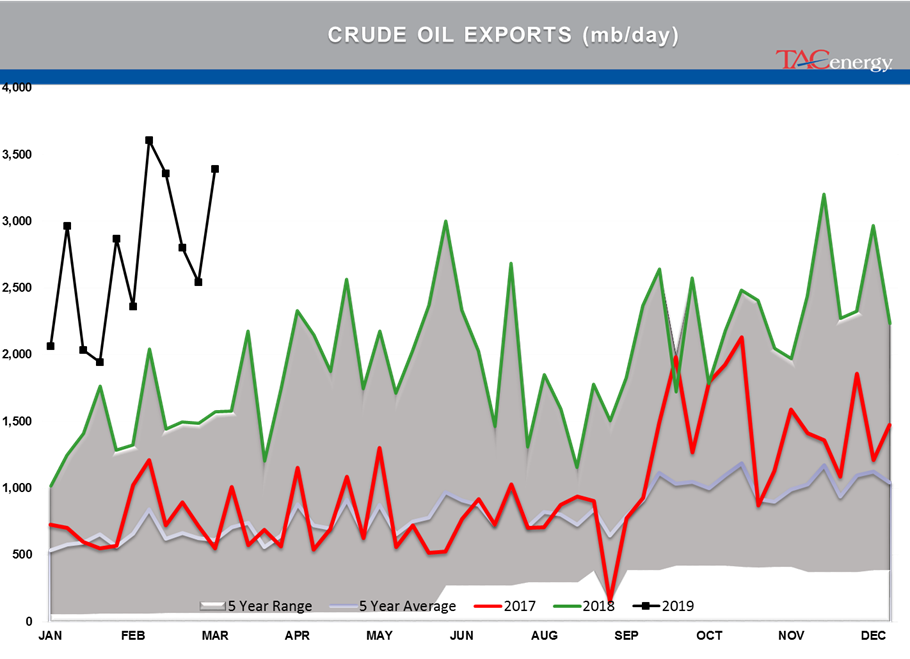