After 5 weeks of sideways trading, most of the energy complex has pushed through technical resistance overnight, reaching new 3 months highs, and setting the stage for a spring break-out rally, with charts suggesting we could see another 15-30 cents of upside for gasoline and diesel prices over the next 2-3 months. WTI is lagging the rest of the complex as the rash of refinery issues that’s helped drive the product rally also means less demand for domestic crude.

Speaking of which: The DOE report Wednesday showed US refinery runs dropped by more than 5% last week following the numerous refinery outages that have been widely reported, many due to weather-related issues, others owing to a busy spring maintenance schedule and others believe to be economic-based run cuts with gasoline margins in the tank. The weekly decline was the 11th largest drop in the past 20 years, and is of a scale typically only seen in the wake of a Gulf Coast Hurricane. The big question now is how soon do we see run rates bottom out.

There was a potentially, but uncertainly, meaningful development in the Venezuelan saga this week as the US law firm that had been taking orders from the old Maduro regime, appears to have switched allegiances and is now taking orders from the new US backed leadership. It’s unlikely that this change will have any short-term impact on oil flows, but it may have a significant long term impact on Citgo’s operations, which continue to seem unaffected by the drama. 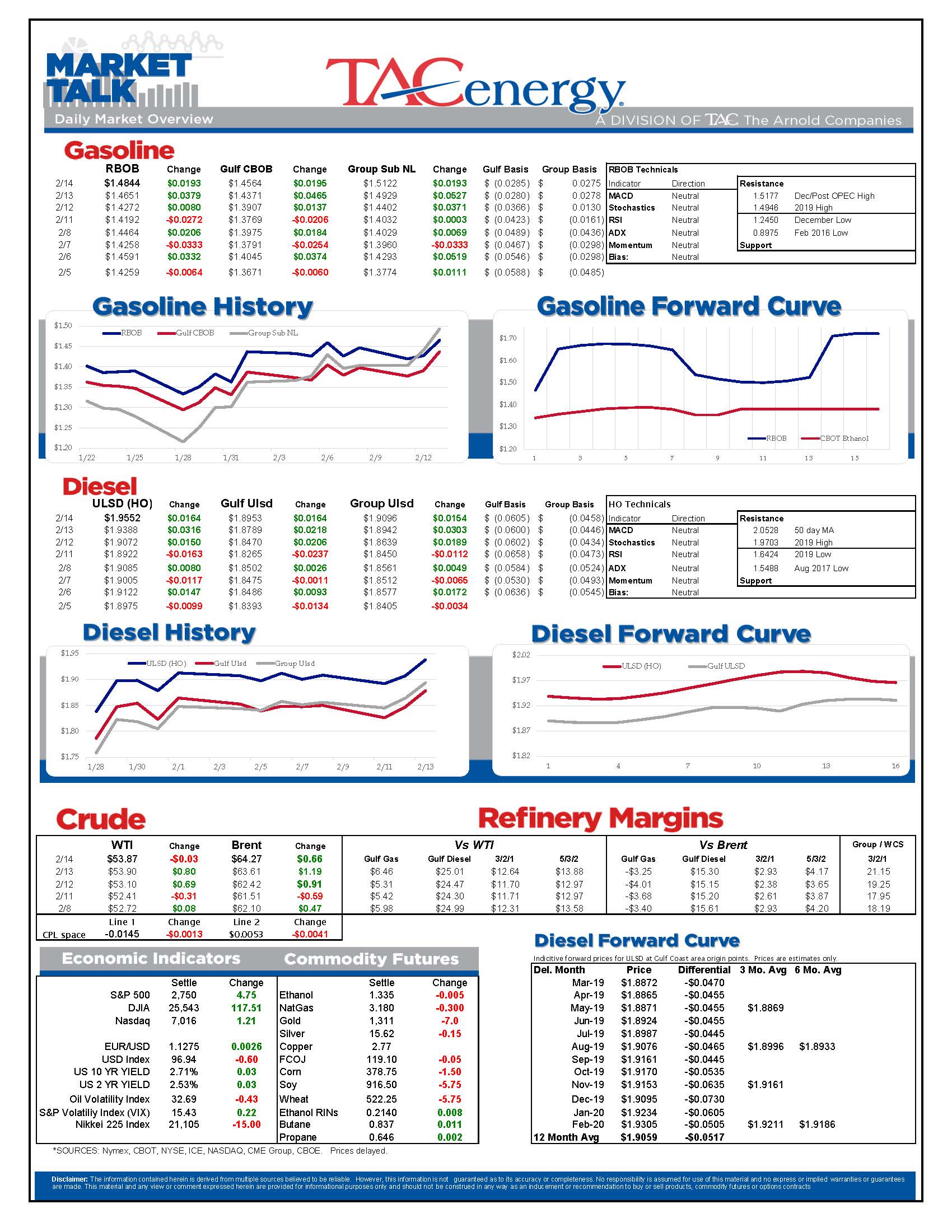 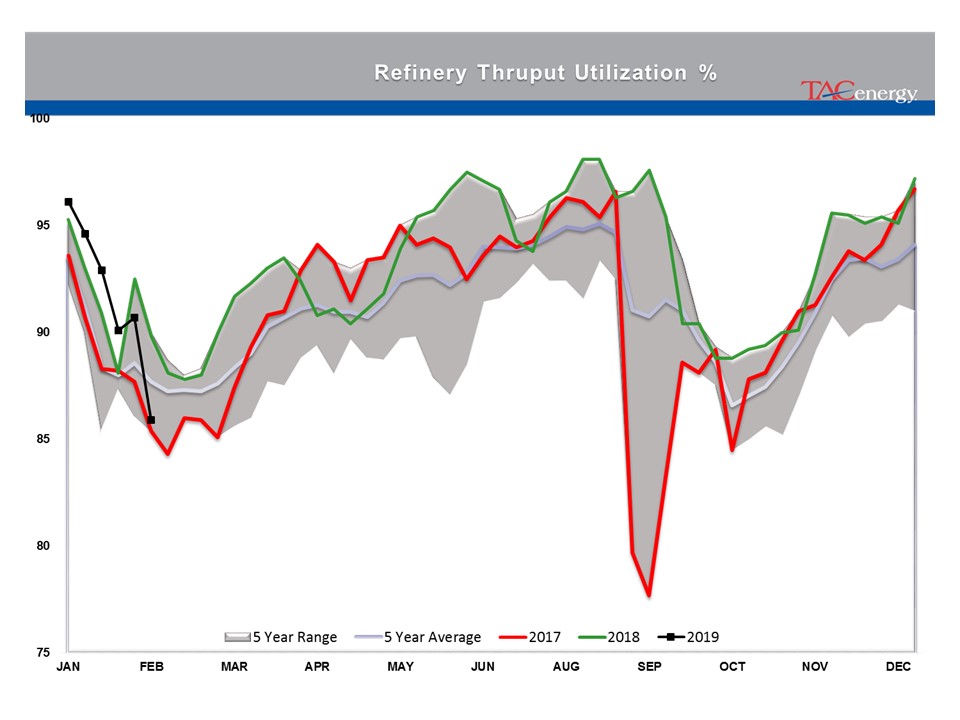 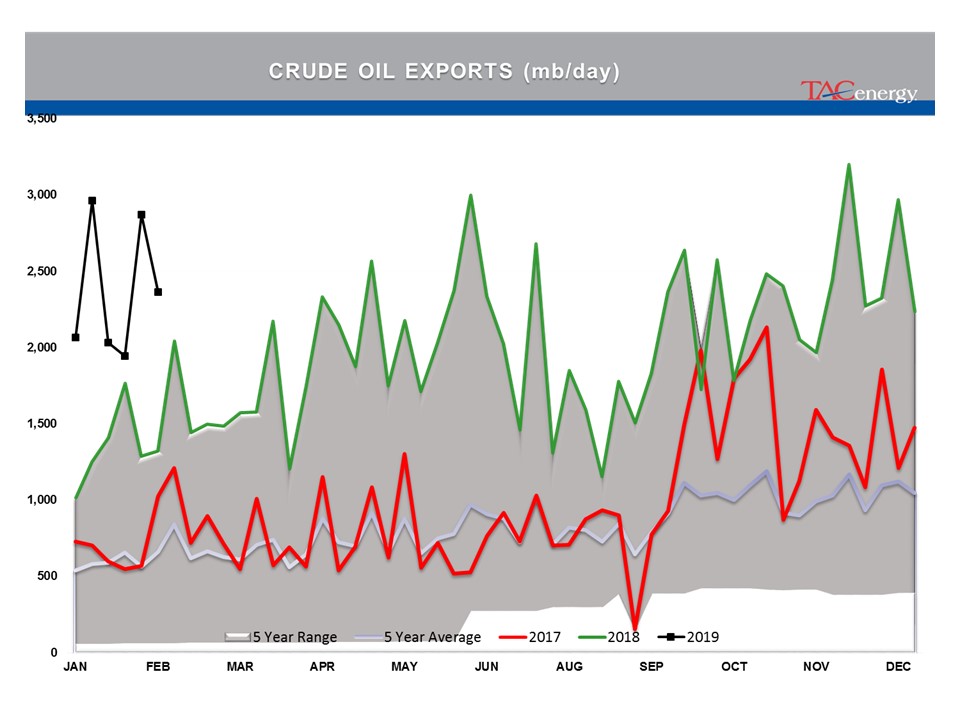