Energy futures are struggling for direction to begin May trading, after a strong finish to April. A large increase in US crude oil inventories seems to have kept moderate selling pressure on WTI overnight, while refined products have alternated between gains and losses overnight, as it seems traders are content to wait on the DOE and perhaps the FED before making the next move.

Don’t adjust your dial: When May RBOB futures expired yesterday, they were almost 6 cents more expensive than the June contract that’s now taken the prompt position. So, while June RBOB is actually up slightly on the day, the net change when comparing the continuous futures codes are down more than a nickel. Cash markets so far are fairly flat on the day.

The API was reported to show a build in crude stocks of 6.8 million barrels last week, while gasoline stocks declined by 1 million barrels and distillates dropped by 2 million barrels. The DOE’s weekly report is due out at its regular time this morning. It may sound like a broken record, but watch refinery runs closely this week to see how quickly the supply network recovers from a brutal spring in terms of unplanned maintenance.

The latest in the political drama known as the Renewable Fuel Standard (RFS): As RIN values continue to languish, a new Reuters report suggests the rumored plan by the EPA to release data on small refinery exemptions to the RFS may be not get off the ground.

Speaking of political drama: The FOMC is meeting today. According to the CME’s Fedwatch tool, traders are giving a 97.5% chance that no changes to interest rates are made today so the statement – due out at 1pm central – is unlikely to move markets unless there’s a surprise change to the FED’s “patient” stance announced previously.

It’s worth noting that Fed Fund futures are giving a 64% probability that the FOMC cuts rates at least once by year-end, and a zero % probability of a rate hike. Those expectations for lower interest rates seem to be contributing to a weaker US dollar lately, although the relationship between the dollar and energy values has remained relatively weak over the past year, making the FED’s decision less likely to have an impact on fuel prices short term. 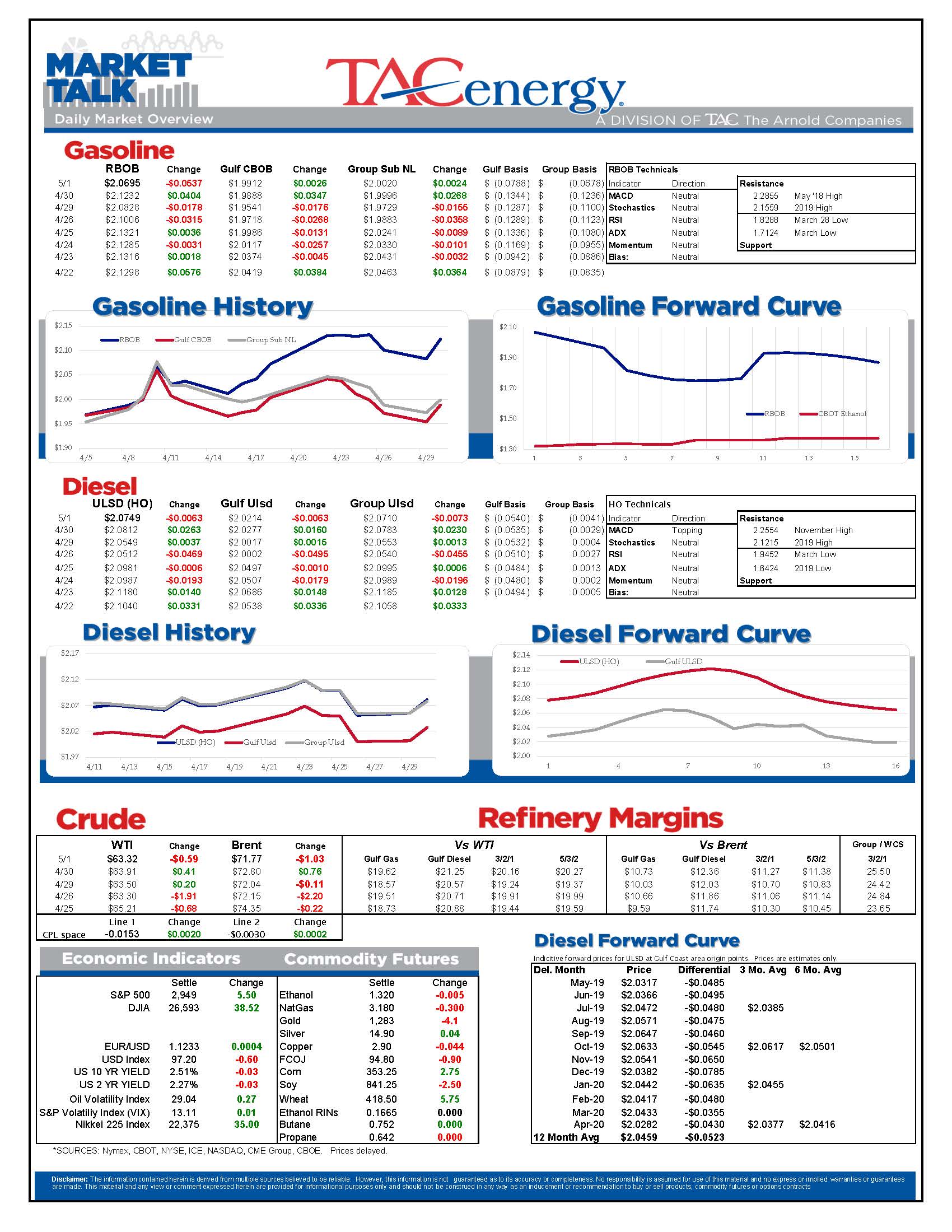 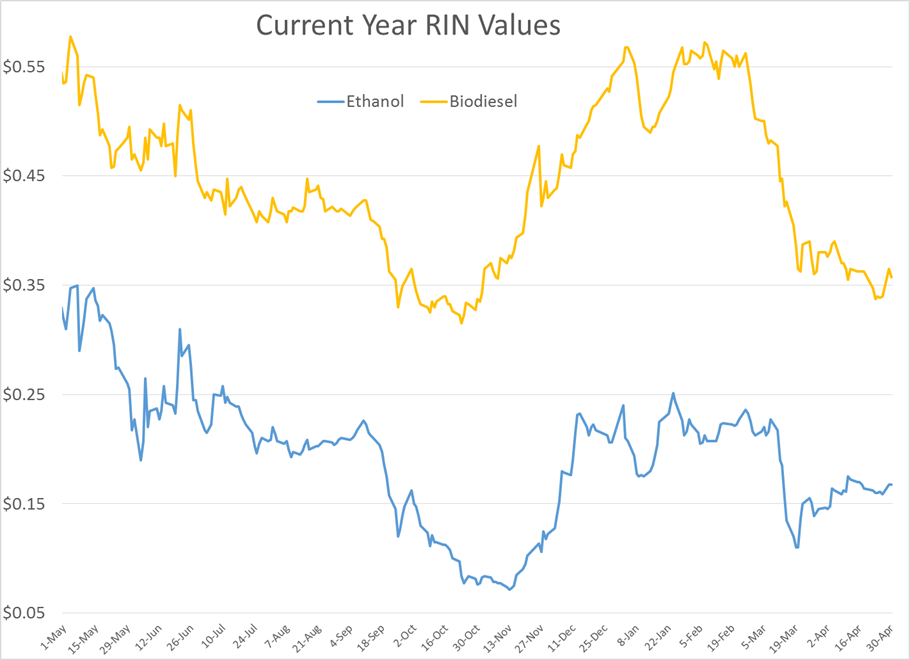 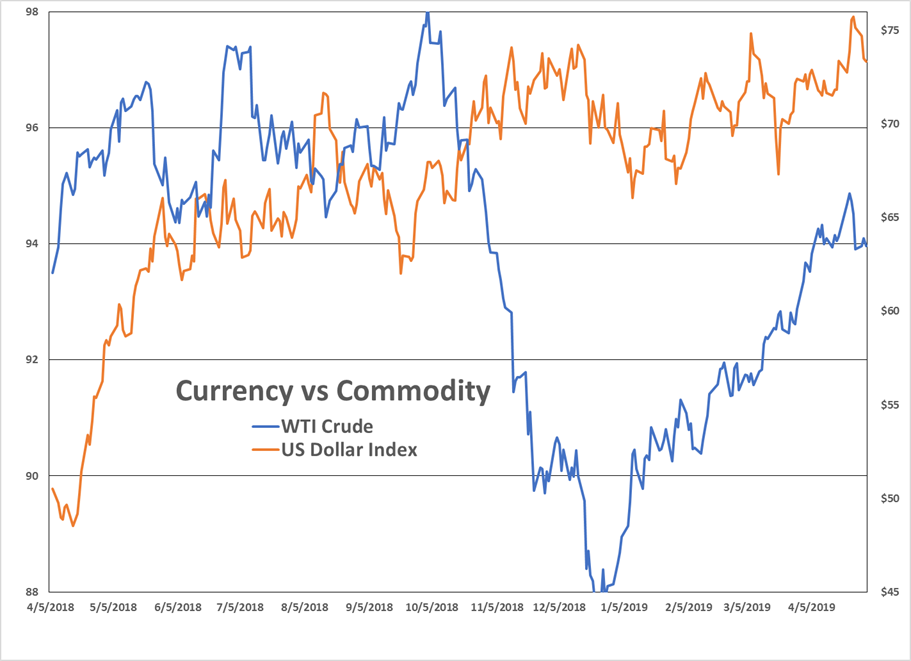