Energy markets are having a hard time making up their mind to start the week as overnight gains of $1 for crude and 2-3 cents for refined products turned to early morning losses across the board. Middle-East supply tensions and global demand fears continue to be the leading culprits in the daily tug-of-war on prices, and the charts are offering little in the way of clarify as to what might come next. The EIA published a note this morning highlighting the impacts this event are having on global prices.

There are conflicting reports on how long it will take to bring that damaged Saudi oil infrastructure back online – Kingdom officials continue to insist the repairs will be done in weeks, while outsiders suggest it may take much longer - leaving market participants to guess what the real impact will be to global supply.

Iran has reportedly released the British oil tanker it seized back in July, which the market is taking as a sign of easing tensions ahead of UN meetings this week. The British Prime Minister meanwhile has joined several other nations placing blame on Iran for the attacks on Saudi oil assets last weekend, just in case anyone was worried that peace might break out.

TS Karen formed over the weekend and will head north over Puerto Rico this week. After that there’s plenty of uncertainty, but a chance that the storm could turn west and head towards Florida or other parts of the South Eastern US coast next week. Tropical Depression 13 also formed over the weekend and will need to be monitored as it begins its long trek across the Atlantic.

Although trading volumes hit all-time highs in several energy futures contracts during Monday’s huge price spike, money managers made little change in their overall net positions, and a slight decline in Brent’s net length suggest some speculators saw this as an opportune time to take some profits. Swap Dealers saw modest declines in their positions during the week, suggesting that industry participants used the rally as an opportunity to add to their forward hedge positions.

Baker Hughes reported a drop of 14 oil rigs operating in the US last week, bringing the total count to a fresh 2 year low. If prices can hang onto the gains set last week, it’s possible we could see the rig count bottom out in this current area, although those decisions will be made with a much longer time horizon – and take longer to implement – so don’t expect an immediate change. 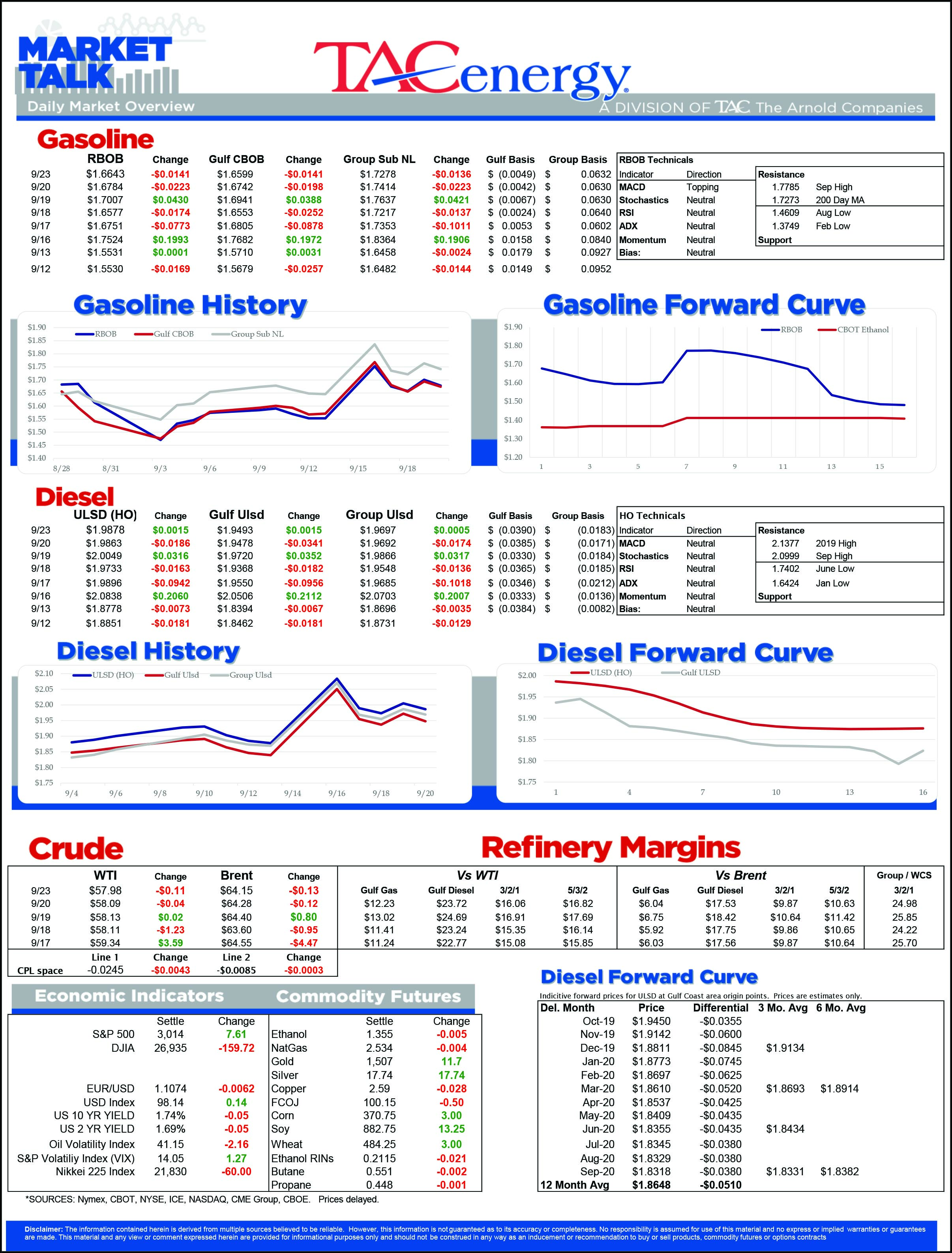 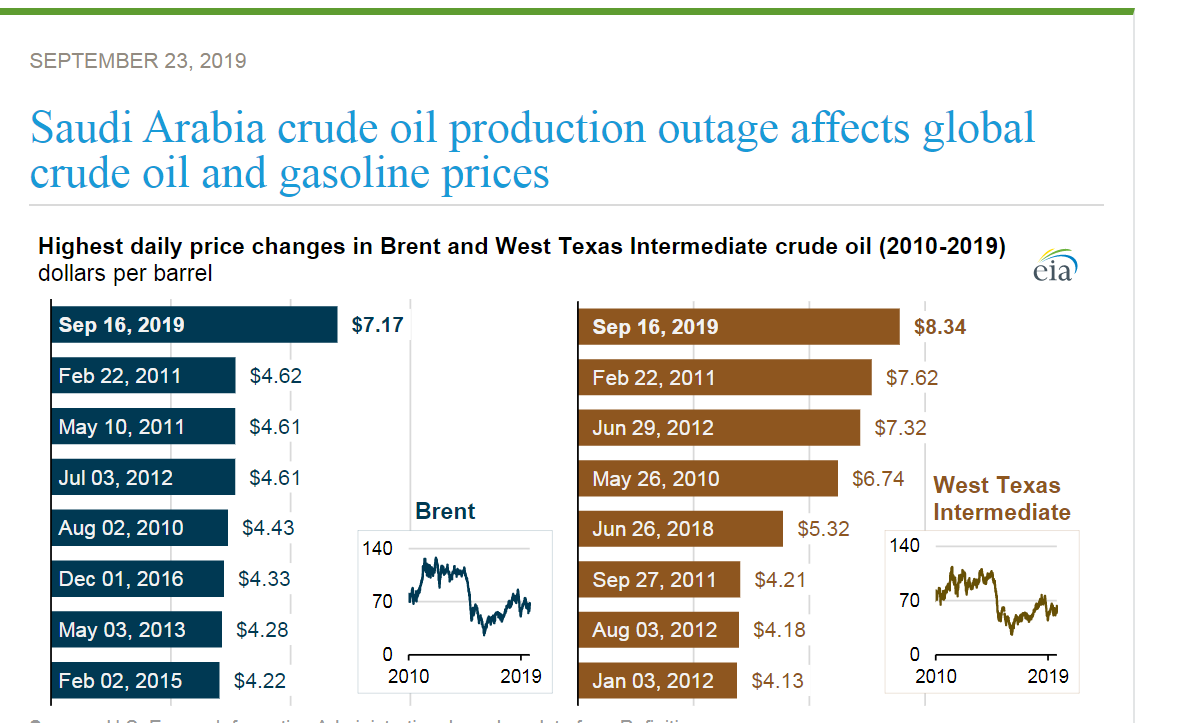 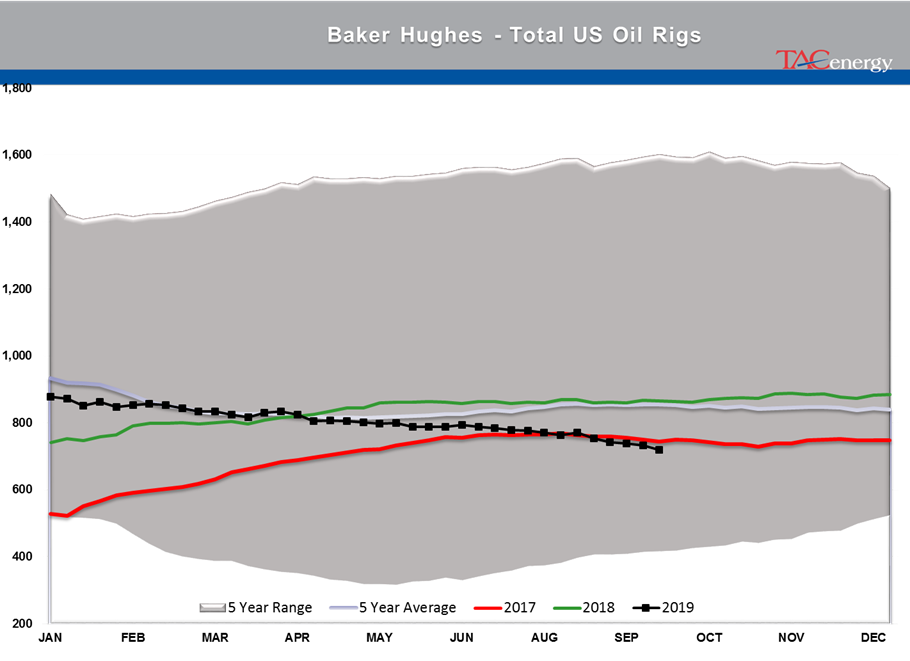