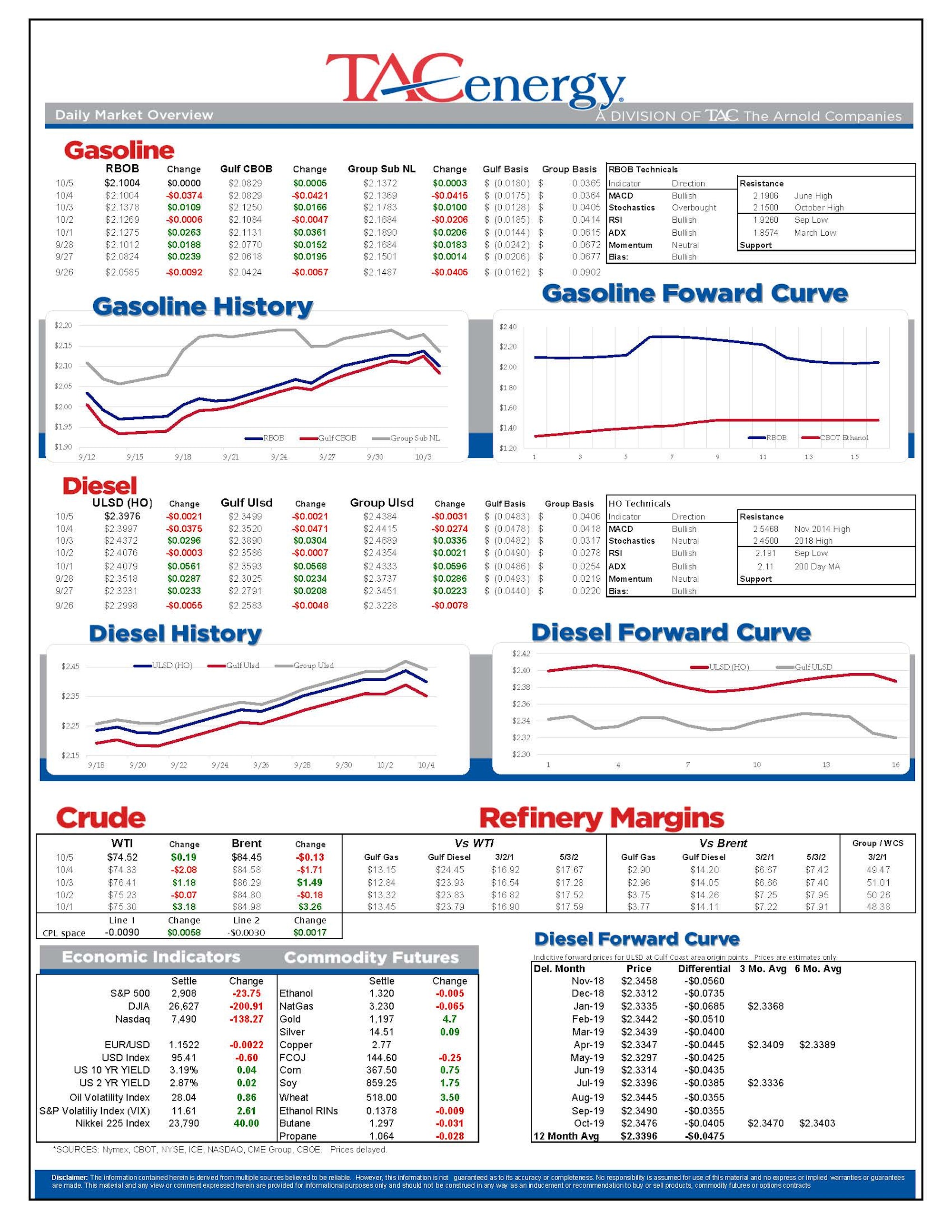 Energy prices finally saw a meaningful pullback Thursday for the first time in 3 weeks. The complex was overdue for some selling as many short term technical indicators had moved into overbought territory as prices reached 4-year highs, although sharp drop in US stock markets took credit for some of yesterday’s decline.

While the sell-off knocked energy prices back 3% or more from the highs reached on Wednesday, prices remain in a longer term up-trend, and we’ll need to see at least another $2 taken out of oil prices, and a nickel of losses for refined products before the fall rally comes under real threat of being broken from a chart perspective.

The sell-off in equities has largely been blamed in a sell-off in bond markets, highlighted by a drop in US treasury prices that pushed 10 year treasury yields to their highest level in more than 7 years.

The good news for those that follow the theory that an inverted Treasury yield curve is a sign of a pending recession, is that the 2/10 year treasury curve has been moving lower as the 10 year yield has risen this week. That move is consistent with the idea that good economic data in the US is encouraging the increase in interest rates.

Right on cue, the BLS reported that the unemployment rate dropped to 3.7% in September, its lowest level since 1969. The “U-6” unemployment rate (which some argue is a more meaningful measurement than the “official” rate) dropped from 7.4% to 7.1%.

Today’s interesting read: The IEA published a report that predicts demand for plastic, not motor fuel, will drive global oil demand growth over the next 30 years.