Energy prices are moving higher for a 3rd day to start Thursday’s session, with momentum from some bullish data points in the DOE report, and a market-friendly FOMC statement carrying through from Wednesday’s session. Prices are once again within striking distance of their December highs, which capped the last rally attempt, and look to be the difference between this rally lasting a few days, and it lasting a few weeks.

A little Patience from the FED went a long way in financial markets, with US equity markets surging after the central bank sent a strong signal that it would not rush further monetary tightening. Monday the CME’s FEDWATCH tool showed roughly a 20% chance of at least 1 more interest rate hike in 2019, and a 10% probability of a decrease. This morning, after the “patience statement”, there’s a 5% chance of an increase, and a 20% chance of a decrease in the next 12 months. You can argue whether or not this is good for the economy as a whole, but it’s hard to argue that more accommodative monetary policy is anything but good news for stock markets.

Reports (also known as rumors) that the White House was considering a release of the US Strategic Petroleum Reserve to counter any negative effects from the Venezuelan sanctions suggest the administration has a much better handle on how to work the media than they do an oil refinery. In reality, if the rumors manage to take the steam out of the rally in oil & products futures, that would seem to be a mission accomplished, even if there is a negative impact to Gulf Coast refiners.

Speaking of which, while much of the focus is on potential fall-out with Citgo and its 2 Gulf Coast refineries due to sanctions, it was Citgo’s Chicago-area headline that had the most market impact Wednesday, when reports of a reduction in processing rates due to extreme cold sent Chicago gasoline prices up nearly 10 cents on the day.

Speaking of refinery run cuts: The headline drop of 586,000 barrels/day of refinery throughput seemed to catch some traders off-guard based on the strong reaction in refined product prices after the report. Then again, even after the 3.4% drop during the week, refinery runs are still 450,000 barrels/day higher than they were this time last year…and last year’s figure was a record high for the 4th week in January.

Unbelievable? The weekly gasoline demand estimate from the DOE surged nearly 8% last week, and at 9.56 million barrels/day is ½ million bpd higher than this time last year, and is at a level historically only witnessed during the summer driving season. Considering the numerous anecdotes about gasoline consumption slowing last week on the heels of 2 winter storms. Read the methodology notes from the EIA if you need a reminder why the weekly estimates are not reliable as a true indicator of actual consumption. If the theory that implied demand spiked as secondary fuel inventories were stockpiled ahead of the storm, we should see a large correction in the estimate in the next 2 weeks. 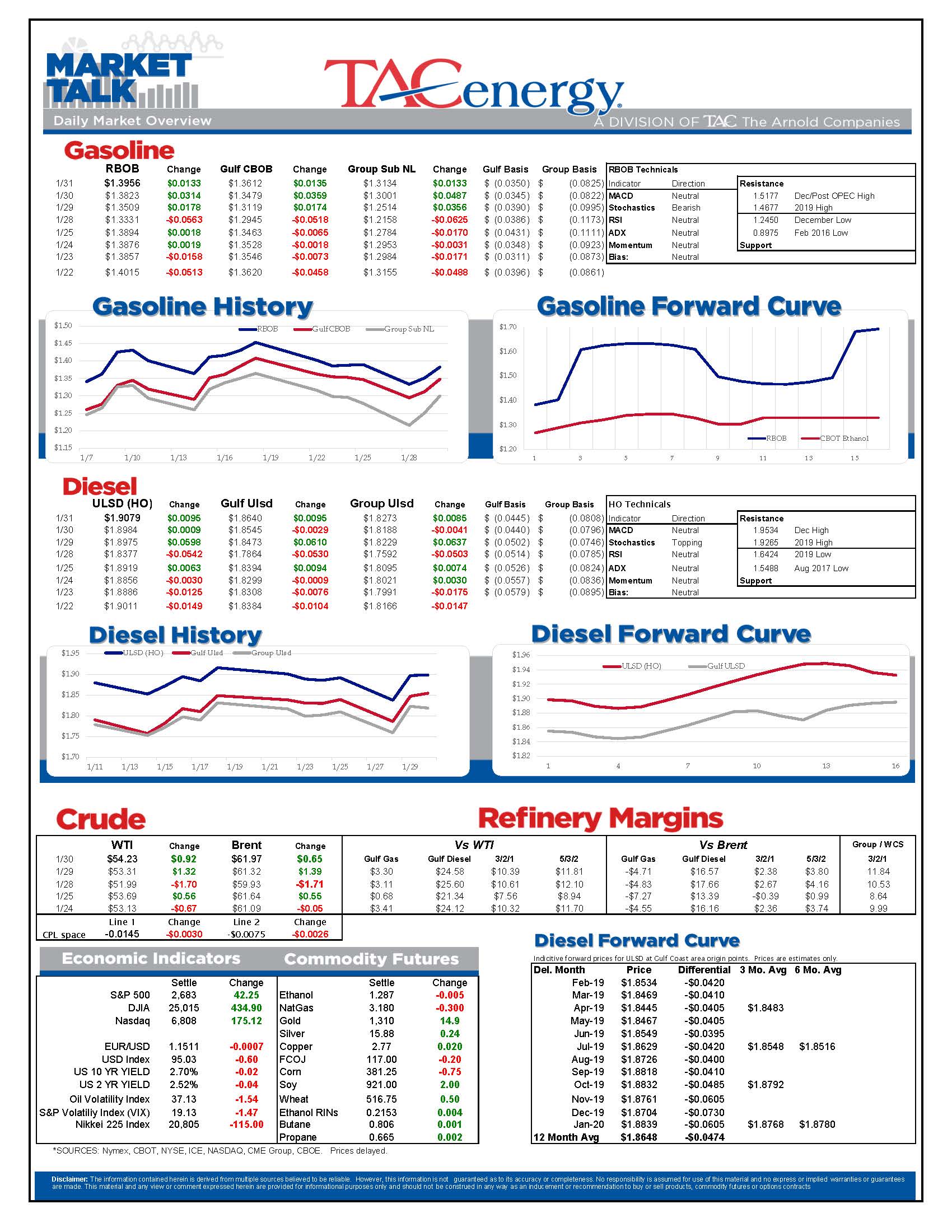 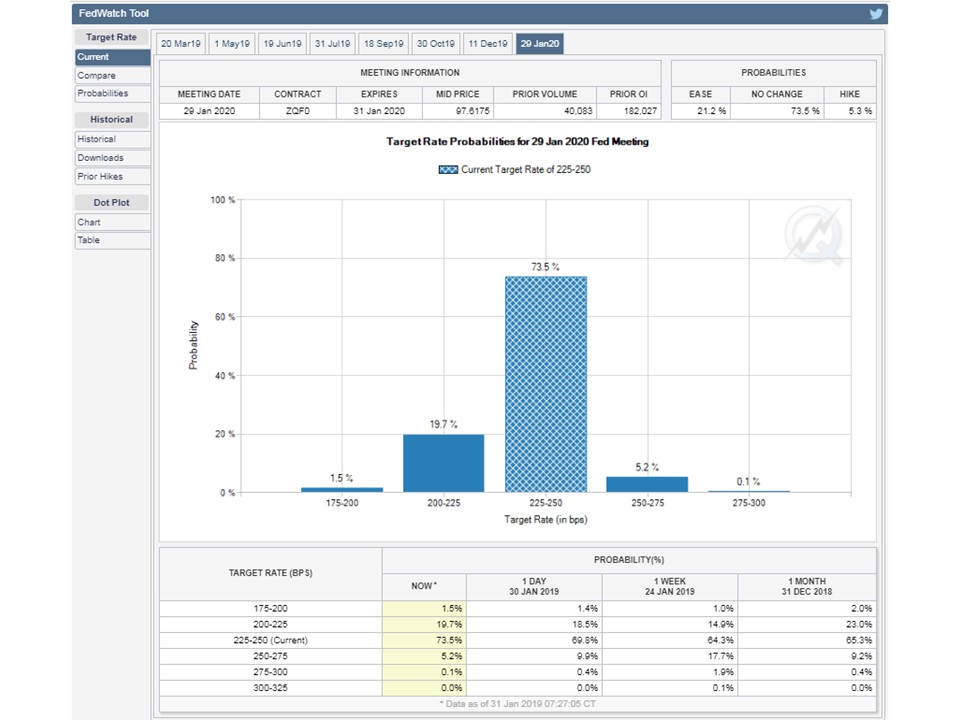 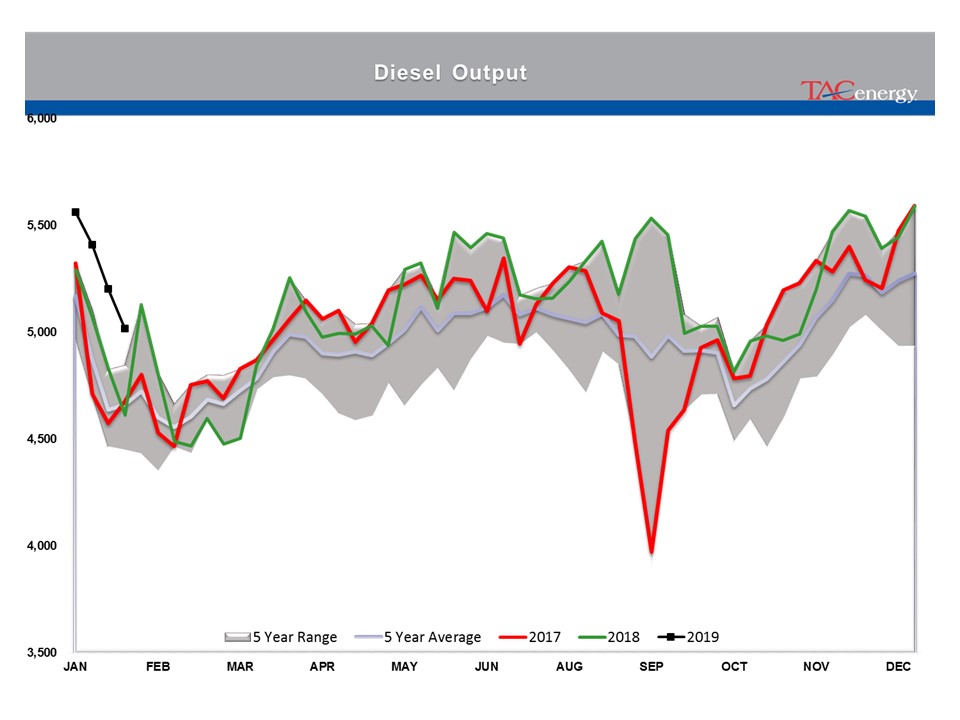