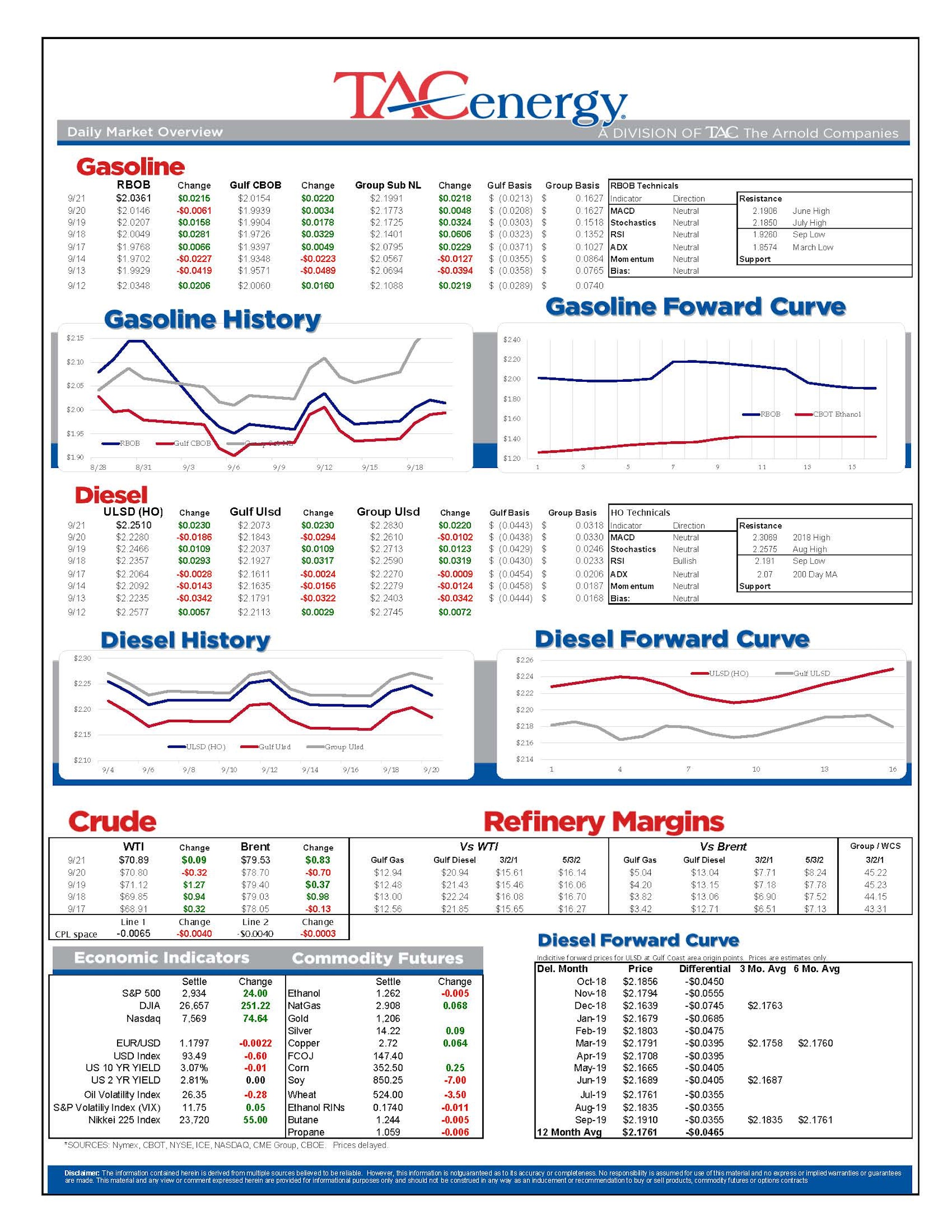 Energy prices have recovered all of Thursdays losses in early morning trading today: gasoline and diesel contracts are up two cents this morning while American and European crude grades add on between $.50 and $1 each.

Lower prices were being loosely attributed to some strongly worded social media posts made by the White House yesterday insisting that the world’s largest oil cartel should ‘get prices down now’. This comes days after Saudi Arabia stated it’s comfortable letting crude prices continue their gradual climb to $80 per barrel.

Speaking of, OPEC is putting on a problem-solving forum in Algeria on Sunday to figure out who and where the Iran replacement barrels will come from. With an estimated 2.5 million barrels of crude oil per day up for grabs due to sanctions on the Islamic Republic, the meeting is expected to agree that Russia will cover the deficit. The cartel is expected to leave its own production expectations untouched.

‘Dynamic Development’ seems to be the name of the game in as far as tropical weather goes. A blast of Saharan dust has been keeping storms from organizing so far this week but there are now four disturbances in the Atlantic. Fortunately, for now anyway, it looks like only one of these has a chance for cyclonic development in the next week and, since it is just off the Western coast of Africa, poses no threat the States for the several few days.