Energy prices are up slightly this morning after a heavy wave of buying yesterday. A weaker dollar pushed energy prices some 4% higher Wednesday, making up for Tuesday’s losses and then some. RBOB prompt month futures were last seen just over $1.53 per gallon while HO looks like it may make a run at $1.90; crude oil jumped over $56 dollars per barrel, tempting monthly highs.

The Tanker Saga™ had a very interesting development yesterday: it wasn’t a Nigerian prince but a top ranking official in the US State Department that contacted the captain of the oil tanker heading to Syria, offering millions of dollars in cash to hand over the carrier. The rather unorthodox tactic is Washington’s latest bid in an effort to exert maximum pressure on Iran over its breach of the 2015 nuclear agreement which seems to have spiraled even more out of control.

Hurricane Dorian has left Florida and Georgia in its rearview as it progresses northward. Current forecasts has the storm potentially making landfall on the North Carolina coast, but hurricane warnings have nonetheless been issued comprehensively from South Carolina up through parts of Virginia.

Tropical storm Gabrielle still looks to be a non event for the American mainland: the 7th named storm of the season is projected to continue heading northwest over the weekend and fizzle out somewhere in the north Atlantic.

The API published a surprise small crude oil inventory build yesterday afternoon, tempering some of the day’s earlier gains. Eyes now turn to the DOE for confirmation of the Institute’s report, and futures seem content to hover above unchanged leading up to the publication, scheduled for release at 10am CDT. 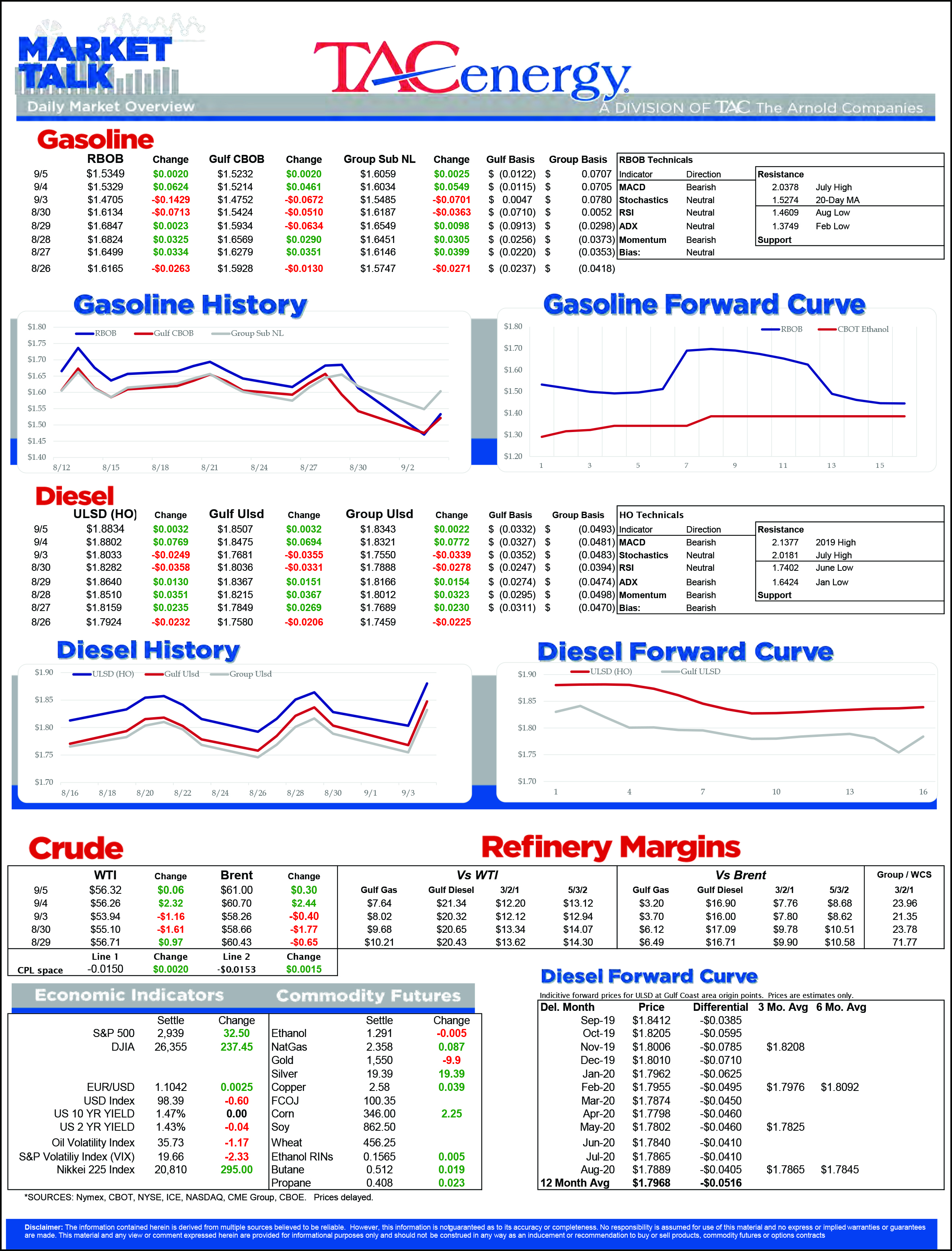 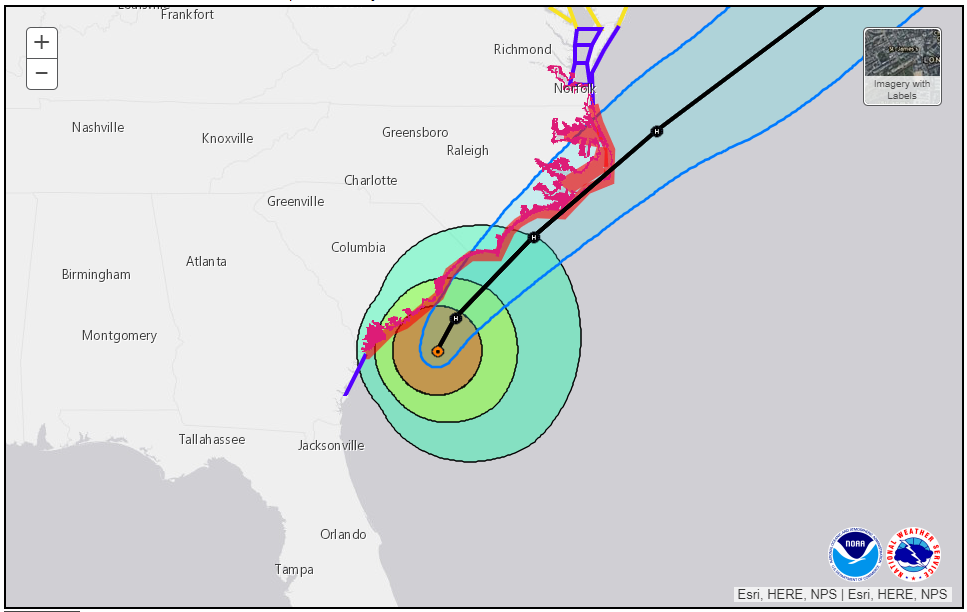 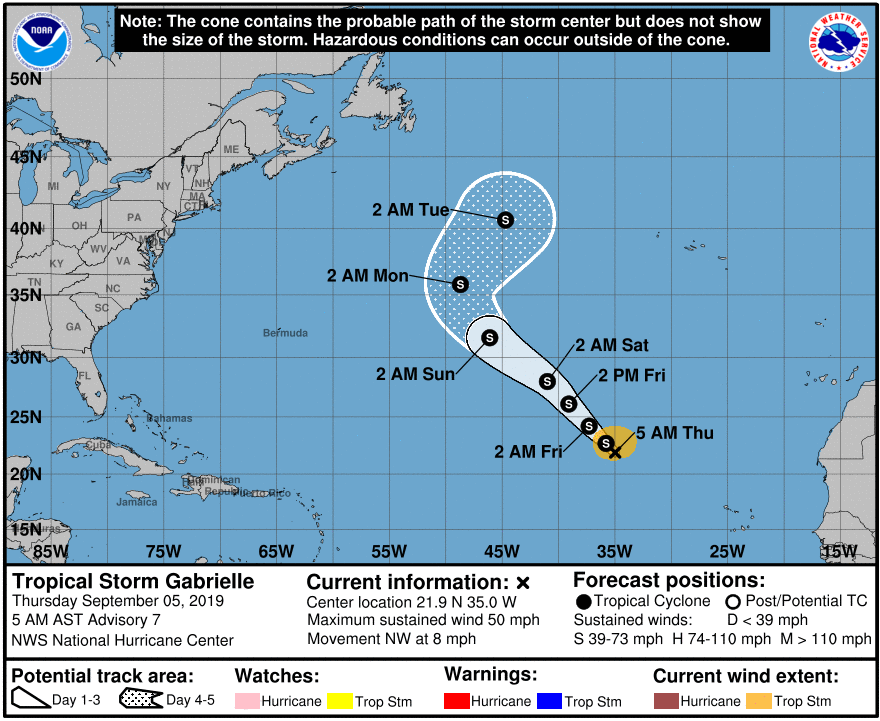