Fear Has Taken Hold Of Energy And Equity Markets

Fear has taken hold of energy and equity markets overnight as the Trade Truce between the US & China is threatened by the arrest of a Chinese CFO for violating US sanctions (allegedly) and the Saudi energy minister is suggesting that there may be no OPEC deal this week.

Also weighing on markets around the world is the yield curve on US treasuries has been tightening, which is an often cited early warning indicator of a pending economic slowdown. As the charts below show, the spread between 2 & 10 year treasury rates reached its smallest discounts in more than 11 years. If you don’t remember, ask a neighbor what the economy did after 2007 and that may help explain some of the fear trade we’re witnessing this morning.

US equity futures are trading down around 1.5% so far today, while oil & product futures are down 2-3% at the moment, after being down nearly twice that amount around 4:30am. RBOB gasoline future briefly dipped to fresh 2-year lows during the overnight sell-off, while the rest of the energy complex is still holding above the lows set last week.

This week’s price action of 3 early buying sprees that fizzled into the close, followed by a 4th session that’s started with a heavy sell-off leaves the potential for a bearish continuation pattern on daily & weekly charts. If the bottom end of the past week’s range (set by November’s low trades) breaks down, there’s a strong case that the bear market will continue, and could have another 15-20% of downside based on the reverse flag formation on the charts. It’s too soon to say this formation is going to happen, as we’ll need to see WTI break (and hold) below $49 and Brent drop below $57, some $2.5/barrel lower than current levels before it’s confirmed.

Of course, even if OPEC doesn’t come to a resolution today, there’s still a chance that there could be an agreement announced tomorrow, when cartel members meet with Russia to discuss their extended output cut arrangement. If you’re wondering just how much influence has on OPEC, given that it’s not a member of the cartel, take a look at the birthday letter the OPEC secretary general sent to the Russian president 2 months ago.

The weekly status report from the Department of Energy’s EIA is due out at 11am Eastern. 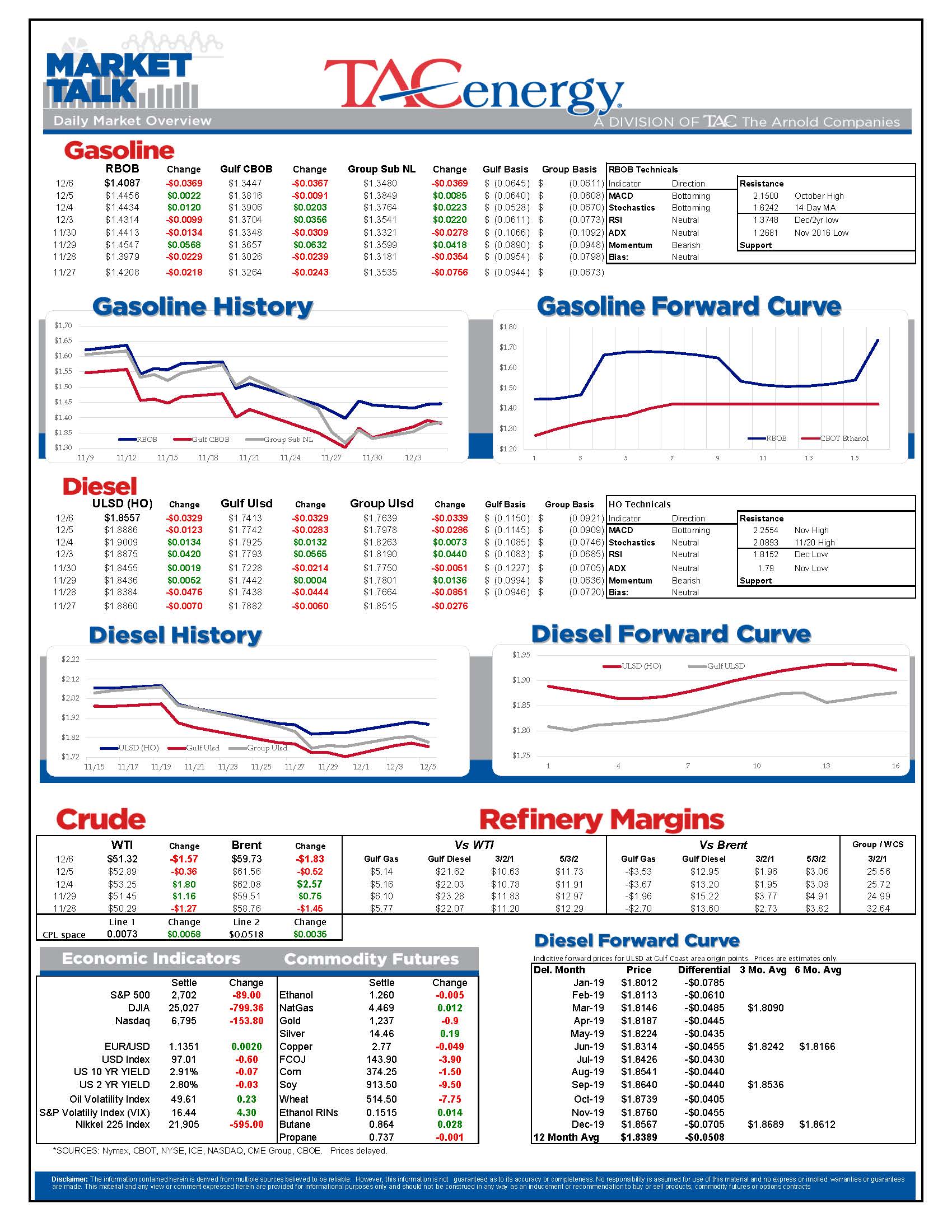 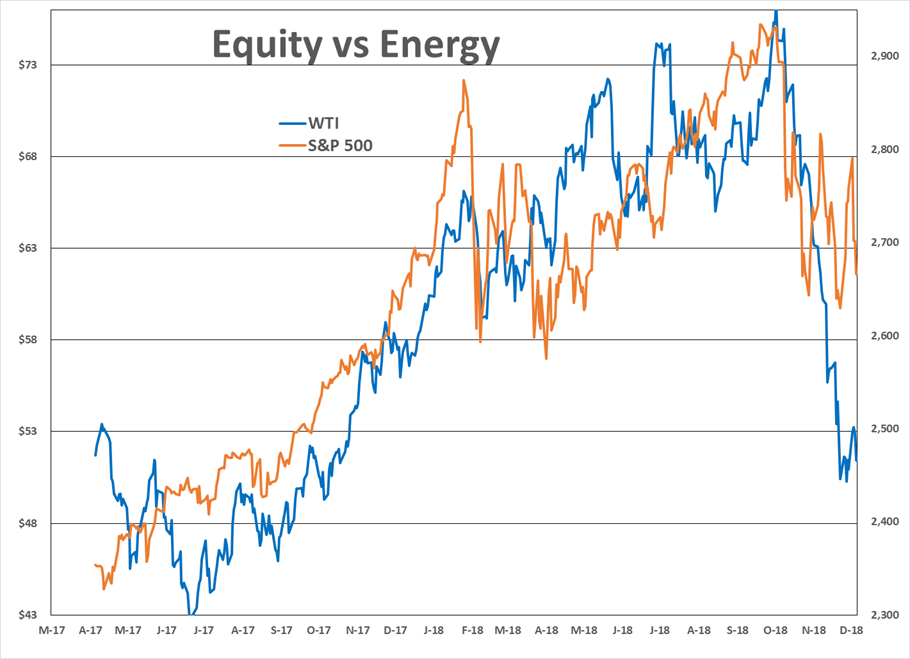 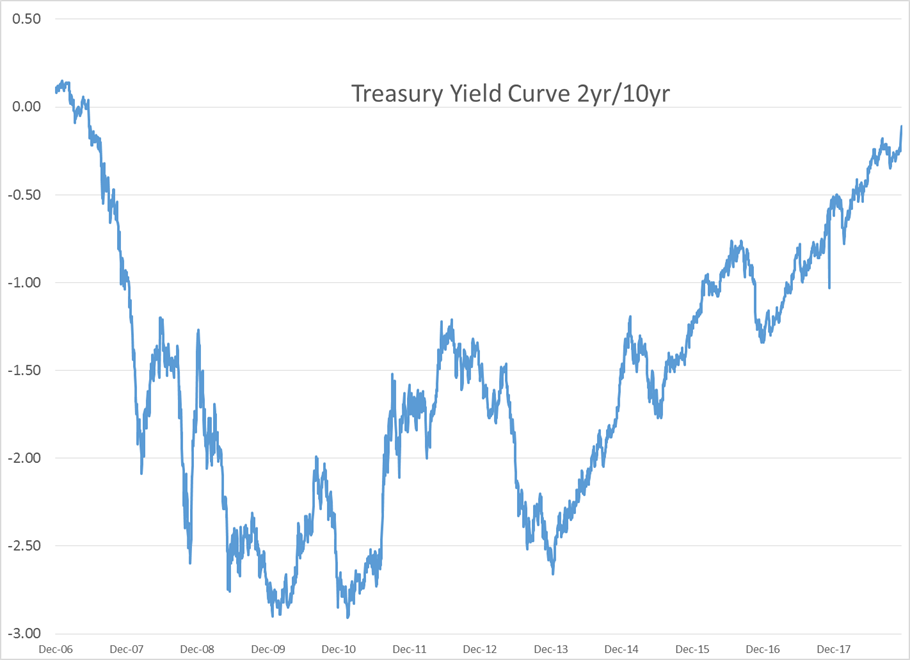