Hurricane Dorian Stalled Over The Bahamas

Hurricane Dorian has stalled over the Bahamas this morning and its sustained winds have weakened to ‘only’ 120mph. As of now it doesn’t look like the eye of the storm, around which the strongest and most destructive winds are, will make landfall on the American mainland. However, evacuation notices have been issues that will affect nearly 3 million people on the east coast, mainly in Florida, Georgia, and the Carolinas. Impact on energy prices remain localized as of now with refined product terminals shuttering in preparation for storm surges and potential flash flooding from sustained rainfall.

Energy prices are down sharply this morning on news that Beijing and Washington are back at it with the trade debacle. For the first time in the trade war, China has targeted US crude oil exports, adding a 5% tariff to the product and sending futures lower over 2.5%. The latest move comes in response to the White House fulfilling its intention to issue an additional 15% tariff on various Chinese imports.

Managed money cut their long positions in energy futures last month, bringing the net position in ULSD close to flat for the first time since last May.

Baker Hughes reported a decline in total US oil production rigs for last week. The decrease, mainly seen in rig closures in the Permian basin, has sent this year’s total operating count lower than that of 2017. 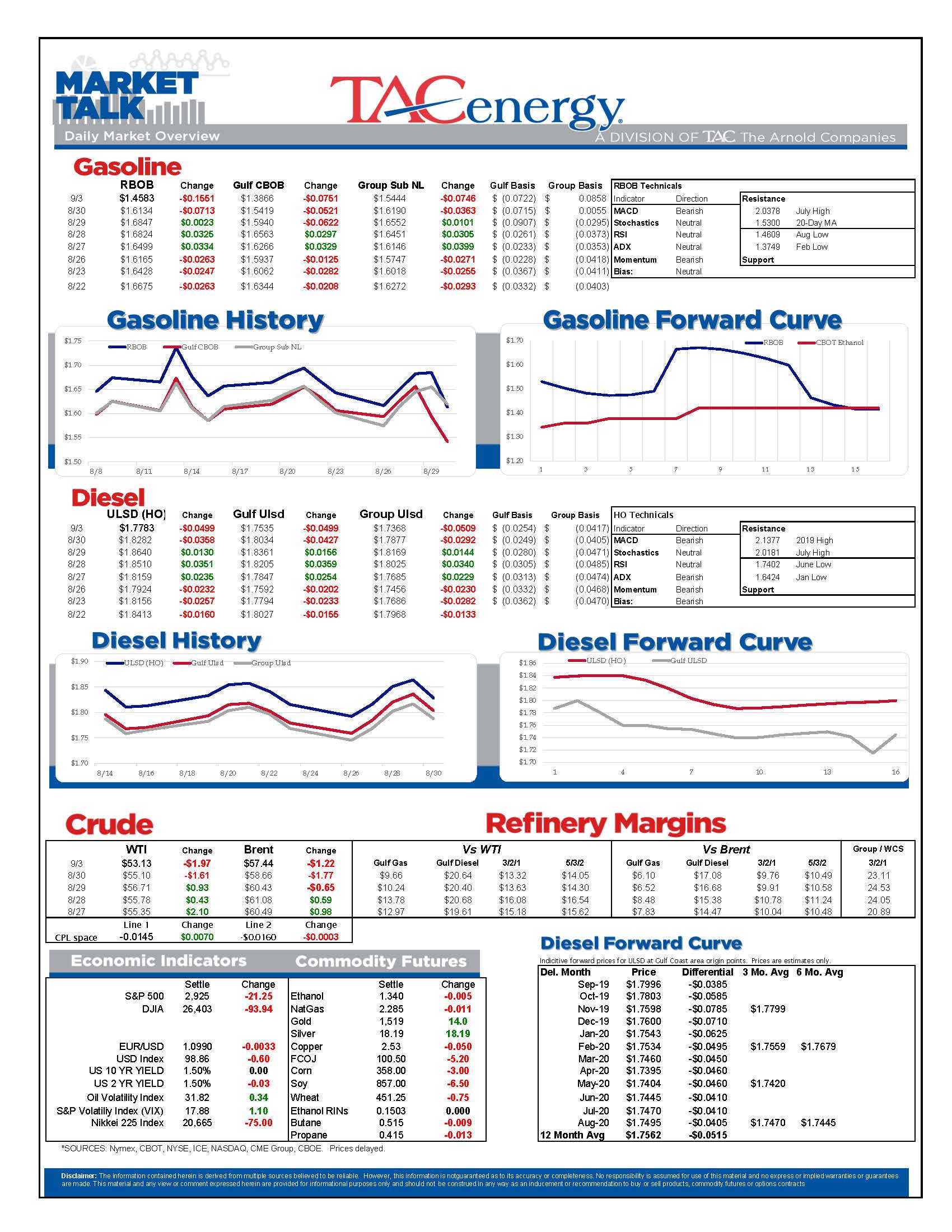 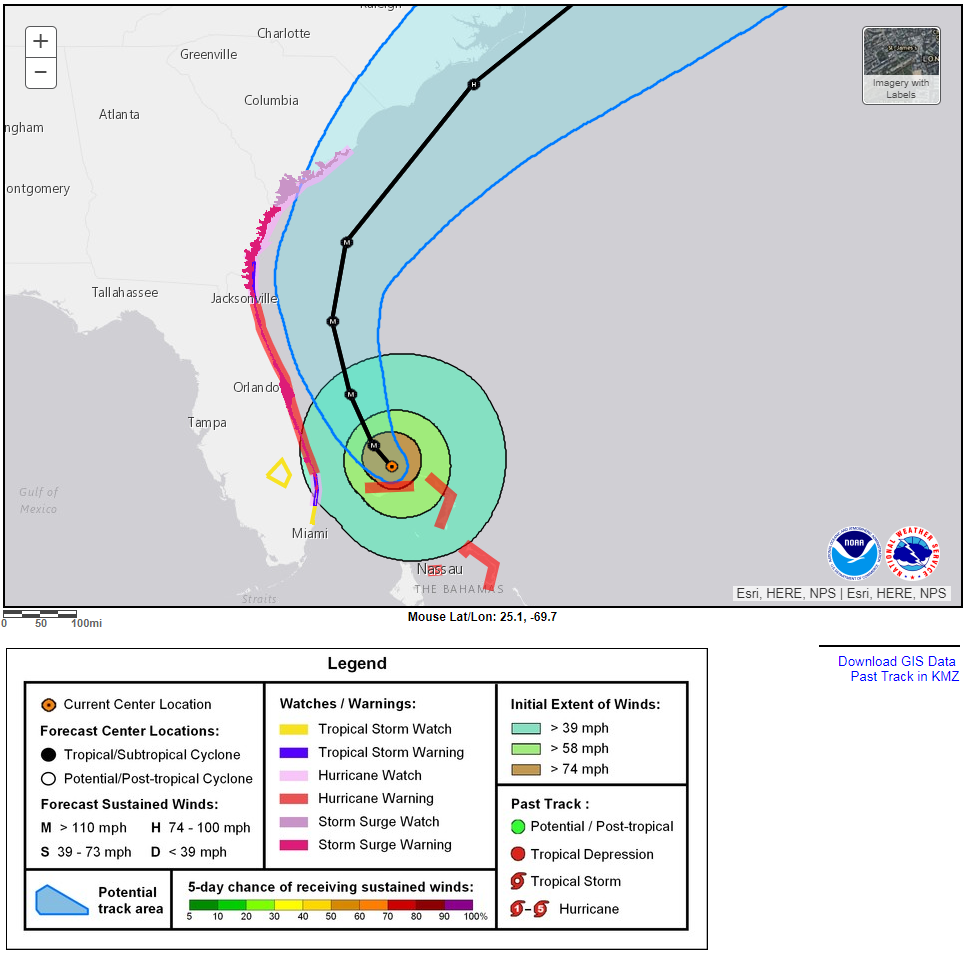 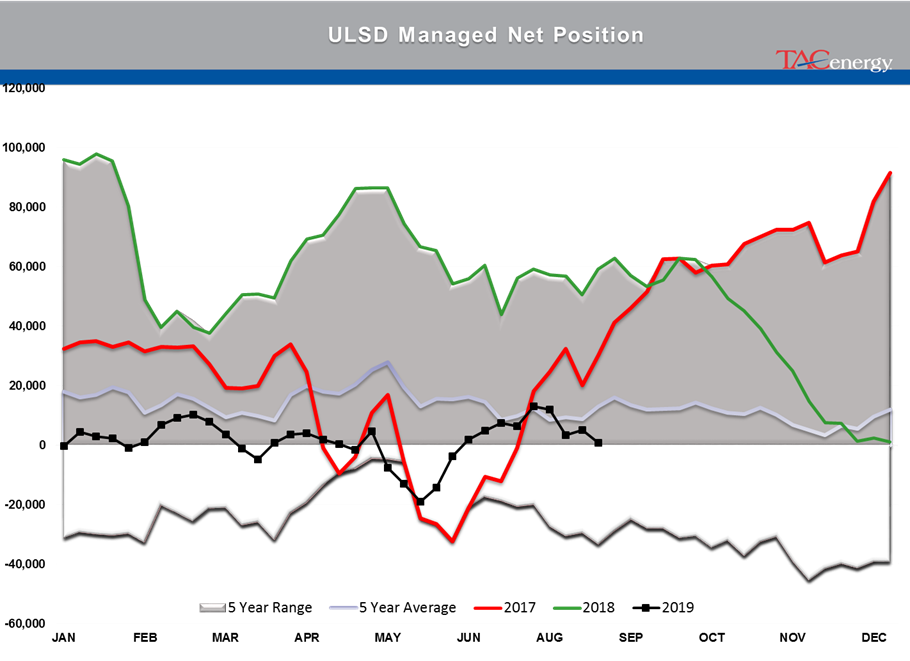