The American Petroleum Institute published their weekly inventory estimates yesterday, reporting a 10.5 million barrel increase in crude oil stocks. While a build was likely with the busy refinery turnaround season, one that large seems exaggerated especially given it’s about 3 times larger than analysts’ estimates. Nonetheless, prices are pulling back this morning with WTI down about 30 cents per barrel and RBOB and HO down 2 cents and ~1.5 cents, respectively.

The EIA report, comprised of data that is mandated to be shared by industry parties rather than volunteered, may have a more conservative crude inventory number. We will be watching for the data release at 10am CDT.

We’ve gotten a bit more directional guidance with the storm developing in the Gulf of Mexico. The National Hurricane Center is projecting the system will head towards the western Florida coast, which would keep it away from the vast majority of energy infrastructure in the area. Both 2-day and 5-day forecasts put the chances of development at 80% for each time frame; tropical activity in the area seems imminent.

Refined product charts seem to be forming a coil pattern that looks set to break out over the next few days. A fundamental push in either direction could be all that’s needed for a larger-than-usual market move. RBOB has about 9 cents of open water on either side of unchanged before running into support/resistance. HO’s price is more technically constrained, it’s got about a nickel to run in either direction. 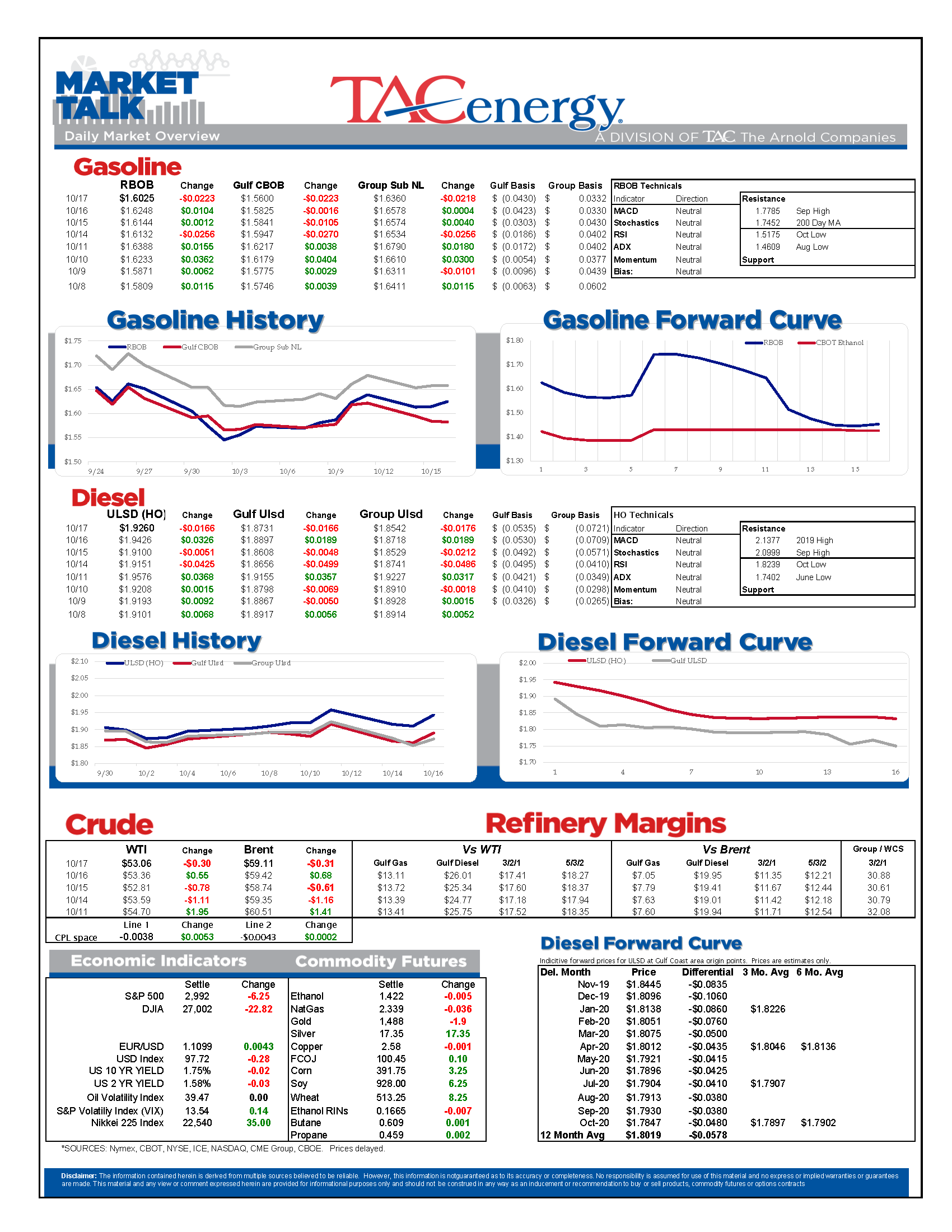 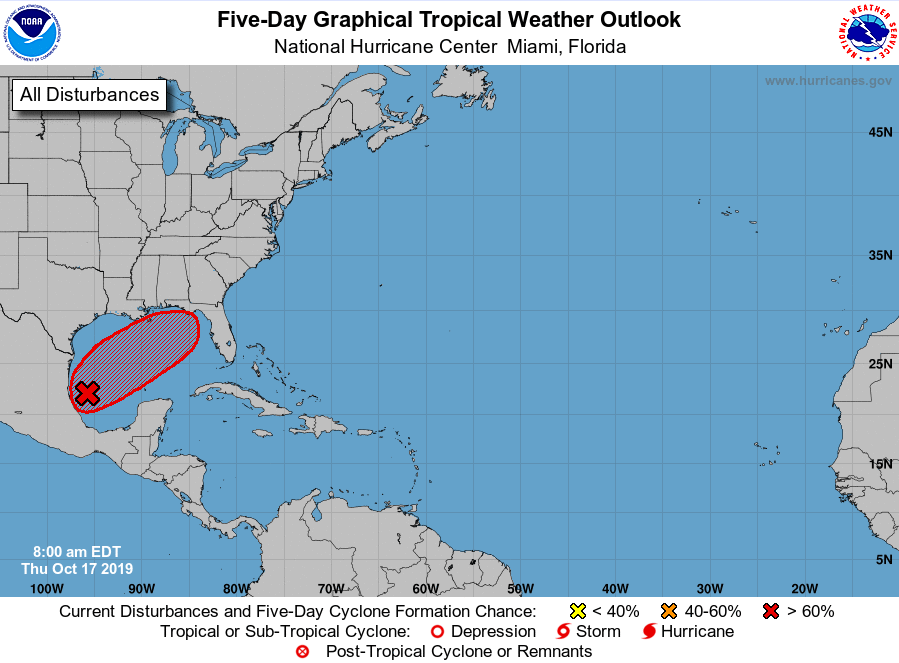