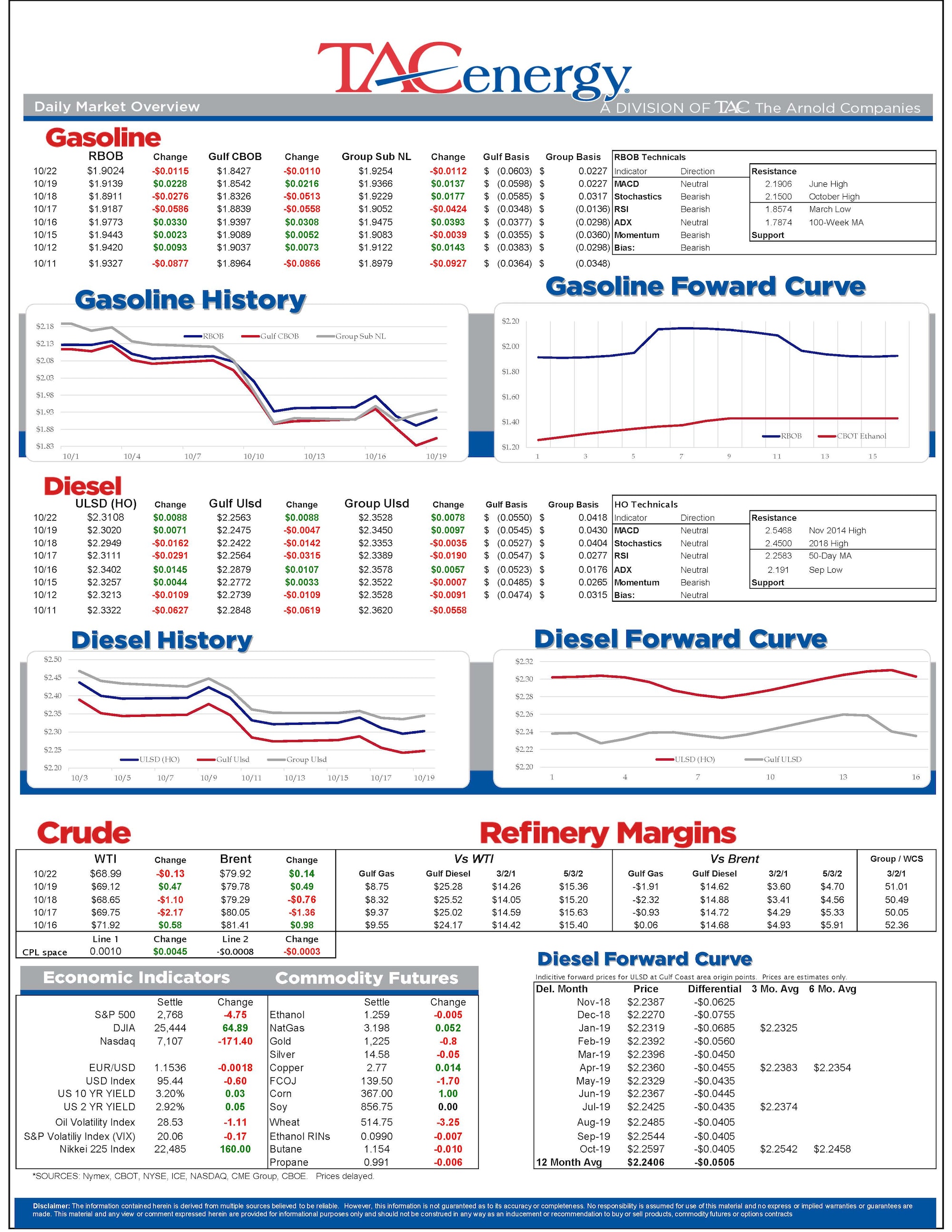 It’s a mixed start for energy markets to begin the week with oil and diesel futures clinging to modest gains while gasoline prices drop about a penny. Nervous markets around the world continue to be an overriding theme as trade threats, rising interest rates, and a potential regime shake-up in the world’s most critical oil producer all remain front and center in the headlines.

The Saudi mystery took several turns this weekend, with several high ranking officials being removed from their positions after the Kingdom changed its story on what happened to journalist Jamal Khashoggi. Energy traders are breathing a little easier as the change in stance includes mention that there is “no intention” of using oil as a political weapon against the mounting international pressure.

Money managers slashed their net-long holdings in petroleum contracts across the board in the latest CFTC report, which is not too surprising given the heavy selling we saw in the week preceding the data being collected. Now that the shine has come off the energy rally for the speculative class of trader, a major question is if these funds will stay long or head for the exits as year-end approaches.

Baker Hughes reported 4 more oil rigs were put to work last week in the US, bringing the total to 873 active rigs, the highest count since March of 2015. The rising rig count and rising prices certainly suggests that times are good for US drillers, although a report over the weekend suggests that many in the shale industry continue to struggle to turn a profit.

Two weeks after the explosion at the Irving refinery in St. John NB, investigators are still unable to get to the blast zone to investigate the cause, which could delay repairs and the restart of some units at the plant. So far New York harbor prices still aren’t reacting much to the news, although some signs of tighter supply in New England are showing up at the terminal level.

While Hurricane Michael had little impact on petroleum supplies, the EIA this morning highlighted the widespread electricity outages across the South Eastern US.