Morning Selloff Snowballs Into Something Meaningful

A little morning selloff snowballed into something much more meaningful Tuesday, and when the dust settled petroleum futures had wiped out almost all of their gains from the past two weeks.

“That’s not the reaction we were looking for”: The big sell-off came in the wake of OPEC & Friends formally extending their output cut targets for the next 9 months, and formalizing their partnership through a “charter of cooperation”.

Inventory draws reported by the API late Tuesday seem to have helped the complex find a modest bid through the overnight session, keeping the selling in check for now. The report was said to show a 5 million barrel decline in US Oil stocks, while distillates dropped by 1.7 million barrels and gasoline stocks fell by 387,000 barrels. The EIA’s weekly status report is due out at its normal time this morning.

So what exactly was so bearish to justify Tuesday’s selling? Really, not much. There were reports that Philadelphia union and city leaders were meeting to discuss potential options for restarting part of the shuttered PES refining complex, although most reports suggest it’s unlikely that a new buyer will be found. The EU tariff news was a bearish surprise, although stock markets had a limited reaction to that story. It’s also likely that with vacation season in full swing, and many already looking ahead to the long weekend, the snowball effect was easier to achieve once the selling started due to light trading volume.

Speaking of the long weekend: Spot prices will not be posted Thursday and Friday, even though NYMEX & ICE futures will be trading both days, so most rack postings tonight will carry through the weekend. Most refiners are leaving the option open (as they normally do) to change prices if needed even though most offices will be officially closed until Monday. 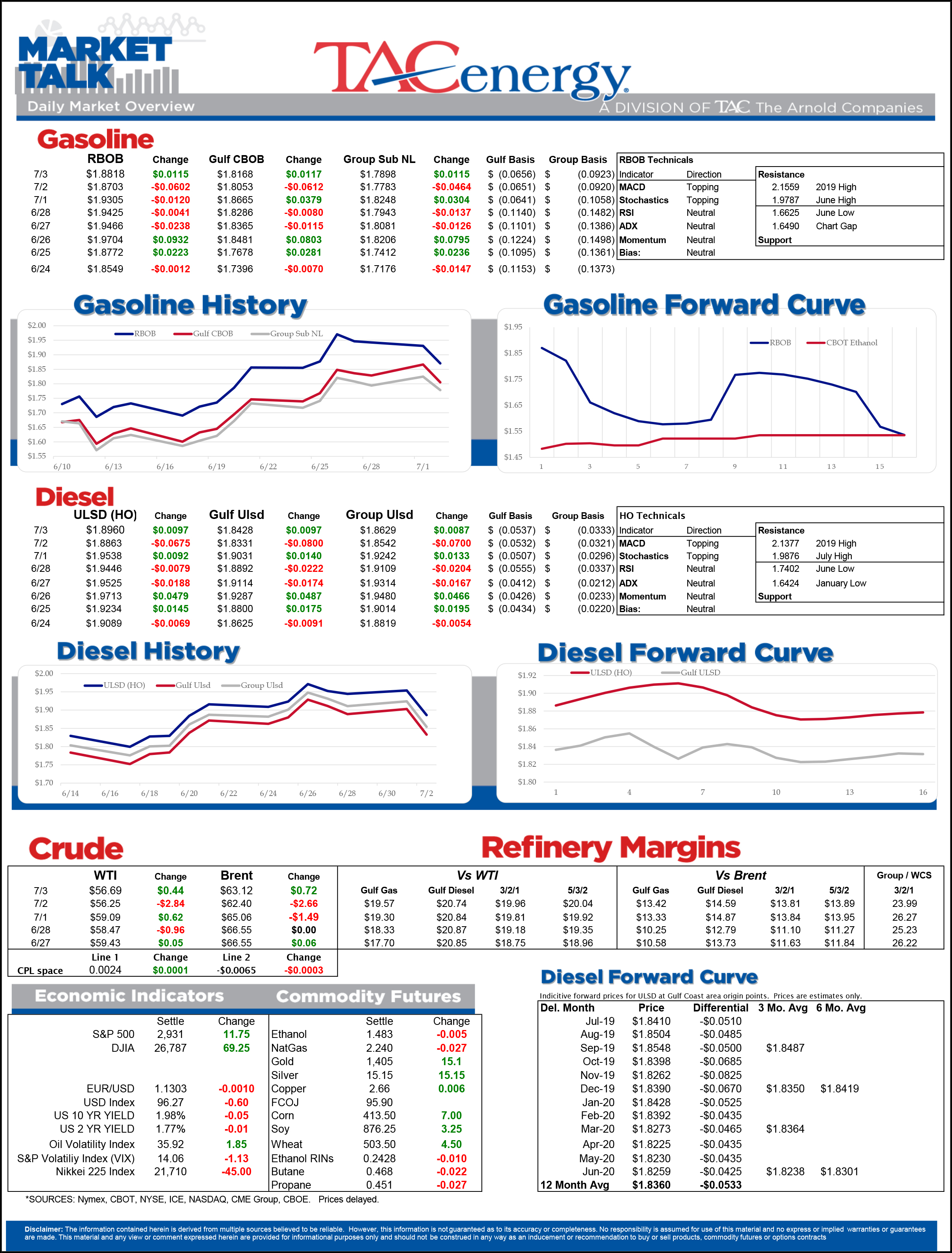