Oil prices are moving higher this morning after bouncing sharply off of early morning lows Tuesday. It appears that both WTI and Brent are following the moves in equity markets that are shifting from global recession fears one moment to hopes for new fiscal stimulus the next.

Diesel prices seem to be following the lead of oil, erasing all of Tuesday’s early losses, and seeing additional strength in most US cash markets (see the Gulf Coast ULSD basis chart below) as demand rebounds from the holiday lows. Gasoline prices continue to lag however, giving back overnight gains after losing more than a nickel Tuesday as another demand-sapping winter storm makes its way across the country.

There remains a great deal of uncertainty around US drilling activity in 2019 with oil prices bouncing back and forth around break-even level for several of the country’s largest shale plays. Schlumberger gave a mixed outlook for 2019 as part of its earnings release Tuesday, suggesting the recent price collapse has forced some firms to cut back on new spending.

There have also been concerns raised that with hedge funds bailing out of energy contracts that hedging for oil producers may become more costly if a lack of speculative longs reduces liquidity. Whether or not that’s true is a hard case to prove under any circumstances given the various and nuanced ways of hedging oil output, and downright impossible currently since we aren’t receiving CFTC data during the government shutdown.

That said, the forward curve charts below show that 2 & 3 year forward values for WTI and Brent have been moving lower over the past week even while prompt prices continued to rally, suggesting that producers may have been using the new year rally as an opportunity to lock in prices for their future output. 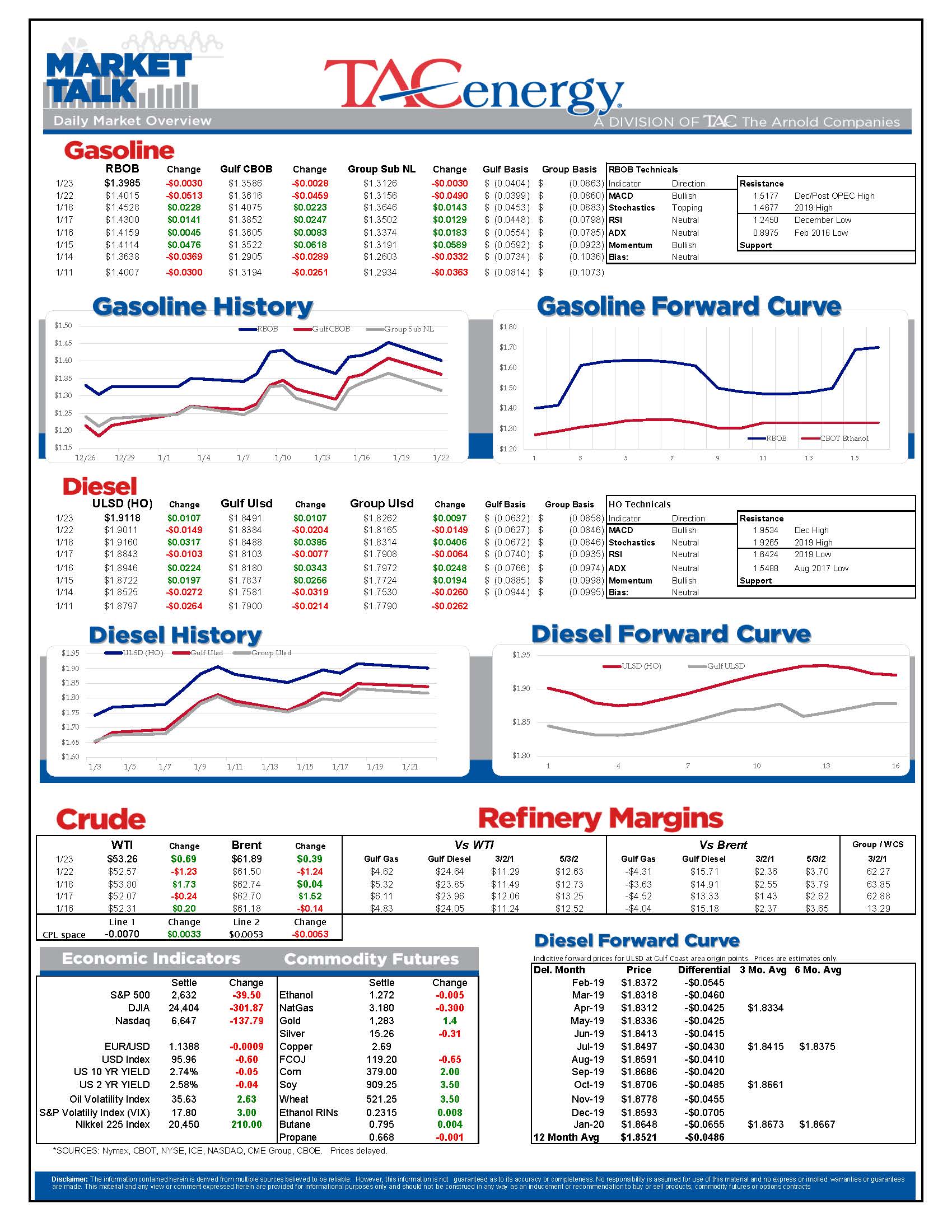 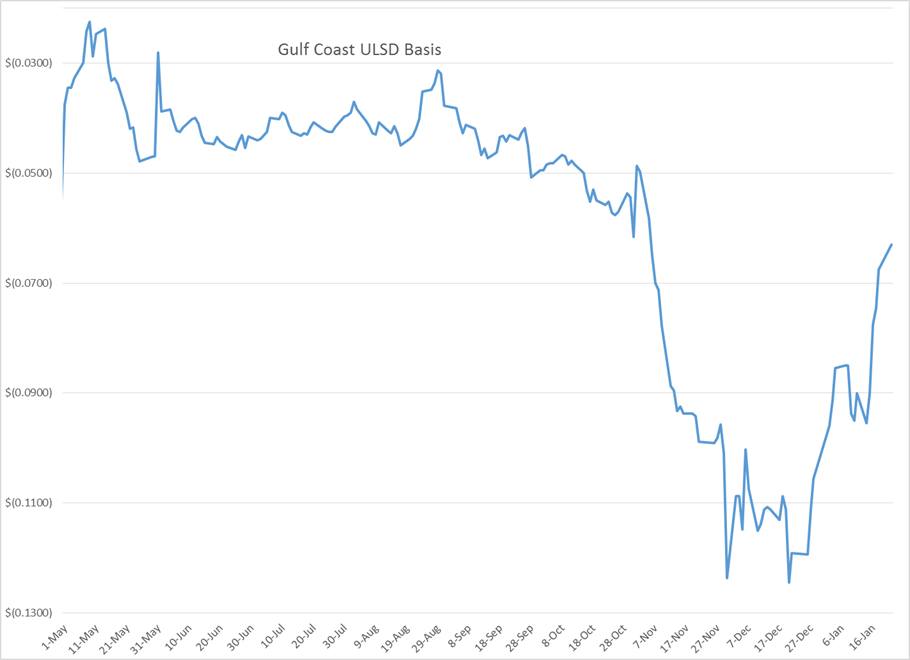 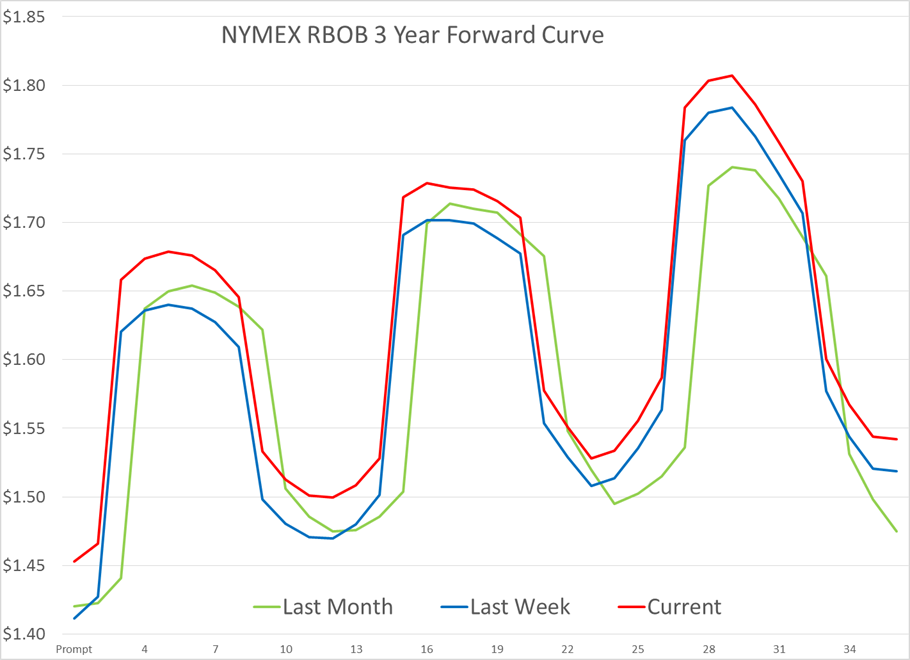