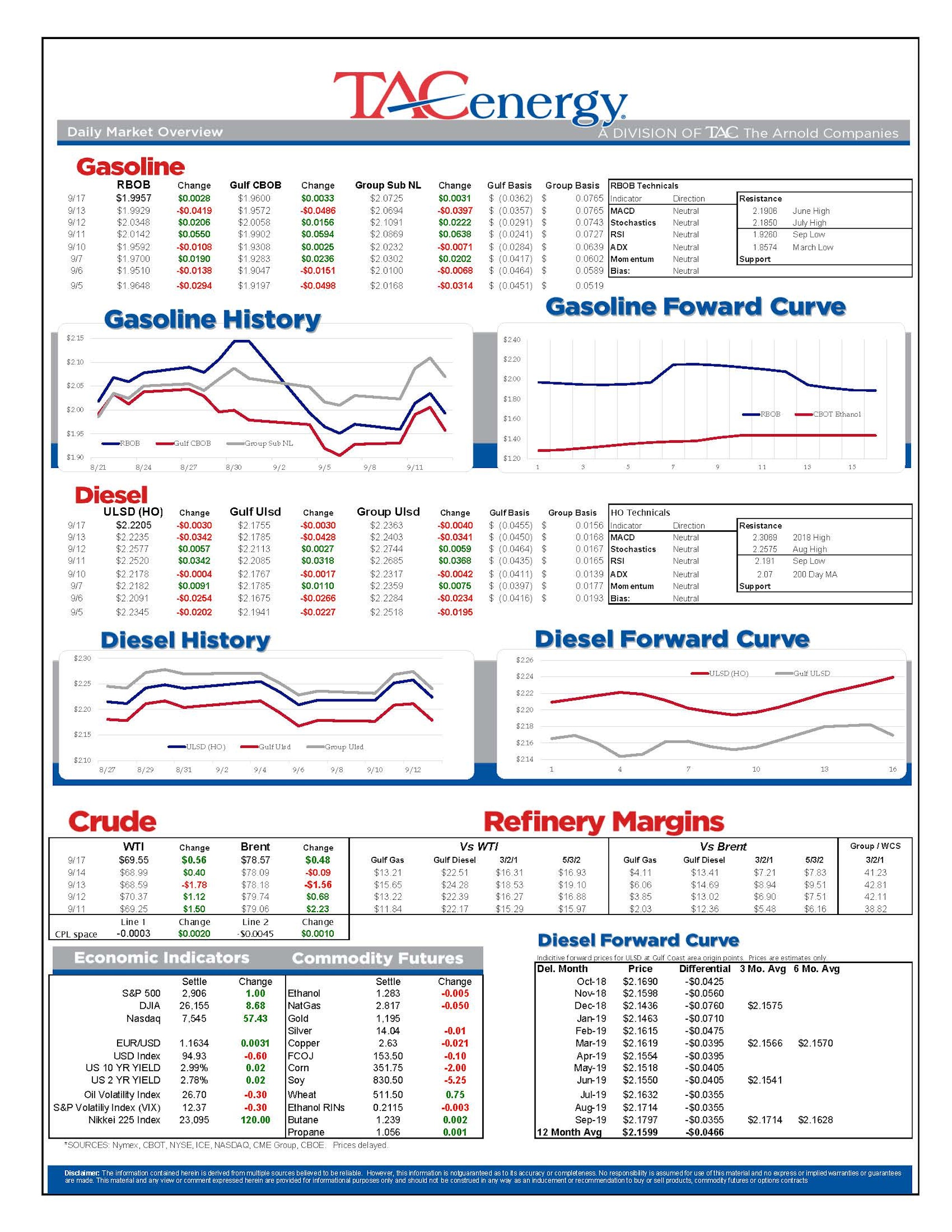 Refined product prices are recovering much of Friday’s losses so far this morning, gasoline futures are up about 2 cents to start the day, diesel futures up just half that at a penny. American crude oil contracts are extending their gains from last week as they poise to make another run at the $70 level.

Hurricane Florence came and went last week and was recently downgraded to a tropical depression early Sunday. For now it seems the largest risk to supply in the area, an outage at Colonial’s major pipeline junction in Greensboro, NC, has passed after heavy rains called for flash flood warnings that only just ended at 7:45 EDT. The depression is projected to drop 1-4 inches of rain throughout the north east region, with the heaviest rainfall focused in northern Pennsylvania, upstate New York, and Massachusetts. Aside from a single port in NC and some spot outages at retail stations near the coast, TD Florence is not expected to have any significant impact to energy infrastructure.

Invest 95L brought heavy rains and mild flooding to Houston/Galveston area but no major impacts have been reported. Fortunately, the disturbance was too close to land to develop into an organized system before making landfall Friday.

The remnants of Isaac, a tropical disturbance just to the south of Jamaica, is now the only potential storm-related threat to the US, and a distant one at that. The National Hurricane Center gives the disturbance a 10% chance to developing into a cyclone over the next 48 hours. It will continue to be monitored but potential impact remains minimal.

Baker Hughes reported an increase of 7 oil production platforms, bringing to total active rig count to a 3 ½ year high. Closures in Texas, New Mexico, and Wyoming were offset by activationss in Louisiana, Pennsylvania, and Colorado.