The roller coaster ride continues, with thousand point swings in the Dow Jones Industrial average and nickel swings in gasoline and diesel futures becoming a daily event as uncertainty over the coronavirus is leaving many people apparently unsure if they should be buying toilet paper or stocks.

Energy futures failed in their second attempt this week to break through overhead resistance, which sets the stage for another drop in prices from a chart perspective, which helps explain why prices are dropping this morning, even though OPEC has agreed to cut production by 1.5 million barrels/day.

The DOE estimates U.S. crude oil production reached a new record high in the past week at 13.1 million barrels/day. That’s one million barrels/day higher than a year ago, and four million barrels/day more than three years ago. Those increases go a long way to explaining why the market doesn’t feel the effects of three of the world’s largest oil producers (Iran, Venezuela and Libya) all operating at a small fraction of their capacity.

Diesel inventories dropped for an eighth straight week as output levels fell to their lowest level in nearly a year. Both the inventory and output levels are following typical seasonal patterns, and we’d expect to see both start increasing over the next few weeks if those patterns hold true this year. With numerous unplanned refinery issues ongoing however, it could take longer this year to see those increases.

Gasoline inventories are also following their typical seasonal pattern, declining for a fifth straight week. Unlike diesel which is trending towards the bottom end of its five year seasonal range, total U.S. gasoline stocks are holding near the top end of their range as a glut of inventory in the middle of the country (PADDs 2, 3 & 4) offset relatively tight inventory on the East and West coasts (PADDs 1&5). 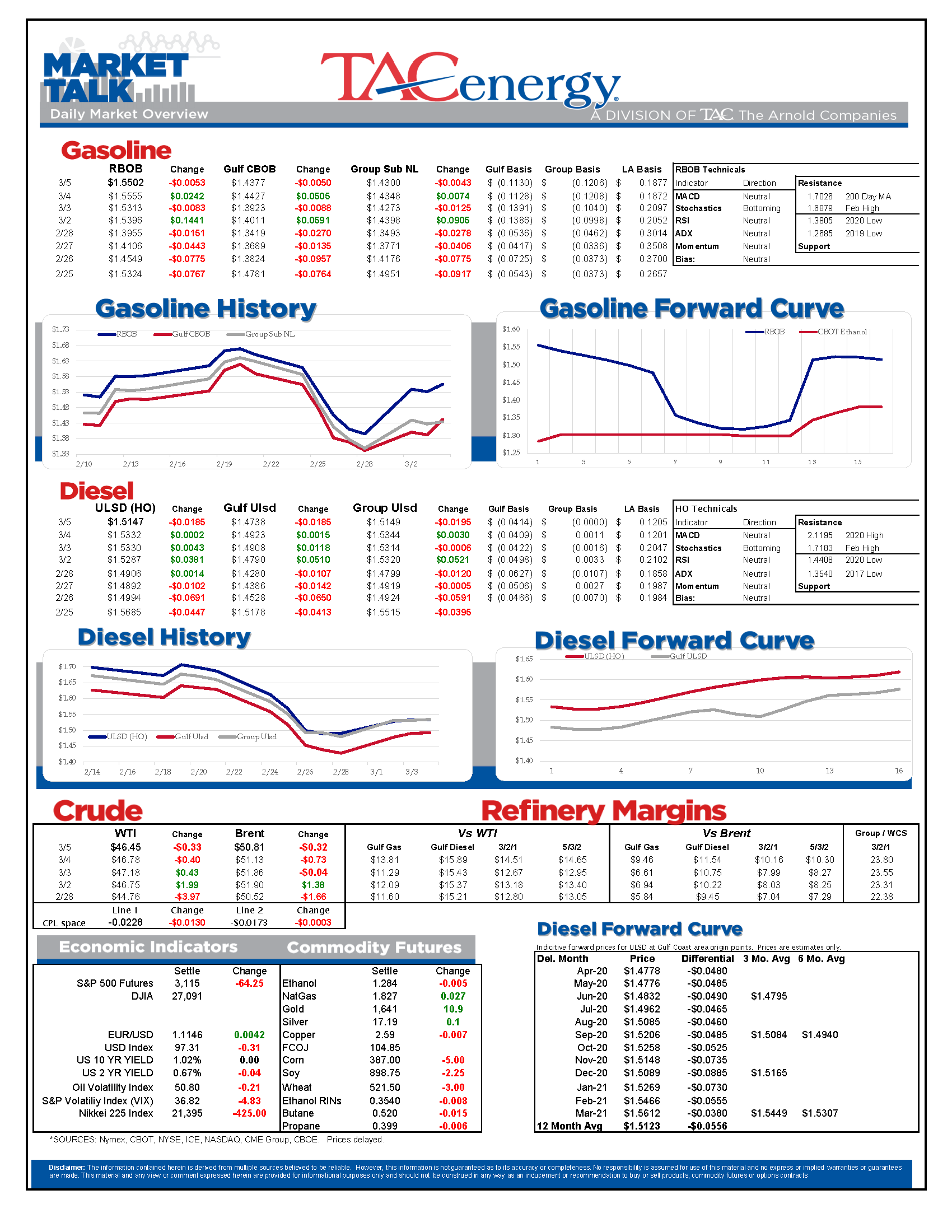 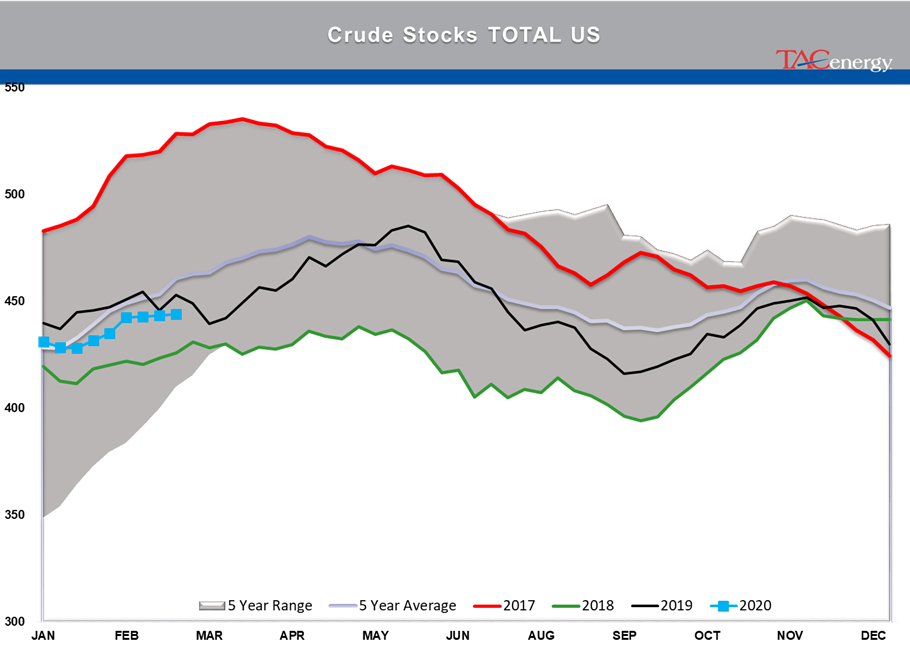 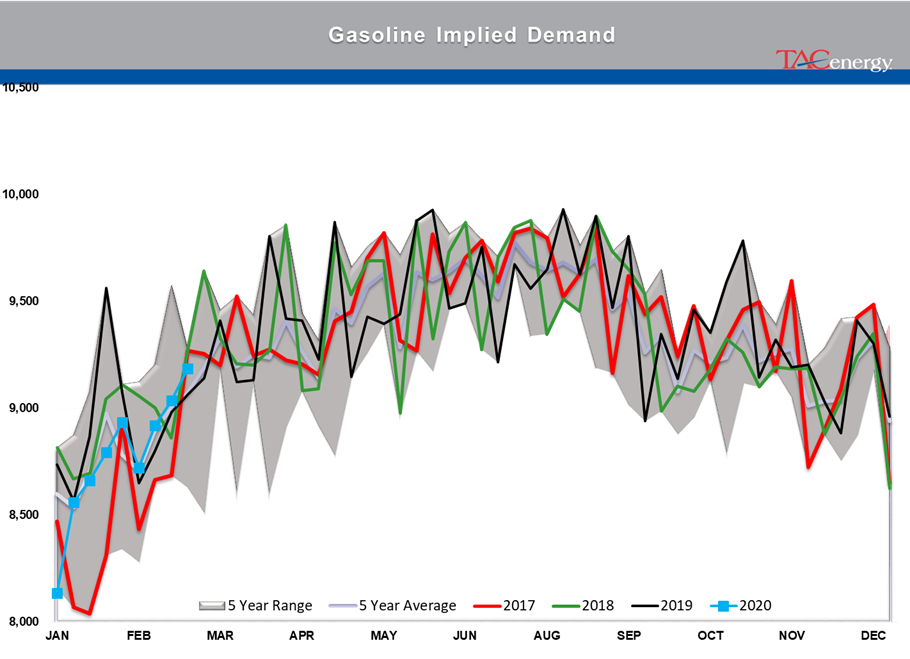