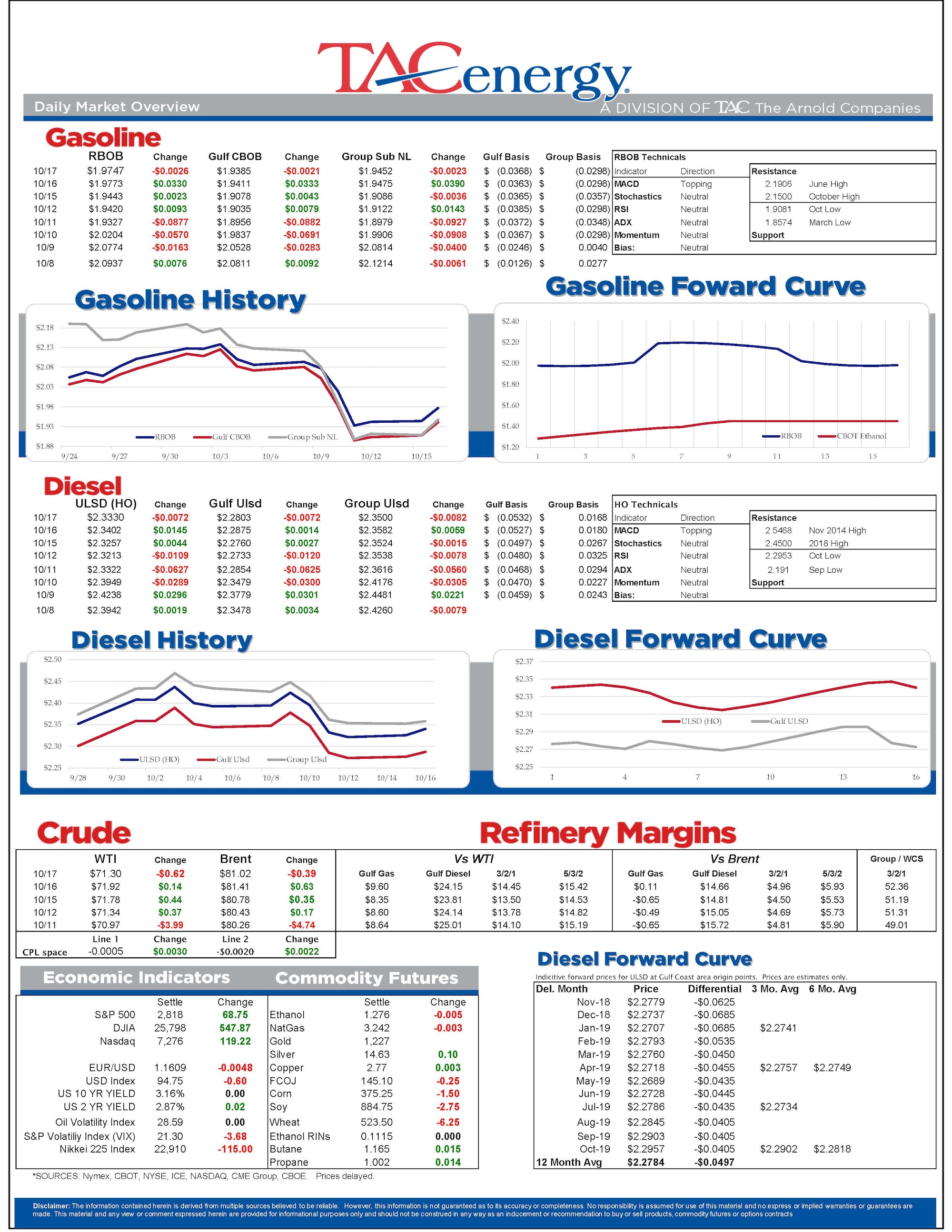 It’s a mixed bag to start for energy prices as traders try to balance another volatile week for US equity markets, the lingering uncertainty surrounding Saudi Arabia, along with the normal weekly inventory data.

The API was said to show inventory declines across the board, with oil stocks off more than 2 million barrels after last week’s huge build. Refined product stocks also were reported to decline, which helped prices move higher overnight, although most contracts have moved slightly into the red this morning. The DOE’s weekly report will be out at its regular time of 10:30 eastern.

US Equities are pointing to a lower open this morning after a strong recovery rally Tuesday erased a good portion of last week’s losses as some positive quarterly earnings reports helped sooth some of the fears that seemed to be driving the action last week. That rally failed to hold through the Asian and European sessions overnight, which seems to be contributing to the pullback in petroleum futures this morning.

Still more questions than answers coming out of Saudi Arabia, as the international debate of what happened, and what might happen rages on. An interesting side note in the Saudi debate; OPEC is nervous it may be sued under US anti-trust laws, and may avoid mentioning oil prices in its meetings.

Irving oil said all of its contractors are back on site at the refinery in St. John that had been shuttered since an explosion last Monday. It’s still unclear how long the facility may be offline or at reduced rates, with the note saying only that turnaround activity would continue and that, “…safety remains paramount as we resume operations of our facilities in a phased approach.”