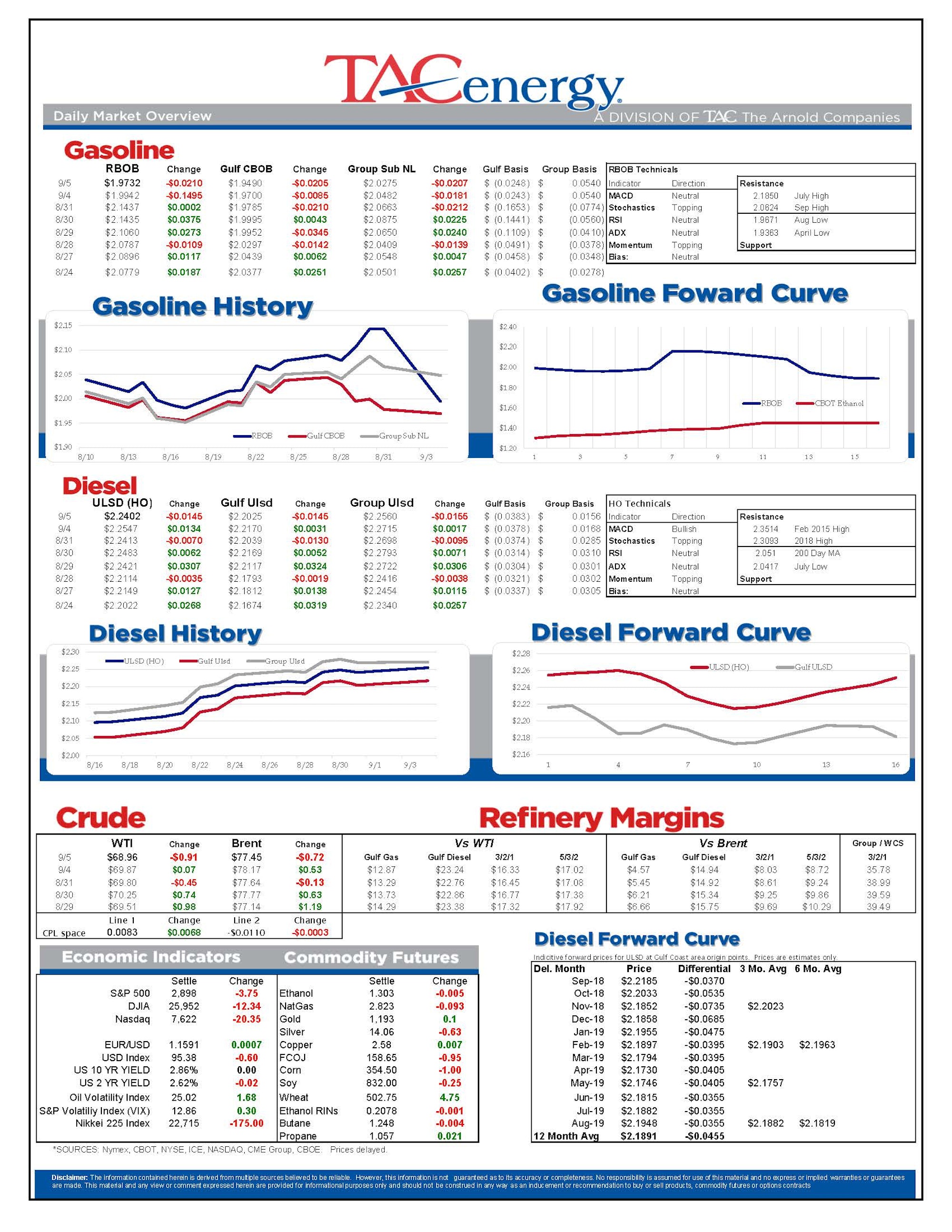 Gasoline prices are trading 9 cents below where they were this time yesterday, and diesel prices are down some 7 cents, as Tropical Storm Gordon took a path that avoided most Gulf Coast oil production and refining assets.

After an overnight buying spree Monday, sellers started bringing prices back to reality around 8am Tuesday as it appeared the storm would miss New Orleans. The selling picked up pace into the close and RBOB futures ended the day in negative territory after being up more than 6 cents to start. That type of intra-day reversal creates a bearish chart formation which has not disappointed as prices have slumped another 2 cents so far this morning.

While Gordon came onshore far enough east that it doesn’t appear to have disrupted refiners in Louisiana, its landfall was just a few miles from Chevron’s 370mb/day refinery in Pascagoula Mississippi, and there have not yet been reports on that facility’s status. That plant is a key supplier of waterborne fuel supplies to Florida, so there could still be some regional impacts if there was damage done to the plant or its docks by this storm, but any impact looks to be minor compared to what it would have been if the storm had shifted further west.

Although most Gulf Coast refiners dodged a major bullet from Gordon this week, there’s no time to take a breather as Hurricane Florence is already churning through the Atlantic and may come uncomfortably close to the US East Coast next week, and Helene and Isaac are expected to form right behind her.

In non-weather news, a stronger dollar looks like it’s once again helping the downward pressure in energy prices, and several Wall Street firms masquerading as banks are predicting that oil prices will be lower next year.