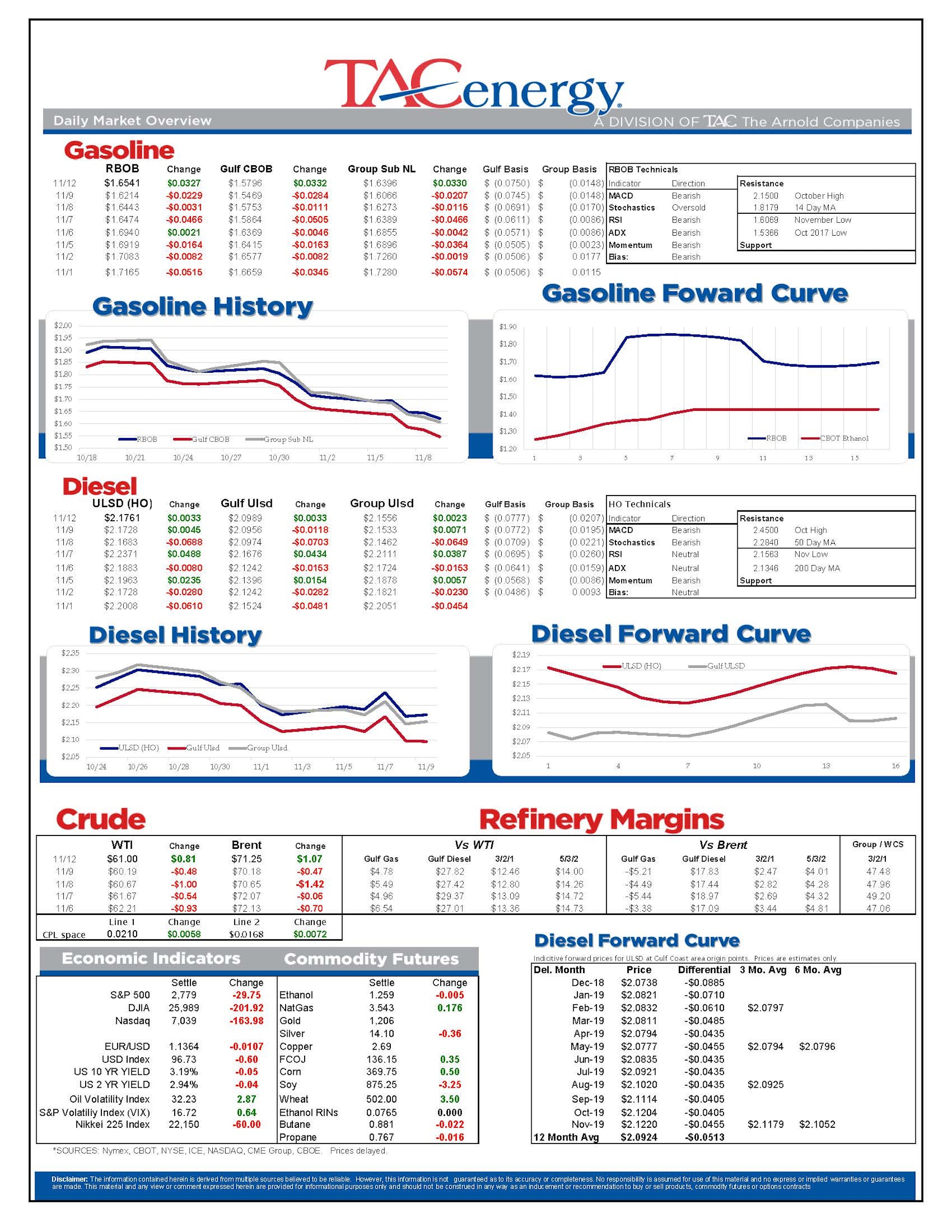 WTI settled lower for a 10th straight session on Friday, marking the first time in the 35 year history of the contract that’s happened. That streak appears to be coming to an end this morning after Saudi Arabia put its foot down, deciding it would take steps to rebalance the suddenly-oversupplied oil market, sending prices up more than 1% overnight.

Although OPEC did not officially make any changes to its policy during meetings this weekend, they did set the stage for a production cut at their next meeting in early December. While Russia warned the cartel not to make any “hasty” decisions, Saudi Arabia wasted no time announcing that it would unilaterally reduce output by around 500,000 barrels/day in December now that waivers have been granted that will allow more Iranian oil to reach the market.

Baker Hughes reported an increase of 12 drilling rigs in the US last week, the largest weekly increase in almost 6 months, which brings the total count to its highest since March of 2015. Unlike what we’ve seen most of the past year, Texas did not account for the majority of the increase last week. The Lone-Star State actually saw a decrease of 1 rig, while the gains were spread among Alaska, Colorado, Louisiana, New Mexico, North Dakota and Oklahoma.

Money managers continue to bail out of their long positions (bets on higher prices) across the petroleum complex, with net-length held by the large speculative category of trader reaching the lowest levels in more than a year for most contracts last week. It will be interesting to see if the change in stance from the Saudi’s will encourage the funds to return to betting on higher oil prices, but with open interest in Brent reaching a 2 year low, it’s possible the big money is just taking its ball to another game.

There are only a few weeks left in the 2018 Atlantic hurricane season, but it appears we’ll have to deal with at least one more storm. The system is given a 90% chance of developing into a tropical system over the next 5 days as it heads towards Florida. At this point it looks like it will get pushed back out to sea, but we’ll need to watch it for a few more days to be sure there won’t be any impact to energy infrastructure.